BY Heather Hughes on November 27, 2017 | Comments: one comment
Related : Soap Opera, Spoiler, Television, The Young and the Restless 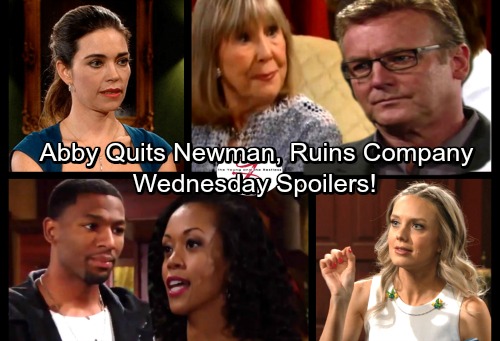 The Young and the Restless (Y&R) spoilers for Wednesday, November 29, tease that Nick (Joshua Morrow) will be determined to seek justice. He’ll confront Paul (Doug Davidson) about the fire investigation and demand to know what the holdup is. Nick will ask how they’re going to get the person who torched his club.

Paul will admit that Nick’s suspicions were correct. Dina (Marla Adams) was indeed the one who set the blaze, but Paul won’t think charges are appropriate thanks to Jack’s (Peter Bergman) news. It sounds like Paul will fill Nick in on Dina’s Alzheimer’s diagnosis. Once Nick understands that Dina wasn’t in her right mind, he’ll likely agree that Dina needs better care instead of prison. 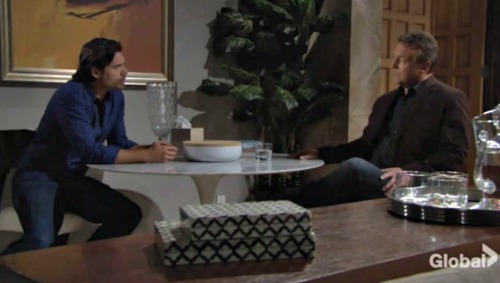 Other Young and the Restless spoilers say Hilary (Mishael Morgan) will be feeling pretty low. Tuesday’s episode brings a nude photo scandal, so Wednesday will leave Hilary furious with Jordan (Darnell Kirkwood) and in need of a new strategy. Fortunately, Devon (Bryton James) will step up at exactly the right moment. He’ll meet with Hilary to discuss an intriguing proposal.

Since Neil (Kristoff St. John) is a public relations pro now, perhaps Hilary will want Devon to work out a favor. She might think Neil is the best person to handle this crisis. Hilary’s career is at stake, so she’ll definitely be looking for a way to do damage control.

Speaking of damage control, Y&R spoilers say Victoria (Amelia Heinle) will have to do some of that as well. In Tuesday’s episode, Abby (Melissa Ordway) goes rogue at a press conference. She tells the truth instead of reading the comments Victoria prepared. Naturally, that move will land Abby in hot water on Wednesday. An explosive argument will lead to Abby’s departure from Newman Enterprises.

Victoria will try to fire her sister, but Abby will save her the trouble. She’ll shout that she quits, but Victoria will still have a mess to deal with. By the end of the week, Abby will add to Victoria’s misery. We’ll give you updates as other Young and the Restless details emerge. Stick with Y&R and don’t forget to check CDL often for the latest Young and the Restless spoilers, updates and news.