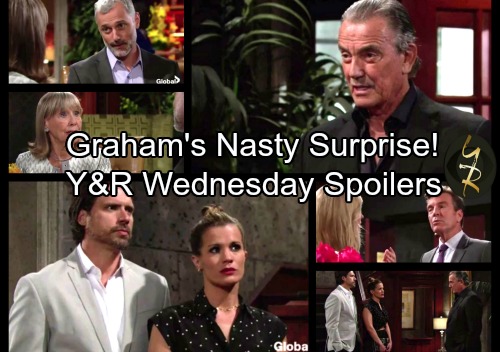 The Young and the Restless (Y&R) spoilers for Wednesday, October 11, tease that Nick (Joshua Morrow) and Victor (Eric Braeden) will face off. That’s not unusual for this father and son, but Nick will be exceptionally confident this time around. Since Nick has an exclusive interview in the works, he’s feeling pretty good about his chances of taking Victor down.

When Nick drops a hint about what’s ahead, Victor will offer a warning in return. He’ll insist that Nick had better be careful about coming after him. Victor will contend that he can take away anything Nick has. He’ll feel like he could destroy every part of Nick’s life and he’s exactly right. 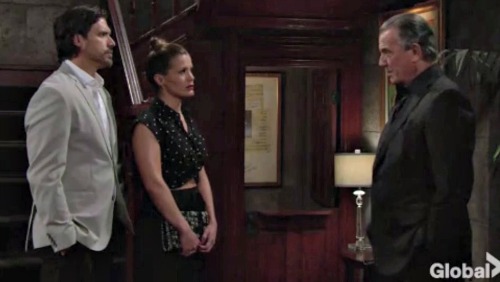 Y&R seems to be setting the stage for a big reveal. Christian’s (Jude and Ozzy McGuigen) paternity has been kept under wraps for quite a while, but the truth could come out soon enough. When Nick learns Adam (Justin Hartley) is Christian’s real father, it’ll be the ultimate blow! Major trouble is definitely headed Nick’s way.

Elsewhere, Ashley (Eileen Davidson) will have her own issues to deal with. The award party will eventually bring some serious drama, but we’re not there just yet. The Young and the Restless spoilers say they’ll give us the calm before the storm. 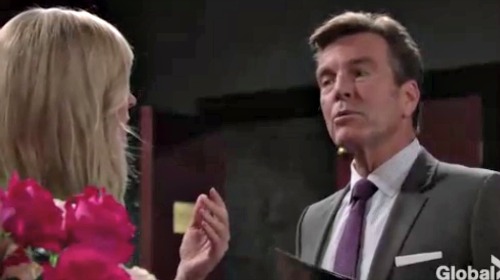 Jack (Peter Bergman) may urge Ashley to put all the Graham (Max Shippee) problems out of her head. He’ll want to make sure Ashley enjoys her special night. Jack will argue that this evening is all about celebrating Ashley with the people who care about her. She’ll try to have a nice time, but she won’t lose sight of her goal. 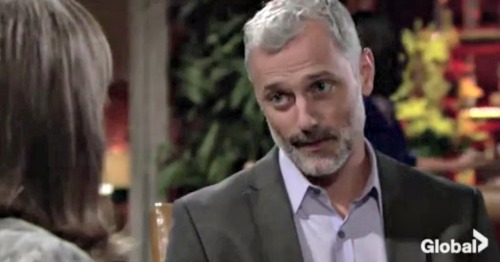 Ashley wants Graham at this event so she can keep an eye on him and hopefully show Dina (Marla Adams) his true colors. Unfortunately, letting Graham attend will turn out to be a huge mistake. The Young and the Restless spoilers say Dina will be surprised that her companion received an invitation. Graham will suggest it won’t be the only surprise before the evening’s over.

It sounds like Graham is just about ready to blow up the Abbott family. Ashley isn’t really John’s (Jerry Douglas) daughter and that fact will likely come out. We’ll give you updates as other Y&R news comes in. Stay tuned to the CBS soap and don’t forget to check CDL often for the latest Young and the Restless spoilers, updates and news.