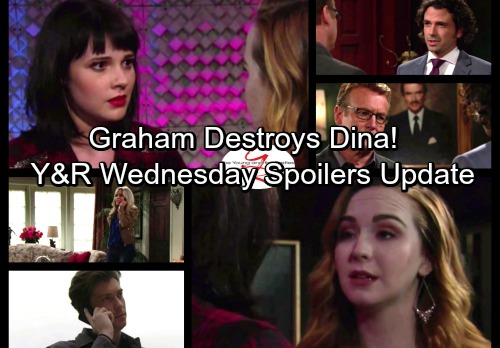 The Young and the Restless (Y&R) spoilers updates for Wednesday, September 27, tease that Graham (Max Shippee) will pester Dina (Marla Adams) by mentioning Ashley’s (Eileen Davidson) paternity again. She’ll dismiss the notion that John (Jerry Douglas) wasn’t Ashley’s father. She may not be an Abbott by blood, but John loved her the same.

Afterward, Graham will call his mother at her retirement home in Florida. Myrna will talk about Brent Davis mixing it up with women years ago. She’ll contend that Dina is nothing but a tramp. Graham will promise to focus on the plan to make Dina pay. She destroyed their family and must go down for that.

At the recording studio, Mariah (Camryn Grimes) will chicken out of her confession idea. Tessa (Cait Fairbanks) will suggest that Mariah is like family to her, so they’ll just stick with the status quo. At Alice’s (Tamara Clatterbuck) place, she’ll have a phone conversation with Zack (Ryan Ashton). He’ll insist that Crystal (Morgan Obenreder) is staying put until he delivers other orders.

Natalia (Tina Ivlev) will manage to get her hands on Alice’s phone. She’ll secretly text Tessa to say Crystal is safe and Alice is going to check on her soon. Once Tessa shows Mariah the message, she’ll guess that Natalia must be behind it. 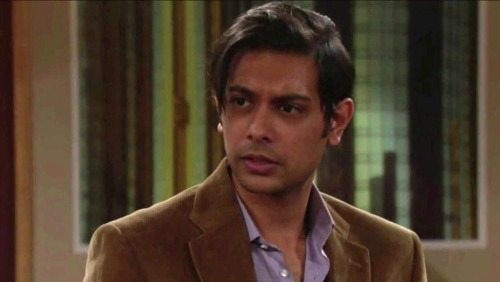 At Newman Enterprises, Scott (Daniel Hall) will get bad news from Paul (Doug Davidson). The music promoter’s credit card details didn’t provide any clues. Scott will mention his sex trafficking expose to Abby (Melissa Ordway) and she’ll fill Zack in a little later. This certainly isn’t the kind of story Zack will approve of!

At Jabot, Jack (Peter Bergman) will assume Billy (Jason Thompson) is the one responsible for the cyberattack. He’ll tell Ashley and Ravi (Abhi Sinha) about his plan to turn the tables. Jack’s going to put up phony info to lead Victoria (Amelia Heinle) and Billy off track.

Once Ravi and Ashley are in the loop, Jack will downplay the drama to Phyllis (Gina Tognoni). He’ll convince her that the threat was just a false alarm. Meanwhile, The Young and the Restless spoilers state that Victoria will have major suspicions. She’ll feel like Phyllis and Jack are teaming up against Brash and Sassy.

Billy will maintain that Jack is their one and only target, but Victoria’s doubts will remain. Elsewhere, Y&R spoilers say Graham will show up to see Ashley. He’ll demand Dina’s laptop as well as an admission that Ashley’s accusations were wrong. Ashley will suggest that Graham is out of luck. She won’t be giving up the laptop or offering any kind of apology.