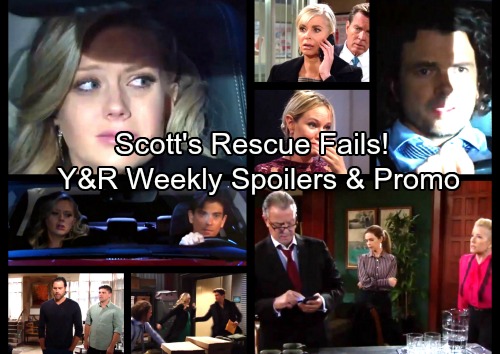 The Young and the Restless (Y&R) spoilers for the week of November 13-17 tease that we’ll see some shocking situations on the CBS soap. For starters, Abby (Melissa Ordway) will find herself in grave danger thanks to a bad decision. She’ll agree to get in Zack’s (Ryan Ashton) car and let him explain, but that’s obviously a terrible idea.

When it becomes clear that Zack is lying, Abby will break up with him and order him to pull over. Zack will insist that he can’t let Abby out of the vehicle. Instead, he’ll take Abby to a storage locker and beg for another shot. Scott (Daniel Hall) will try to save Abby, but things will quickly spiral out of control. Zack will end up tossing them both in the storage unit. He’ll take off and leave them locked up.

The Young and the Restless spoilers say Abby and Zack will be trapped without any way to contact the outside world. It looks like they won’t be able to get a signal on their phone, so they’ll just have to wait and wonder if help’s coming. Paul (Doug Davidson) will struggle to track them in the middle of nowhere.

Nikki (Melody Thomas Scott) will be horrified when she learns the extent of Zack’s crimes. She’ll exclaim that Abby has been kidnapped by a murderer. Ashley (Eileen Davidson) will grow increasingly concerned about her daughter. She’ll know that Abby could be in big trouble.

Paul will eventually deliver some unpleasant updates. Sharon (Sharon Case) will tear up as she clasps her hand over her mouth. Ashley will drop her phone at one point as her eyes signal total terror. The Young and the Restless spoilers indicate that some frightening moments are coming up. 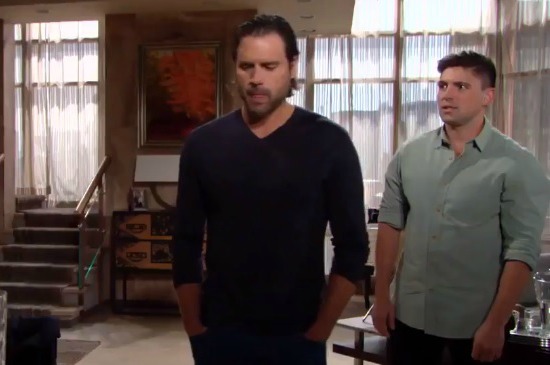 While Scott and Abby’s loved ones fret, Nick (Joshua Morrow) will also battle some worries. He’ll fill Noah (Robert Adamson) in on some difficult news this week. Y&R spoilers say Noah will be taken aback by the source of The Underground blaze. Nick will note that the fire department thinks it was arson and he’s the number one suspect.

Dina (Marla Adams) is really to blame, but how long will it take Nick and everyone else to figure that out? We’ll keep you posted as other Y&R info comes in. Stay tuned to the CBS soap and don’t forget to check CDL often for the latest Young and the Restless spoilers, updates and news.