The Young and the Restless Spoilers: Who Has The Worst Fashion Sense in Genoa City? – Characters Called Out By Name 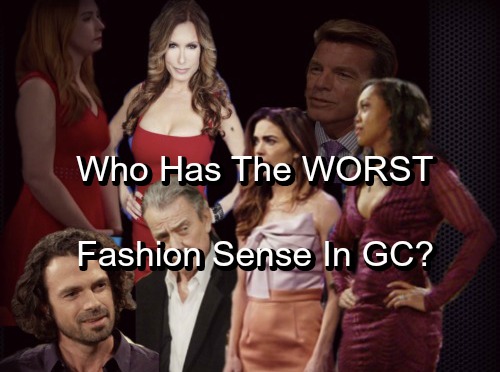 The Young and the Restless spoilers present a shallow question. Which character has the worst fashion sense in Genoa City? As their alter ego’s wardrobe’s are generally chosen in accordance with whatever TPTB suggest, this query isn’t meant to tag connected actors with making fashion faux paus. It’s also intended to play off what Richard Blackwell, the initiator of the worst-dressed list, founded.

Scott (Daniel Hall) is his own fashion story. Mr. Grainger, the 1970’s are calling on a rotary phone. Yes, it’s for you.

Could this guy’s hair be more ridiculous? No. And now, the head of Hashtag deserves yet a third stanza.

Scott sports a bird’s nest, scouring pad combination that’s infused with far too much gooey hair gel. At least Sharon (Sharon Case) put razor to face and eliminated his scruff. But she hasn’t yet tackled his 1990’s grunge clothing look. 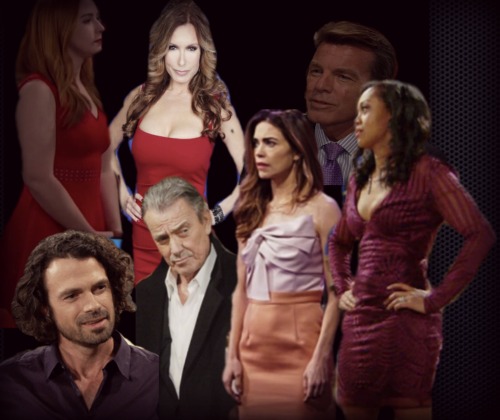 Victor (Eric Braeden) dresses in varied shades, as long as they’re all black. Projecting the darkness in his heart, the ‘Black Knight’ has long worn clothes that fit his dastardly demeanor. And then there’s that stubble rub above his lip as well.

Vickie (Amelia Heinle) wears various stages of frizzy, depending upon what day of the week it is. She often looks disheveled and no, that look can’t be blamed on her being a mom. There are plenty of well kempt mothers in the world. Princess Victoria, wearer of the half-cocked tiara isn’t one of them.

Mariah (Camryn Grimes) has a certain way of making anything look frumpy. Her look underscores personal insecurity. She’s trying to look one way for Devon (Bryton James) and another for Tessa (Cait Fairbanks). Maybe Cassie’s (also Grimes) ghost can visit and offer some sisterly tips, along with a suggestion that she be honest with herself. 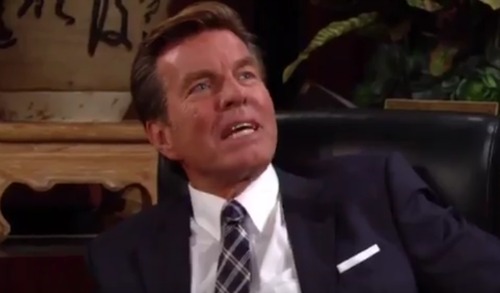 Is Hilary (Mishael Morgan) moonlighting for Zack’s (Ryan Ashton) escort ring? Oh, she’s not. Well, then her tight-fitting outfits must be a way to compensate now that Hevon’s gone. The host of the Hilary Hour should look sharp, but on too many occasions cheap is the show.

Jack (Peter Bergman), do you sleep in a button down dress shirt? Your character debuted in the 1980’s, but you’re not living there now. As often as the Moustache plays his one-note fashion song, you too exhibit a repetitive thread throng. Your father (John, Jerry Douglas) often dressed to the nines and still looks better dead than you do alive.

Lauren (Tracey Bregman) is in her fifties and is more fit than most women (and men) her age. Make no mistake, she looks ten times better (physically) today than when she was lambasting Traci (Beth Maitland) about her appearance decades ago. But a Tammy Faye Bakker look should not be the one the owner of an upscale department store chain aims for.

This fashion take was subjective and cheeky. Additional opinions about these and other Y&R characters are also welcomed. CDL is a leading source for everything linked to The Young and the Restless. Check back regularly for Y&R spoilers and news!