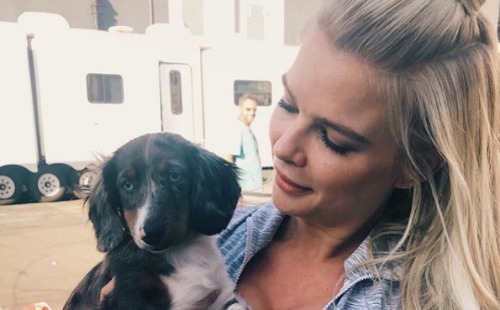 The Young and the Restless (Y&R) spoilers reveal heartbreaking news as Kelli Goss, who is best known for her role as GCPD Detective Courtney Sloane on the CBS soap opera, shared on her social media that her best friend has passed away. Kelli posted six photos on her personal Instagram account, of various stages in her and her fur baby, Lucy’s life together; from sweet pictures of them sleeping together when they were both much younger to Lucy standing in a lavender field.

Goss shared that her heart is in pieces as her best friend passed away peacefully in her arms as they said their goodbyes. Everyone here at CDL would like to offer our condolences to Kelli Goss at the loss of her beloved Lucy. 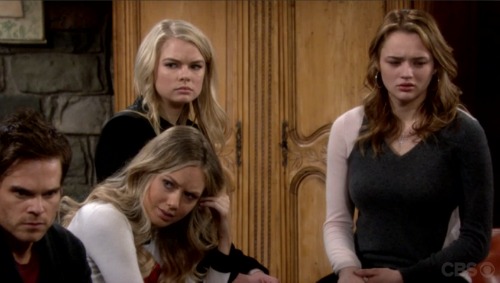 The Young and the Restless viewers will remember that Kelli Goss joined the CBS daytime drama series, initially in 2013 as Summer Newman’s (Hunter King) best friend; it was was later revealed that she was really an undercover police officer after she began dating Summer’s older half-brother, Noah Newman (Robert Adamson).

Although Courtney’s character was very well-liked, she didn’t last very long on the series as she is murdered by Detective Mark Harding (Chris McKenna) on her and Noah’s wedding day; her body later found at the Abbott cabin in April 2015. 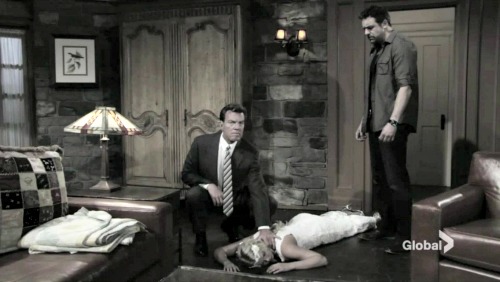 Y&R spoilers reveal that Kelli Goss hasn’t been sitting idle when it comes to her acting career after she left The Young and the Restless. She went on to play a role in The Big Bang Theory (Chelsea) and starred in a TV movie named Furst Born, where she portrayed Brianna. Perhaps her biggest break since then, has been joining the cast of the Netflix’series The Ranch, which has just been renewed for another season; starring huge names like Ashton Kutcher, Sam Elliott and Elisha Cuthbert.

My heart is in pieces. Last night my best friend look her last breath in my arms as we said our goodbyes and showered her in love. I’m already missing you so bad it hurts Lucy. See you at the pearly gates my love. 💔❤️