BY Cristie Geroux on August 18, 2017 | Comments: Leave Comments
Related : Hot News, Soap Opera, Spoiler, Television, The Bold and the Beautiful, The Young and the Restless 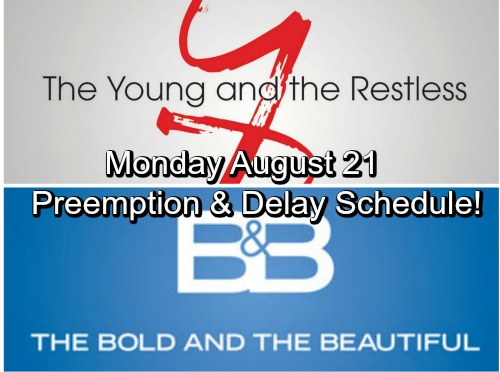 For those of you who do not know this eclipse is such huge news because its the first one in 99 years that will cover from the East coast to the West coast causing total darkness for approximately 2 minutes as the Moon’s shadow will cover the Sun.

The Young and the Restless spoilers reminds you to tune back in on Tuesday, August 22, 2017 as things will get heated between Nikki Newman (Melody Thomas Scott) and her step daughter, Abby Newman (Melissa Ordway) when she discovers she has moved into the tack house on the Newman Ranch. 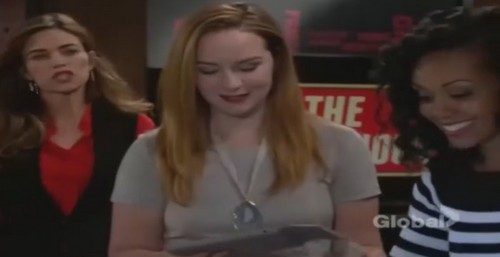 Of course, fans of the Y&R will also want to see what is truly happening with Victoria Newman (Amelia Heinle) who has been acting awfully erratic and reckless and unfortunately some of that will be witnessed by the gossip queen of Genoa City, Hilary Curtis (Mishael Morgan).

CBS’ The Bold and the Beautiful will air an hour earlier for some, but will be an episode no one will want to miss. Katie Logan (Heather Tom) and Wyatt Spencer (Darin Brooks) will finally be giving into temptation; but things will not turn out as anyone expected.

Brooke Logan Spencer (Katherine Kelly Lang) will also be putting her nose where it doesn’t necessarily belong trying to advise Eric Forrester (John McCook) what to do when it comes to the deranged Sheila Carter (Kimberlin Brown); some feeling she has a lot of nerve advising him now, especially after she knew about his wife, Quinn (Rena Sofer) stealing kisses with her ex-fiance Ridge Forrester (Thorsten Kaye) and keeping that a secret.