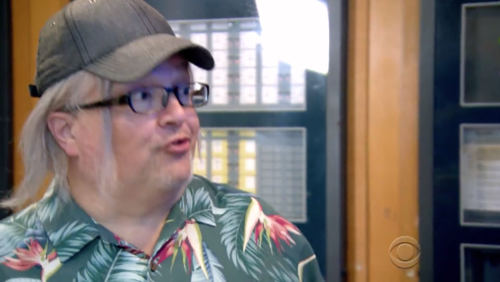 Tonight on CBS their Emmy award winning reality show, Undercover Boss continues with an all new Friday, May 5, 2017, season 8 episode 8 called “Associa“ and we have your Undercover Boss recap below.  On tonight’s Undercover Boss episode as per the CBS synopsis, “John Carona, founder and CEO of Associa, works undercover to meet the employees who keep his condo and HOA management company’s foundation strong. While working as “Charlie Lucas,” Carona gets winded after trying to blow through a tedious maintenance job at a residential location.”

Associations or “Associa“ is a holding company for one of the largest collections of Home Owner’s Association management companies and related businesses in the United States. But the Founder and CEO of the company is John Carona. John had begun the business back in the late 70s and it wasn’t much back then seeing as he mostly operated out of his wife’s care however, John had had a dream. He had seen his own mother and stepfather struggling as he grew up and so he had wanted to make that easier for other homeowners. So John went to school and he held down three jobs as he throughout college just to get where he wanted to be.

However, a lot has changed since those early days and John had wanted to see how the business operated from the ground up. So John joined “Undercover Boss” on tonight’s all new episode to see how things were operating without anyone knowing that he was around though he had been in for a shock when it actually down to the work. John or Charlie as he was going by had once performed all of the jobs his employees do now, except he had been younger back then, and so nowadays it’s the little things that tire him. Like when he went to work with Mike the Maintenance Supervisor and Mike unfortunately had trusted with him too much.

Mike had given “Charlie” the task of priming and paint the steps as well as refreshing the walls of two of the buildings. Though when Mike came back to check on Charlie, he saw that the other man was struggling. He barely got through one of the buildings and had even created on the one he did finish. So Mike had had to step in and help Charlie to get the job done yet he did privately confessed that Charlie looked like someone that enjoyed the sixties a little much because he looked like his uncle. And so Mike found the humor in the situation. He knew that Charlie wasn’t intentionally trying to be difficult and so he wasn’t harsh.

Mike just made everything was finished and the two had also gotten the chance to talk afterward. Yet, Mike’s current situation had touched John/Charlie. Mike was sadly in middle of a nasty custody battle with his ex. His ex-wife apparently wanted to give him the runaround for him to see the kids and he didn’t consider that to be fair seeing as he was originally the one that was there in the mornings for the kids and that one that helped them with their homework after school. So it was hard to go from such a close relationship to barely being allowed to be involved and that’s what got John/Charlie. He felt sorry that someone like Mike was being shut out.

But Mike’s story wasn’t the only that touched John. He had also gone to work as a concierge and worked with a young man named Fredo. Fredo knew how hard the phone systems could be and so he too was very patient with Charlie because he knew that it wasn’t easy learning something for the first time. So one of the things that John/Charlie noticed right away was Fredo’s accent and Fredo told him that he was Haitian. He said that he had left Haitit because life hadn’t good there and so he came to the States to live that American Dream. Fredo mentioned that he wanted to become a citizen and also go back to school. And so John had been a little but proud of him for that.

John remembered what it was like for him to go to school and work at the same time and even how grueling it had been. However, Fredo never lost his smile and that was something that John could admire. So if John’s happy disposition affected John that much then there was no telling what Queen’s energy. Queen worked back at the office and she occasionally she went out to view the property for the homeowner as well as the realtor just in case anyone was in violation though Charlie ended up getting off lucky when he went with Queen one of her checks. He view several house and the majority of them weren’t in any violation whatsoever.

So neither of them had to be the bad guy, but John had wanted to know how Queen did it all the time and she did it with a smile. Queen has a happy life with her husband and the brother-in-law they were taking care of because he had special needs and so it was Queen’s family that was her joy. And so John had asked her about that. He had asked if family meant a lot to Queen and she admitted that it. She said that she had lost her mother when she was fifteen to a drunk driver and that it had been hard on her. Though Queen had managed to overcome what she had been through and she had inspired him.

John had in fact been inspired by all of that. Even Jack who went around doing every maintenance job on one property without any complaint. So what John later chose to do was to find a way to make all of their lives easier. He had helped Mike get a home in his children’s school district, he had gotten Fredo off of security duty because he shouldn’t have been put in that position, and he had even gotten Jack some helped. Yet, what he did for all of them on top of that was give them money that could go some way to help their financial situations as well as pay for school. And the one person he was most generous with was Queen.