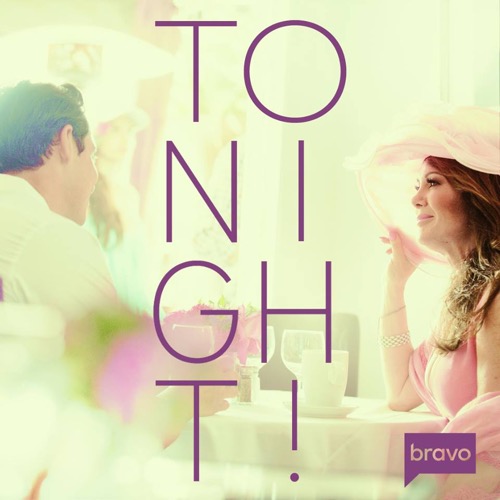 Tonight on Bravo Vanderpump Rules returns with an all new Monday, December 4, 2017, season 6 episode 1 called, “Masquerade” and we have your weekly Vanderpump Rules recap below. On tonight’s Vanderpump Rules season 6 episode 1, as per the Bravo TV synopsis, “Scheana throws a birthday party to show off her new boyfriend, but things get tense when she leaves Katie and Stassi off the guest list. Sandoval jeopardizes his and Schwartz’s new partnership with Lisa when she overhears him complaining about her management style. A harsh rumor circulates that could damage a relationship.”

Brittany and Jax have been doing a lot better since Kentucky. They talked it out and were officially together for two years now on tonight’s all new episode of “Vanderpump Rules” and so Jax was really proud of that. He had actually bragged about it to Lisa because he knows that Lisa like everyone else has had doubts about Jax’s fidelity however he claims he’s a changed man. He said he was committed to Brittany and everyone just hoped that he was. But Jax wasn’t the only one that claimed he was in a better place.

Scheana also said she was in a better place because she sort of ended her relationship with Katie. Katie had found out that Scheana compared their number of friends to someone and she had gotten offended because she thought Scheana was telling people she had no friends. But whole thing blew up after Katie started to rage text Scheana and call her awful things like pathetic and jealous yet Scheana stood up for herself and told Katie not to text her if it was going to be a rage text. So they stopped talking to each other outside of work and Scheana hadn’t invited Katie to her party.

Scheana was throwing a birthday party and it was important for her because she was going to be reintroducing her new boyfriend Rob to everyone. But Scheana had told Katie that she hadn’t wanted her to be there and Katie had gotten upset by that. She later told Stassi that she never saw it coming. Katie said that Scheana was one of her best friends one moment and was then talking about her behind her back in the next. So Stassi had sympathized with Katie because she thought Scheana went out of her way to be a jerk.

Stassi didn’t think Scheana needed to tell Katie that she wasn’t invited when the two were already in a fight. But Katie said she had mourned her relationship and that she had moved beyond it. So Stassi tried to do the same and had brought up her back on-again boyfriend, Patrick. The two had taken a break for a few months and Stassi thought the break had helped them because now she felt they were committed than ever. She said the sex had changed and that they were happy. And so Stassi thought she and Katie both benefited from having a committed relationship.

Katie and Tom argued less now that they were married and Katie felt like she and her husband were finally heading towards the same goal. But Katie had expressed how happy she was back when she thought Schwartz was to embark on a business venture with Tom and Lisa Vanderpump. Lisa had offered both men a wonderful opportunity of becoming a junior partner in a new restaurant at a mere ten percent. So Lisa had thought they would both jump on the chance and not ruin by having doubts, but she overheard Tom saying quite a lot to Ariana.

Ariana and Tom had been sitting down at SUR and Tom had thought it was safe enough to vent to his girlfriend about how he didn’t want Lisa and Ken cutting him out on the important stuff. Like design, architecture, and menu! But Lisa and Ken had been sitting right around the corner and had unfortunately heard everything. So Lisa had brought the conversation up when she later met with both Toms at the new restaurant site and she told them how she wasn’t even sure if she still wanted to go into business with them because she had tried to give them an opportunity and had been insulted.

Tom hadn’t just question Lisa’s business integrity. He had also questioned every decision she had talked about at the site and so she didn’t see why she should put up with his behavior. But Schwartz was scared of Katie and had wisely decided not to tell her that Tom could have possibly jeopardize their future. He hadn’t wanted to make her any more upset than he already has when he accepted Scheana’s invited to her masquerade birthday party. Scheana had apparently called him personally to invite him and so he couldn’t help saying “yes”.

Schwartz said that both he and Scheana had stuck with safe topics and Katie hadn’t been all that upset with him. If anything, Stassi had been more upset about it than Katie because she thought Scheana had been a jerk for invited a husband and not his wife. So Stassi had complained about Stassi and she had said she was done trying to be Scheana’s friend. They’ve tried being friends for years now and Stassi still thought Scheana was a stuck-up b*tch that wasn’t putting in enough effort as much as she was. And so tonight Stassi said she was done.

Stassi had gone with Katie and Schwartz to their date night and had stayed with Katie when Schwartz left to go to Scheana’s party. But a lot of people on social media have been calling Stassi weird because she’s been acting like a permanent third wheel. She had gone with Katie and Schwartz on their honeymoon to Bora Bora and thought she it was acceptable that she went because Bora Bora would somehow have been boring without her. So Stassi thought her relationship with the couple was perfectly normal and she wasn’t going to apologize for it.

Stassi, Katie, and Schwartz were all fine with the deal. But Schwartz was the only one to go to Scheana’s party and so the girls missed out on all the drama. The drama had started when Tom had heard a rumor that Jax had slept with Faith and he had confronted Jax about it at the party because he knew Faith would also be there. So Jax had denied it and said he hadn’t cheated on Brittany yet his story wasn’t matching up with Faith’s version. She claimed that Jax had reached out to her to see her because they hadn’t seen each other in a long time and she also said he started to come onto the moment he sat down at her place.

Faith had also added the old woman she watches had slept through the whole thing because they made sure to stay quiet. But Faith has been telling people that this happened and so it eventually got around to Brittany. She overheard the rumor at the party and that had infuriated her. Brittany had given up her whole life to be with Jax and Jax was disrespecting that commitment they made by cheating on her and with someone she knows. So Brittany had wanted to talk to Faith and Faith refused to meet with her.

Faith had been confronted by Tom as well and she thought Tom had been accusing her of lying. But she chose to go home rather than continue to talk with anyone and not being willing to face Brittany had made Brittany believe the rumors were in fact true. So now everyone is upset with Jax!