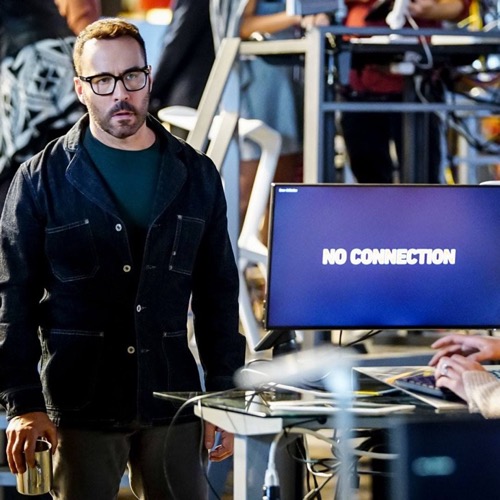 Tonight on CBS their new crime drama Wisdom of the Crowd  airs with an all-new Sunday, November 19, 2017, episode and we have your Wisdom of the Crowd recap below.  On tonight’s Wisdom of the Crowd season 1 episode 8 “Denial of Service,” as per the CBS synopsis, “While the team is assisting the San Francisco Police Department on a tech-based murder case, a cyber-criminal attacks Sophe and cripples the platform.”

A young twenty-something named Ben talks to Tommy and Sara. His friend Ron was found dead. They partied all night to celebrate their tech start-up and the next morning Ron was on the staircase bleeding from the head. Ben thinks it was an accident, but Tommy assures him his friend was murdered when only 3 people were left at the party. Ben is a suspect.

Tanner arrives at the office. He asks his team what they have on Mia’s sweater. They don’t have much. Sara calls in. She and Tommy update the team on their latest case involving Ron. Tariq found something on Ron’s computer, a memo questioning the value of women and minorities in the workplace. As they discuss this back and forth, a loud alarm sounds. Something is wrong with the server. They lose all of their connections. Sophe is offline, Tanner tells them. It’s a botnet.

Tanner thinks that Ron’s tech start-up is behind this. Ben asked why Sara was involved in questioning. Sara and Tommy meet with Faith. She was trashed all night and stayed in the bathroom. When Ron kicked them all out she left. She thinks Ron was a good boss.

They meet with the last suspect. He loved Ron. They were friends. Sure they will all benefit with a bigger piece of the pie, but he would never hurt him.

Tommy and Sara think it is strange that all 3 of the drunk or high suspects remember Ron’s last words – kicking them all out so he can get his beauty sleep.

Tanner calls Alex. He is freaking out and needs Alex to help him get Sophe back online.

The FBI shows up. They have a warrant for Sophe. They have been tracking the use of botnets and they need to look through the server and question all of the employees. Tanner isn’t happy.

Alex calls. She got Sophe back up for eight hours. The FBI is angry at Tanner for interfering in their investigation. He tells them they can look around all they want just don’t get in their way. They all get back to work.

Sara and Turiq review some evidence that comes in. All 3 of the suspects were within 10ft. of Ron when he died. They call all 3 of them in and play them against each other. Faith cracks first and confesses they all got into a fight at the top of the stairs about his memo. He fell and she didn’t mean to hurt him. Tommy tells her that Ron was hit in the head with a trophy. She is shocked. She doesn’t know what he is talking about. Tommy thinks it was one of the other suspects that finished off Ron at the bottom of the stairs and didn’t tell Faith. Mason is arrested. Case closed.

Alex calls Tanner. She checked into it. There isn’t an investigation into Sophe by the FBI. Tanner guesses that it is the NSA. She agrees. Tanner points out to the agents that he noticed a correlation to the NSA’s website being down and Sophe. They pack up and leave. He tells the team that their sniffing around isn’t over.