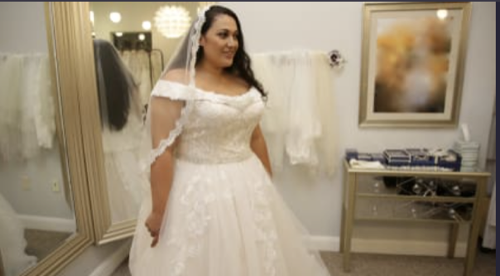 Tonight on TLC their popular reality show 90 Day Fiance airs with an all-new Sunday, December 2, 2018 episode and we have your 90 Day Fiance recap below for you.  On tonight’s 90 Day Fiance season 6 episode 7 “Ready To Run,” as per the TLC synopsis, “Colt and Larissa Consider Moving out.  Steven and Olga question their relationship. Fernanda tries to connect with Jon’s Mom.  Ashley and Jay change their wedding plans.  Asuelu storms off during an argument with Kalani.  Eric and Leida reach a breaking point.”

Things were still rough between Larissa and Colt. They argued about everything and, despite proposing to her and giving her a large ring, she was still unhappy in Las Vegas. Larissa hated the heat and she hated living with Colt’s mother Debbie. Debbie was an older woman set in her ways and she didn’t cater to Larissa. She instead reminded Larissa that the Colt was the one with the money and that he should get a say in where that money goes. Debbie was also accused of being a manipulator. She liked telling Larissa what to do and she would play around with the truth when it came to recounting what happened to her son. And so Colt thought he could make Larissa happy by looking at homes they could buy.

Larissa wanted a bigger house. She said that the first time she saw the home that Colt currently owns and so Colt thought a new house could solve everything. They met with a realtor and they saw a home that Larissa loved. She loved it so much that she told Colt that she didn’t want Debbie to move with them to the new house. Larissa didn’t want to live with her mother-in-law because the two of them didn’t get on and so she thought that she could push Colt into choosing between them. Larissa said that Debbie was a problem and that she’d continue to be one at the new house. She thought she could get Colt to see things from her side and he wasn’t going to. He loved his mother and they were living together long before Larissa entered the picture.

Then there was Jay and Ashley. They were struggling to get past their communication issues and so they were stuck in a stalemate until Jay ultimately apologized. He said he realized that he should at least tell Ashley when he’s leaving the house and that if there was something that they should talk about it rather than go to bed upset. The two of them had slept apart the other day because neither one of them had wanted to say that they were wrong and come the next morning they regretted what they did. They still love each other and they want to make their relationship work. And to do that, Ashley has to learn to trust Jay a little more and Jay has to understand that Ashely was coming from a hurt place.

Fernanda had tried to make peace with her American fiancée’s family and so far it was just Jonathan’s sister that was willing to befriend her. Everyone else had been suspicious at first and Jonathan’s mother was the only one that was downright rude. Ceci was dismissive of the relationship and had tried to talk Fernanda out of the marriage on the first day they met, but nevertheless, Fernanda didn’t give up on Ceci. Ceci was invited to the bridal shop where Fernanda was trying on dresses and she still wasn’t okay with the wedding. She was too busy freaking out to be supportive. Ceci said that they should find something age appropriate for Fernanda and when she had a moment to herself she was seen with her head in her hands just shaking.

Ceci didn’t want to see Fernanda as a bride or confront the fact that the wedding had to happen by this point because Jonathan didn’t want to lose Fernanda. Only Fernanda never pushed Ceci away. She kept trying on dresses and she soon found “the dress”.  Fernanda loved her dress and so did everyone else which included Ceci. Ceci loved the dress because it was a classic dress that would never go out of style and she liked how Fernanda looked in it. Fernanda was later in tears because she wanted her mother there with her and so that’s what finally won over Ceci. Ceci came to see how sweet Fernanda could be and she liked her. She still thought the relationship with Jonathan was doomed, only she kept her opinions to herself from then on.

Leida had later tried to make up for the drab venue by getting pretty flowers. She and Eric visited the florist and Leida was shown what Eric’s budget would get them. As it turns out, four hundred dollars weren’t much when it came to flowers and it would far below what Leida wanted. She had shown the florist what the flower looked like at her last wedding and the price of something like that would more than triple the budget. Leida was told that she would have to come down with what she wants and the bride didn’t know how to adjust. She thought the flower arrangements had to be perfect in order to make up for everything else and so she agreed on an arrangement that would cost at least eight hundred. And she got Eric to agree to the price because he knows that whatever he offers her wouldn’t be as grand as her first wedding.

Back in Russia, Steven came to resent the position he was in. He hated being the one going to get the groceries and picking up their son’s prescription because he didn’t know the language and it had been a bit of a trial, however, Steven hated the part he was playing because he didn’t think Olga appreciated him enough. He went back to the apartment and complained to her that she didn’t treat him like she used to. She had rushed into his arms when he first landed in Russia and now she barely acknowledges him because she’s too tired. She was feeding the baby all the time and she was especially sensitive towards Richie. Richie came first to her and so Steven resented that his fiancée put their son first.

Steven complained about that to Olga. He told her that they should still work at their relationship and how she should treat him better. Steven tried to guilt Olga into showing him more affection and she couldn’t do that. Olga said that the baby needed her and that she was tired and was still in pain from her C-section. She wanted Steven to at least try to understand where she was coming from and he couldn’t do that. He was too immature and selfish. Steven was also proving to be adept at emotional abuse. He would say things that would hurt Olga and then blame her for getting upset, Steven liked to say that he doesn’t know what will happen in the future because he doesn’t think they’ll still be together and at the same time he claims he doesn’t want his son growing up around fighting.

Thankfully, Jay wasn’t an immature jerk. He admitted when he was wrong and he was in a happier position with his fiancée Ashley. The two of them went to go check on their venue and it was just what they wanted. It was both elegant and understated. Jay especially loved the last part because he thought the Americans made too much of a wedding and so he was happy that Ashley didn’t go all out. They had a wedding that was perfect for them and they thought that no one would try to rain on their day. Unfortunately, the couple was later attacked online. They were posts under their pictures together and these people were calling Jay the “n” word as well as throwing around the word monkey. And they said someone like Jay should be returned to the zoo.

There are some people that are still against interracial marriages and sadly they were targeting Jay and Ashley. The couple didn’t know how they felt facing some much hatred and Jay had wondered if he should go back to Jamaica. He seriously considered moving back home because he never raced racism before and wasn’t sure if he wanted to live with it much less have to fight against it for the rest of his life. The American dream wasn’t always worth its price tag! Even Asuelu thought the same when he got into an argument with Kalani over her treatment of his family because he thought she would be more accepting and instead she hadn’t liked how his brother talked to her or the fact the brother never apologized. And so now Asuelu wasn’t sure if they were getting married.

Meanwhile, Leida was finally waking up to some hard truths. She had been promised a good life in America and slowly realized that Eric could never provide her that because he wasn’t as well off as she thought he was. He hadn’t been able to afford a bed for her son Alessandro and he couldn’t even buy a new sofa to replace his inflatable one. He was broke what with his firm mindset on rejecting help from her family and so he was never going to be able to provide for Leida. Leida saw that for herself when he took her furniture shopping and couldn’t buy a single thing. And so Leida finally had enough! She stormed out of the store and confronted Eric about his finances. Leida had demanded that he stop paying child support.

Leida said that she and her son should be his priority now, and she threatened to call off the wedding if he didn’t stop paying child support for his younger children.