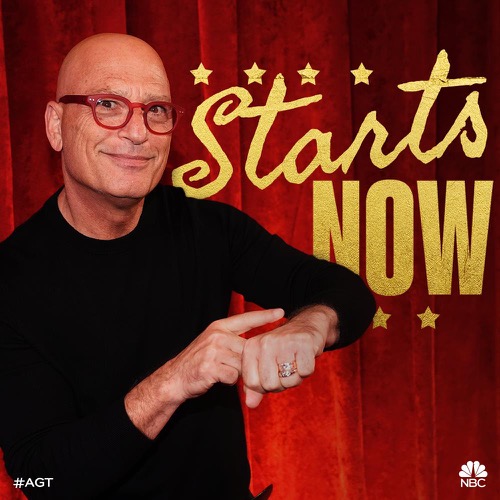 Tyra Banks takes the stage live from Hollywood. This is the last chance for the acts to be voted into the semi-finals. She introduces the judges: Howie Mandel, Mel B., Heidi Klum and Simon Cowell.

On to the first act, The Future Kingz. An all-male dance crew of all ages. Simon gives them a standing ovation for their performance and for how nice they are. Howie loved it all. Mel wasn’t impressed with some of the choreography but she loved their unity. Heidi loved it and is glad they brought the party.

Us, the duo, is a married singing couple with a baby on the way. They take the stage to sing and play the guitar. Simon loves everything about them and hopes America puts them through. Mel B. is emotional. The couple is so cute. Heidi loves them as a cute couple. Howie loved this performance from them.

Daniel Evans takes the stage. He was cut previously from the show but the judges gave him a wild card to come back. After singing an Aerosmith song in opera format, all of the judges are thrilled. Heidi thinks he is a strong singer. Simon thought his voice was so powerful. Howie thought it was surreal. Mel loved the key change.

Tyra introduces musician Brian King Joseph. He plays the violin. He at times plays in the streets for money to help support his family, helping his single mother. He also battles with a nerve disease. He takes the stage. After his performance, all of the judges stand. Howie loved it better than Fiddler on the Roof when he was younger. Mel thinks he gave his all. She can tell. Heidi thinks he is a talent and she loves how happy he is. Simon thinks his passion shows. He applauds him.

Aaron Crow takes the stage. He sharpens his knife and calls Howie forward. Howie is scared but goes up. He has 4 red paper boxes of similar color and height. He hides the knife under one and mixes them around. He turns his back and has Howie do the same. Next, he brings Howie to stand where there is a sledgehammer and has him hold it and use it. He goes back to the boxes and begins a timer. One by one he chooses the one he thinks is safe, slamming his hand down on them, hoping he doesn’t cut himself. Howie squirms. With two boxes left, he brings Simon up and asks him to squash his fist down after selecting what he hopes is right. He almost picks the wrong one. Simon gasps. Mel loved Aaron’s presence but it took too long. Heidi agrees.

Joseph O’Brien, a hopeless romantic at heart takes the stage to sing and play the piano. Who wrote the song by himself for a girl. Mel thought the lyrics were flawless. Heidi thought it was sweet. Simon didn’t love the song either. Howie agrees.

Hans takes the stage in a full-body sparkly leotard to dance, tap and shake it. Heidi thinks he is so entertaining. Simon feels guilty for enjoying this spectacle. Howie thinks Hans was exciting. Mel thinks he killed it.

Tyra introduces UGI Dance, a Siberian dance team. They take the stage dancing in blacklights and neon colors with special effects. Simon thanks the guys and tells them it wasn’t as good as their first audition. Howie loves video games so this was good for him. Mel agrees with Simon but she does love them. Heidi thinks their execution wasn’t as great.

Christina Wells, a singer, idolizes her mother for her strength. After her father died, her mother kept it together. Her mother has always believed in her. She takes the stage. Mel thought it was beautiful. Heidi loves how her confidence caught up. Simon thinks she showed them all.

Tyra introduces an act named Zucraoh. It’s the group that made Tyra reach for the golden buzzer. They take the stage with an Adam and Eve-themed dance story. Mel thought it was breath-taking. Heidi thinks they are ready for Vegas. Simon loved it! Howie agrees. They took dance to a whole new level.

Tyra introduces a magician, Rob Lake, who Simon ripped apart last time. He does a magic trick that creates his double. Simon still thinks he is corny. Howie agrees. Mel loved it. Heidi thought he did well.

Michael Ketterer takes the stage to sing. Simon gets emotional after Michael’s song. He thinks Michael is so special because of what he gives to his adoptive children. Mel is also tearing up. She thinks he is incredible. Heidi loved it. The world needs more men like him. Howie thinks America needs to vote for him.