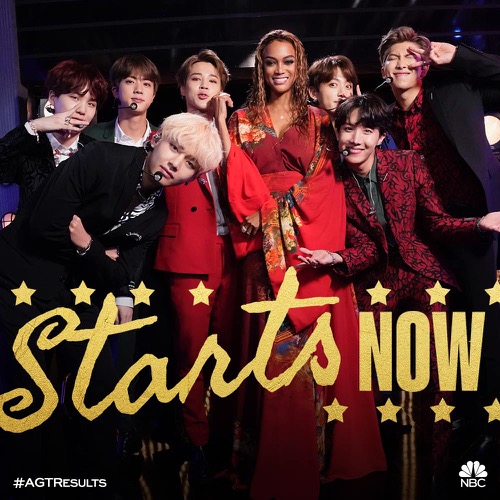 The results were in on tonight’s all-new episode of “America’s Got Talent”. Eleven acts gave last night their best shot, but only five of them will be moving on and so tonight’s live show did its best to recognize both parties. Both groups were given a chance to talk backstage to the cameras and there were some that were surprised by what the judges said because Da Republik, for instance, hadn’t known that their number was too stereotypical of dance groups until someone like Simon said. Thankfully, the extra footage showed tonight had gone some way to explaining some things. Simon had actually been softer to people when he later talked to them about what went wrong and what they could work on. And the judges hadn’t been as serious as everyone first thought.

There had been a lot of the little thing the judges had liked and so tonight’s round of elimination began on a good foot. The rest of it, however, was what everyone suspected of elimination. The first three acts that were in trouble were announced and unfortunately, they were all singers – they were Daniel Emmett, Glennis Grace, and We Three. Two of those acts had had a rocky performance yesterday and so that at least explains why they were in the bottom. Except Glennis had one of the best performances of the night and had been a clear favorite from the very beginning. She needs America to vote for her and if those votes don’t come in within the next thirty minutes she could be eliminated.

Then, out of nowhere, some good news was announced. The voting crowd had already confirmed someone for the Finals and it was Vicki Barbolak. She was the same woman that coined the term “Trailer Nasty” and her laugh out loud humor was all-inclusive. There had been some that hadn’t immediately gotten Vicki’s jokes and they still ended up laughing anyway. Vicki had even gotten Simon to bring up Denny’s and, while he had trouble pronouncing it at first, he has it a go just for her. So the judges had been happy to see that Vicki was safe and they wanted to know who would join her in the Finals. And so before they went back to announcing who made the cut, they showed what else the judges had gotten up to during their time off.

Heidi had apparently taken part in a lookalike contest for the rest of her judges and it was funny because she went out of her way to be mean to them. They all thought Heidi was sweet until she talked them into letting her cut their hair and so Heidi was a little devil. She enjoyed being the Queen of Mean way too much yet the rest of the judges all assured the crowd that it had merely been a skit. They said Heidi was one of the nicest people around and they made Simon cut it out when he tried to laugh in the middle of everyone tell Heidi she was nice. She was! Heidi was someone that tried to find something nice to say about each act and so the meter ran from her niceness to Simon’s meanness.

Simon was so mean that his fellow judges made a connection between him and the Grinch that Stole Christmas, but all kidding and sponsoring aside, it was back to announcing winners. The next person Tyra announced was Courtney Hadwin. The teenage rocker was going to the Finals. She was also a bundle of nerves and was shaking so badly that it took her some time to thank her father who was backstage. She eventually got the words out and thanked him for always believing in her only she quickly fell right back in tears. It seems she still doesn’t know how talented she truly is and so hopefully America will keep telling her that there was no one like her – and how that’s a good thing in a world full of people trying to be the next Brittany.

So that was two acts down. Vicki and Courtney were safe through the rest of the contestants were still left waiting. The next group was announced and while many had thought that the Angel City Chorale was safe it turns out they hadn’t made it past this round. The next person that was announced was Brian King Joseph. The violinist had given one of the strongest performances last night and so he deserved his chance at the Finals. And the judges thought the same. They had loved Brian more than anyone else and they believed he could have won based on his last performance alone. And so the judges felt sure about Brian and they had been ready to find out who else America had voted for.

The voters at home had been given a thirty-minute window to save one of three people at the beginning of this recap and they ultimately chose to save Glennis Grace. She was a strong singer and no one else holds a candle to her for being able to reach much less maintain those high notes. Only with America having saved her, the judges were then given the chance to save one of the other two. They had to pick between We Three and Daniel. It would be the last decision they’d make for the rest of the season and so they had needed a moment to think about a thing. And when the show had come back from commercial break, the judges announced their decision. They each voted and three of the judges had voted to put through Daniel Emmett.

He was just the one that three of them felt had more potential.