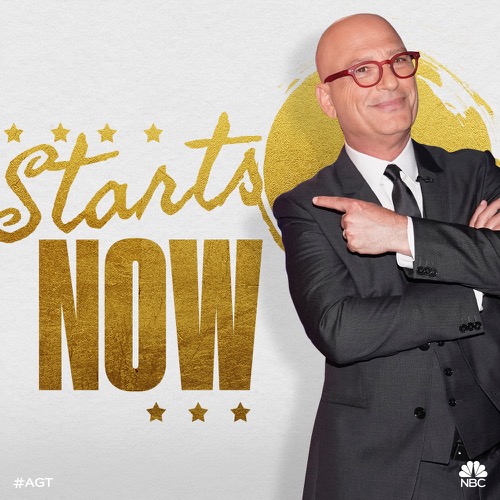 Tyra Banks takes the stage. This is the first semi-finals. The prize tonight is a place in the finals. Eleven acts will perform with only 5 acts making it through. Tyra introduces the judges: Mel B., Simon Cowell, Heidi Klum and Howie Mandell.

First up is Amanda Mena, a teen girl who has been bullied. She takes the stage to sing. After her performance, the judges all stand to clap. Mel adores her. She is her golden buzzer. Heidi thinks she is all around sophisticated. Simon likes her and she did a great job. People are going to get behind her. Howie thinks she is tough and will make it further.

Junior New System is up next and they have been rehearsing with the hopes of stepping up their game. They are going to keep fighting. They take the stage in red pumps and basketball jerseys as they dance to a high energy selection of songs. Mel is thrilled with their performance. She thinks it is their best performance ever. Simon is also happy. Heidi thinks this was explosive. Howie loved it all and pats himself on the back for talking them into wearing heels.

Us the duo is excited to be back. They show a clip of the family’s journey to the semi-finals. The duo takes the stage and gets everyone clapping. Simon thinks they were great but wasn’t a fan of the song choice. Heidi and Howie agree.

Voices of Hope have been practicing their hardest for the semi-final rounds. They never thought they would get this far. After their performance, Howie commends them for lighting up the room. Heidi agrees they are here a happy place. Mel agrees. Simon loves them and loves to see them do well. They are his favorite act of the night.

Shin Lim shows off his talents and talks about injuring himself years prior, something that could have ended his magic career. Tyra and Heidi sit at a table to help Sin execute his magic tricks with cards. Simon thinks Shin was incredible and he was better this time around. The music, his introduction, and everything were great. Howie urges America to vote. Mel witnessed the true classy mysterious magic and she loved it. Heidi was glad to help. She thinks he will become a household name.

Heidi’s golden buzzer, singer Makayla Phillips is up next. Her mother has been with her through the entire journey. She hopes the audience connects as strongly as she does with her song choice. The crowd goes wild. Tyra calls it beautiful. Heidi thinks she is the total package. Simon thinks she has guts. He loved the song. Howie agrees but thinks she needs to take it up a few levels. Mel disagrees. She killed it.

Front Pictures wants America to share in their same sense of wonder of the universe. Their picture is about space, an explosion, and an astronaut’s scary journey. Howie thinks they are amazing but he is a little confused if they were in space or underwater because there were jellyfish. Simon felt the same way. Mel thought it was breathtaking. Heidi agrees. They put a lot of effort into their work.

Duo Transcend is an amazing trapeze act. They have worked to overcome the fear they faced at the beginning of the season and the husband dropped his wife. This time around they plan to really push the limits. Their act includes a daredevil trapeze act before they take to the floor to show off their twirling skills on skates with fire around them. Simon thinks they really stepped it up. He cannot believe what they did. Howie agrees. Mel thinks they are amazing and gave a nail-biting performance. Heidi loves them and thinks they are insane.

It’s time for Samuel J. Comroe to take the stage next with his jokes. Sam has Tourettes but has overcome some of his challenges to be the best comedian he can be. After several jokes, the crowd stands. Howie loved it. He really delivered. Mel really needed a good belly laugh. He was her favorite performance of the night. Heidi loves him but needs more laughs. Simon thinks he nailed it.

Michael Ketterer is a singer and nurse. He has grown to love and care for kids in pediatrics, helping them deal with hard times; suicide, depression and more. He takes the stage to sing. Simon makes a shout out to Garth Brooks. He wants Michael to have the best song for the final. Mel is emotional. He touches her. Heidi thinks he is a special person and gets better and better. Howie thinks he is a good human being and a great talent.

Up next is Tyra’s golden buzzer, Zurcaroh. They incorporate acrobatics with dancers on the floor as several of the dancers perform high-flying, daring tricks. Mel chuckles. She is wowed and stunned. It was incredible. Brilliant! Heidi thought it was an epic, grand spectacle. Simon calls Peterson, the leader of the group the Greatest Showman. Simon thought it was all sensational. Howie thinks this is an amazing night and season and they saved the best for last. It was a showstopper.

Tyra encourages America to vote. In 24 hours, the finalists will be revealed.