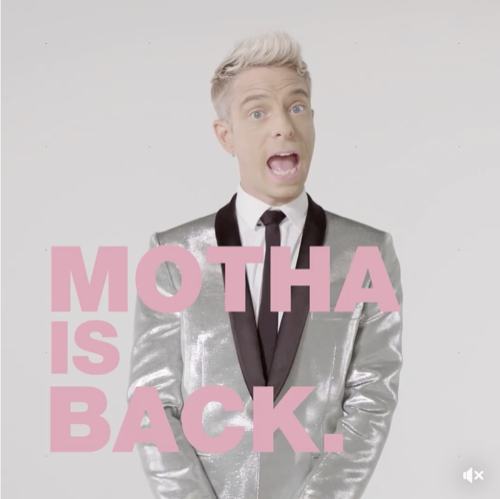 Tonight on VH1 America’s Next Top Model (ANTM) airs with an all-new time.  ANTM airs with an all-new Monday, January 9, 2018, cycle 24 episode 1 called, “The Boss Is Back” and we have your weekly American’s Next Top Model recap below.  On tonight’s ANTM episode as per the VH1 synopsis, “In the Season 24 premiere, Tyra Banks returns as host alongside returning judges Ashley Graham, Law Roach and Drew Elliott, who they welcome 26 aspiring models to compete for the title.”

America’s Next Top Model (ANTM) Season 24 premiere begins tonight and Tyra Banks is back! It is the most diverse group ever and the age limit is gone.

Tyra Banks reveals to judges Ashley Graham, Law Roach and Drew Elliott that this will be the toughest week as they have one week to go from 26 to 14 girls. The girls are there for casting so they can evaluate their over=all looks and personalities.

Ivana Thomas, 23 from Durham North Carolina, she gets a yes from everyone.

Krystyana Kazakova, 32 from New York, New York who also will be going on in the competition. She is proud of her stretch marks and cellulite.
Shanice Carroll, 25 from Murfreesboro, Tennessee. She has a lot of tattoos, but shares that her brother just recently passed away from a heart attack; right away Law and Drew love her and her story as Tyra says, unfortunately, she will be stuck will them for a while longer.
Liberty Netuschil, 20 from Lava Hot Springs, Idaho is from a small two of 560 people and very Conservative and Pro-Trump. She admits she didn’t know what a Muslim was. Law feels she is very pretty but looks more like a country singer and is a “no” from him. Ashley says if she puts in the work she is a yes, Tyra sees potential and it’s a yes from her.

Mia, 20 comes out and immediately, she says people call her “Bambi” but Tyra calls her a bird, a beautiful bird. Ashley isn’t sure she has what it takes to be in the dog-eat-dog fashion world and Tyra agrees she isn’t ready yet. The girls comfort her.

Rhiyan Carreker, 20 from Orange County, California is told her photo sucks but it is an absolute yes.
Chrissy, 20 from Atlanta Georgia also receives a yes.
Angel, 31 from Hesperia, California is told her photo is overly retouched so it is hard to tell what is the “raw” her and she is given a no.
Erin, 42 Riverside, CA is wearing a wig and Tyra tells her to take off the wig, telling her she was hiding behind Bozo in the wig. Tyra says she looks gorgeous and Ashley loves her legs and its a yes for her Law makes her promise to never wear the wig and she is in.

Liz Woodbury, 24 from Greenville Massachusetts stumbles as she comes out but she makes it work for her. She laughs so much that Law says he wants to create a brand just so she can be the face of it. It is a yes for her and she is on to the next level.

Christina McDonald, 34 from Jenkintown, Pennsylvania comes on stage and Drew says she has a very editorial face and very high fashion. She acts very cockily and Law says her presence is a little off-putting to him and he says he doesn’t like her. Tyra is shocked when she says not everyone is going to like her nor will she like everyone else either. Law says it is a “No” for him and Tyra says she is probably older than people on the judges’ panel but now she has to talk to her like a child and when she comes in the room she needs to respect the judges. Law clearly has not respected for her, Ashley sees potential; Drew doesn’t like attitude but does see something in her but Tyra sees potential too and congratulates her in continuing.

Jeana Turner, 24 from Minneapolis, Minnesota says what makes her different is she has an autoimmune disease that makes her hair fall out. She gets emotional explaining it to the judges. They like her energy and she is next level fierce and she is a “yes”.

Maggie Keating, 20 from Surry Maine, who immediately is told she is continuing on.
Lyric, 22 from Los Angeles, CA is the daughter of Kenny Anderson a retired MBA player and Tami Roman, a reality star; Drew feels she can explode in other areas beyond modeling and she is a no and will not be continuing in the competition.

Sandra Shehab, 22 from Cliffside Park, New Jersey is Muslim so she neither drinks nor smokes.
Coura Fall, 24 comes out and Tyra says she is not real and looks like an alien, saying it is a compliment and next planet fierce.

The top 20 girls are in LA for their first photo shoot, where they are greeted by Drew Elliott at Greystone Mansion. Styling their shoot is the man behind Lady Gaga’s iconic looks – Nicola Fornichetti. He has created some avant-garde couture pieces for them to wear. Drew reminds there are 20 of them now but by the end of the week there will be 14 and they need to be on the top of their game.

Rio, 23 thinks the girls should look out for the fact that she has been through hell and back when she was 19, she has a tumor that was seen in 70 year olds and she was ready to die. She survived the surgery and has a battle scar, feeling this was God’s way of telling her to not waste this chance.

Kyla, 20 has struggled with racist issues since she was little, since her father was African American and her mother was White. She wants to use modeling to make a difference and have a voice.

Drew is having a hard time with Erin, reminding her that she has to give him something because this is her time to prove whether she is staying or going.

Christina gave a really bad impression at the first panel and knows she needs to make it really count in the photo shoot. She is the final girl to take photos before Drew meets with Tyra, explaining that some were really great while some struggled. Tyra agrees that definitely some of these girls are not up to par with the other girls, after interviewing them and now that they have the photo shoot done its time to let them know.

Tyra meets with the models, and says they all look like pieces of art and she wants this art to walk down a runway; as this garden is a fashion show. Based on their presentation yesterday and the photo shoot today, not everyone will be walking in the fashion show.

Laminat and Ilka will not be continuing and are dismissed. Who else won’t be walking in the fashion show?

Tyra laughs and tells them they all will be walking the fashion show as Drew says after the show, they may all have the opportunity to move into the model house tonight, so they better bring it, as Drew and Tyra will be watching all of them; Ashley and Law join them in the audience.

After the fashion show, the girls are escorted to the models house where they all begin to find a place to relax, but soon realize the amount of beds do not equal the amount of girls that are there. There are 14 beds and 18 girls. Its the first night and Liz is already crying and seems to be arguing with Krystyana. The models are stressed that Tyra said they could go home ata any time and when Tyra arrives they rush to see what her news is.

As Erin is quietly leaving the house, Tyra stops her and gives her her photo from the photo shoot announcing that she is model number 15 and will have to work really hard to be there. She cries saying she never stopped dreaming as Tyra tells her to place her photo on the wall, everyone claps for her.