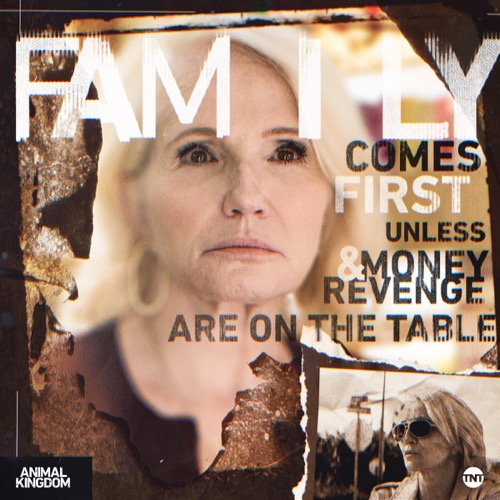 Tonight on TNT Animal Kingdom premieres with an all new back to back Tuesday, May 29 season 3  episode 1 Animal Kingdom recap called, “The Killing.” On tonight’s Animal Kingdom season 3 episode 1 as per the TNT synopsis, “Baz fights for his life as the Cody boys figure out what their next move is in the aftermath of the shooting. Smurf gets some surprising news in jail and fields an offer from Pearce. The Season 3 premiere.”

Tonight’s episode of Animal Kingdom looks like it is going to be great and you won’t want to miss it, so be sure to tune in for our live Animal Kingdom recap at 9:00 PM ET! While you wait for our recap hit the comments and let us know how excited you are about the season 2 episode 13 of Animal Kingdom.

Baz was left fighting for his life on tonight’s all new episode of “Animal Kingdom” after someone fired at him outside of his home. He had been with his new girlfriend Lucy and the two were planning on leaving town together however she abandoned him the first chance she could. She hadn’t even waited around to see if he was alright. Lucy left him bleeding out and then called her brother. The brother took orders from her and so she had no problem with demanding in assistance in robbing Baz. Baz had showed his girlfriend where he was hiding all the money he had stolen from Smurf and she had gone directly there to take it all. Then once she had taken everything of value, she and her brother left town without informing anyone that Baz had gotten shot.

It had been the neighbors that reported the sound of gunshots. The cops were then the first at the scene and Baz was quickly hauled away by ambulance yet he later died at the hospital and he did so alone. None of his family had been there to worry about them. They were all busy doing their own thing and so not even Lena had been at the hospital. She had been at home with her Uncle Pope who was waking her up for school and had no idea that the brother he just made good with had died when his back was turned. Neither him nor anyone knew what happened until the cops started notifying the family. They went to Pope first because he had been at the house and it was easy to track him down.

Pope had thought the cops were waiting for him so that they could harass him and it had shocked him when he found out the truth of the matter. He woke up Nicky to find out where J was and so together they picked up J on his running route before heading to Deran’s bar. Deran had been there and Craig hadn’t. Craig had decided to skip town after all the family drama and that was something J questioned when they all heard about what happened to Baz. Baz has had run-ins with all of them and Craig was the one most likely to act before thinking. J questioned if his uncle whereabouts because it was obvious to everyone that he thought Craig could behind the hit and so Deran shot that down right away.

Deran didn’t believe Craig could do something like that and Pope agreed in his own way. He said that they needed to find Craig because he could be next and so that’s when it explained for everyone that hadn’t gotten it yet. He said Smurf was in prison for killing Javi and that Javi’s crew would want blood for that. Pope suspected that Javi’s people would be coming after all of them and he wanted to be prepared. He took them back to the house and brought out every one of their weapons, so they could be ready to shoot at any time. They waited for hours without anything happening and unfortunately they eventually had to leave the house because the cops had questions. They needed to be asked about Baz and whether or not Baz had any enemies.

Its just that Baz had too many enemies to count! The Codys were a force to be reckoned with and Pope knew better than anyone that they couldn’t afford to look weak because whoever killed Baz could try to wipe out the whole family and so Pope wanted to focus on their family. He didn’t care what happened to Nicky and informed everyone that Lena wasn’t going to go into foster care. Pope would never allow anyone to harm Lena and that’s why he didn’t trust the foster care system. Especially as Lena’s own mother had told them all that she had been abused when she was in the system and so Pope knew that he was going to take care of Lena. Lena was later collected from school and she had been told that her father had gone a trip.

Pope pretended that it was going to be a long trip that Baz might not be coming back from and so Lena thought her dad went to go join her mother. She had even been happy for them and all the little girl wanted was to stay at her home. Lena said she could hear the ocean from her bedroom and therefore all she wanted to know was if she had to stay at the house by herself. Pope assured her that she wouldn’t have to stay there alone because he was going to be staying with her and so Lena thought everything was fine until later on when she snuck into the room when everyone was talking to Lucy. Lucy stole from Baz before the body was cold and still she showed up because she wanted to know if he was alive.

When she learned he died in the operating room, she started to bawl her eyes out and was so loud as she cried about Baz being dead that Lena overheard everything. That’s how the little girl found out about her dad. Lena had been quickly ushered out of the room afterwards however it hadn’t changed anything and all it did was get Pope angry. He had waited for Javi’s crew who never showed, he had suspected Lucy who did show, and so the only person left to suspect was Smurf. Smurf had cried for the police and she had cried for J. J on the other hand suspected something was off when his grandmother asked about the money Baz stole from her. She wanted to where it was because the place she thought he put it had been found empty.

Smurf therefore shared that she had someone go looking for the money. How she knew it would be safe to do so was something J never asked and which he didn’t bother mentioning to Pope. Pope had snuck into his room one morning to tell him that if he had played a part in Baz’s death that he would kill him and so there was no telling what Pope would do if he got some kind of proof on his own mother. Smurf was afraid of Pope for a reason and the detective that have been pestering her had tried to use that. He said that her boys would fall apart without both her or Baz and he said that she could make it so that they had some kind of life after prison if she would just take a deal. And so Smurf heard him out.

She heard the generous terms and turned them all down because she didn’t think her boys would turn against each like the detective suspected. She believed they were a stronger family than that and her boys showed that when they later threw a memorial for Baz. Baz’s body couldn’t be returned until they had caught his killer and so everyone came together. Even Craig and his new girlfriend who just came back from Mexico. They all surfed out into the water and threw their flower necklaces for Baz into the water they knew he loved to surf.

It was a fitting memorial!