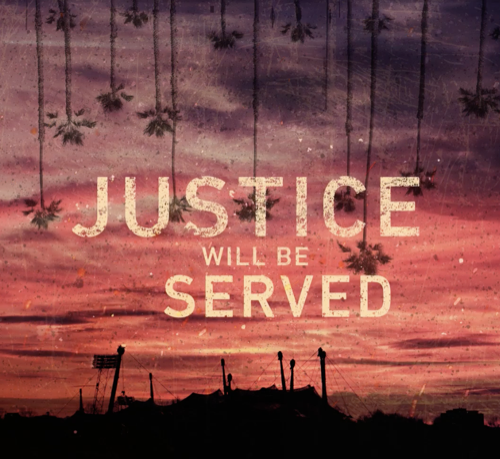 Tonight on TNT Animal Kingdom premieres with an all-new back to back Tuesday, June 12 season 3  episode 3 Animal Kingdom recap called, “The Center Will Hold.” On tonight’s Animal Kingdom season 3 episode 3 as per the TNT synopsis, “Smurf navigates prison politics in pursuit of a potential job. J pulls the Cody boys together to keep the family enterprise going. Nicky gets into serious trouble when she tries to impress an old friend.”

Tonight’s episode of Animal Kingdom looks like it is going to be great and you won’t want to miss it, so be sure to tune in for our live Animal Kingdom recap at 9:00 PM ET! While you wait for our recap hit the comments and let us know how excited you are about the season 3 episode 3 of Animal Kingdom.

Things became uncertain after Baz died. His brothers had no idea whether their enemies would come after them or if they should be worried about each other and so they decided to go their separate ways. They each went off to do their own thing and left J holding the bag. He had access to everything his grandmother collected over the years and unfortunately he wasn’t making the same amount of money. It was slowly getting drained by the gang that Smurf was paying off and it didn’t even come as a surprise that this gang was directly responsible for Baz’s murder. They killed him and it technically didn’t matter if Smurf had paid them to do it because now her life was on line if she didn’t pay them the agreed amount on tonight’s all new episode of “Animal Kingdom”.

J was doing his best to meet each payment he was forced to make and it still wasn’t enough. He didn’t have enough money to handle everything and so he was “advised” that it would best if he sold his flashy car. The gang’s representative asked him if he didn’t want to see his grandmother hurt and he was smart enough to know what that meant. He needed to pay them off fast and believed he could do it if he could convince his family to pull off another job. They hadn’t worked in a long time and their next idea might possibly come from Smurf. Smurf met a lot of interesting people in jail and one woman she met had offered her boys a job. She said that she had been working with her ex on robbing a place when she got sent away.

The woman had apparently shot her ex-boyfriend in the middle of a job and she got arrested while he was still free, so the jailbird had a problem with that. She didn’t want her ex to rob this place because she was still angry with him and so she wanted Smurf to use her boys to clean this pill mill before her ex could get to it. The job was a Eastern powder shop. They practiced alternative medicine as a front when he really they sold pills out the back and they naturally wouldn’t be in any rush to call the police if they got robbed. It sounded like a great job and Smurf was willing to offer it to her boys however there was a slight problem with the tip. The woman that gave it to them had wanted there to be a 65/35 split with her taking the higher percentage.

She said that it was her idea and her ex-boyfriend’s find. Smurf and her family were merely in the hired help in this scenario and so she didn’t think they deserved anything higher than 35 percent. Smurf on the other hand disagreed! She knew that it was her boys taking the risks and so she did her best to ignore this arrangement with this stranger she met behind bars because she knew her boys needed another job. Smurf told J this tip and he passed it on to Pope. Pope had put Lena into a new school and he wanted to focus on her when J came to him because he needed him. Pope was the only one that could wrangle the others into working together and J would need him the most with Deran.

Deran wanted to be his own man. He was pulling off jobs with a new crew that he was running and he hated both J and Nicky. Nicky later talked to Craig and told him all about it. She said Deran refused to look at her whenever he comes over for dinner and that Pope hated her as well because she threw too many parties at the house. Craig didn’t mind the parties because he thought someone should at least be enjoying themselves and so Nicky started to make comparisons again. She missed the days of partying all she wanted and realized that was all she had left because J was no longer interested. He wanted to handle the business like his grandmother would have and didn’t have time to live out Nicky’s juvenile fantasies.

Nicky wanted to waste her life away and she wanted to do that even more after running into an old school friend. This friend had gone to college and was moving on with her life, Nicky got jealous of this friend and so she wanted to throw a party for everyone that went off to college. She went to a drug dealer and picked up a lot of cocaine only there was a problem. She didn’t have the money to pay for it and the drug dealer wasn’t going to let her take cocaine on credit. He demanded that she pay him or give him a blowjob and so she called J. J was with Mia (the gangbanger he was sleeping with) and he got her to give him a ride to the place Nicky told him. He then went into inside and told this man that he was a Cody which meant he was good for it.

J was taking Nicky out of there when Mia was forced to come to the rescue. She pulled out on her gun on the drug dealer when he was proving to be difficult and that allowed them to leave unharmed, but J hadn’t liked what happened or that Mia asked him if Nicky was an addict like his mom. His mom had made a mess of her life and his. J didn’t forget that when Nicky tried to pretend that everything was okay between them and so he stayed away from her at her party. He had waited inside and had been watching Nicky live it up when Mia came by. She needed a place to crash and had invited herself to stay on at the house. It had nothing to do with what J owed and so he hadn’t thrown Mia out.

He just let her moved in and was left unaware of everything that was going on with his uncles because they still weren’t answering his phone calls.

Only the older Codys were still grieving Baz and so they all paid tribute to him with various acts of vandalism even as Pope was doing his best to get Deran and Craig on board with J’s plan.

The plan was really Smurf’s new friend though she didn’t like sharing and so she framed the other woman with drugs just so her boys could collect the full hundred thousand for themselves.

Smurf decided to give her boys one more job on tonight’s all-new episode!