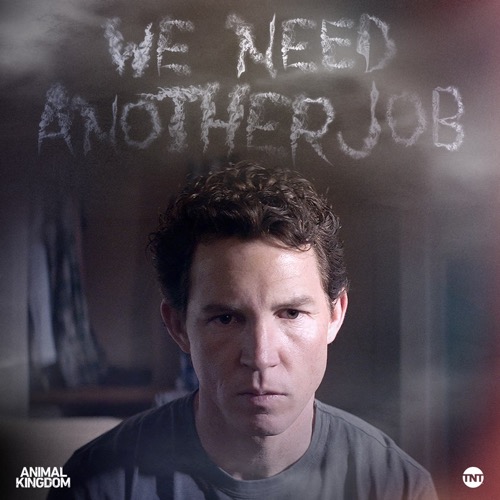 Tonight on TNT Animal Kingdom premieres with an all-new back to back Tuesday, July 10 season 3  episode 8 Animal Kingdom recap called, “Broke From the Box.” On tonight’s Animal Kingdom season 3 episode 8 as per the TNT synopsis, “The weed heist goes awry and leaves J and Deran stranded. Pope and Billy butt heads as Craig tries to keep the peace between them. Smurf learns about what J has been hiding.”

Smurf was free! She chose to not to give evidence against her boys and so she waited until the ADA showed they had nothing. Neither them nor the detectives working the case could prove that Smurf had anything to do with Javi’s murder. Javi hadn’t been killed with her gun and whoever paid off the person that actually did it had been smart enough to pick someone that wouldn’t talk, but the ADA had tried to fake evidence at one point and they let Smurf’s lawyers know that there was a witness. This witness was supposed to have seen Javi’s murder and so Smurf had asked her grandson to handle it because she thought a dead witness was better than a living one. And as luck would have it there hadn’t been a witness.

There weren’t any witnesses alive that were willing to rat her out and the one person that could have been pushed into testifying against her was someone she may or may have already killed. Baz had been there that day and he probably hated Smurf enough to testify against her seeing as he was the one that framed her in the first place however Baz was dead and everyone suspected Smurf had something to do with it. She had been angry about getting arrested and she had hated that Baz stole from her because she considered an ungrateful thief. So she could have had Baz killed only there was no proof of that either. There were rumors of course because even Lucy heard about it in Mexico and so the girlfriend had tried going to Pope with what she heard.

Only Pope hadn’t believed the rumors. Pope hadn’t wanted to believe his mother could have ordered a hit on Baz because that meant anyone could be killed and therefore Pope chose to protect Smurf over anything else. He told Lucy that she was clutching at straws and that nothing was to be done to his mother or he’d get involved. Pope had done all of that because he thought his mother would be staying in prison and so it was partly his fault that she was now out walking freely. Smurf had used the long car ride home to think about what she heard and she wasn’t sure if she liked her boys pulling off jobs without her. Especially, not when she considers herself to be head of the family!

Smurf was heading home and figuring out how to handle this new situation when her boys ran into problems. They had tried taking a job without her knowing and it went wrong from almost the beginning. Deran and J tricked their way into getting on an airplane in which they could steal money from a major weed dispensary and it turns out they hadn’t considered all the risks. They first had a problem without getting out of the boxes they packed themselves into and then they had to hold a gun to pilot to make sure they were at a low enough capacity they could parachute from the plane except they miscalculated. They thought they would land where Pope, Billy, and Craig were meeting them and instead they landed on unknown location without anyone around to help.

The boys couldn’t even call Pope because they didn’t have service and so they used their GPS. It turns out they landed forty-five miles away from where they were supposed to drop and so they had to react fast. They thought it best to bury the loot. They said the pilots will have called in the problem and so they couldn’t be found with the money on them or they’ll get arrested for sure. They just buried the loot and they started walking until eventually, they came across a house. There was a woman alone with her kids at the house and she was quick to realize that the boys hadn’t been hiking as they claimed. They were doing something she knew was illegal and so she told them they could have her car for ten thousand dollars. They had a gun but wouldn’t shoot her in front of her kids and so she ended up getting what she wanted.

The woman agreed to drive them and she also said she would forget their faces while she was at it. The boys respected that enough to get upset about what she did and they eventually met up with the others. Pope and Craig had come alone because it seems Pope couldn’t handle Billy. Billy had needed another fix and his junkie ways had reminded Pope about growing up with him in the house. He would lock Pope in a closet in order to go get high and one of the reasons Pope is as messed up as he is was because of the men that were in and out of his life growing up. He hadn’t wanted to look at Billy during the whole drive and so he dropped him off at the side of the road. Billy was forced to make his own way back home and he tried to call Frankie to see if she would give him a ride. And it was Smurf that answered the phone.

Smurf found out from Frankie that Billy was still in the picture and that he had been out with her boys, so she knows something happened. She tried to ask Billy and he told her that he wasn’t with them. Which was true! He wasn’t with them when she called and he made sure to get off the line before she could interrogate him. Billy went on to get high after that and he came back to town wanting to speak to Deran. Deran and the others had collection almost a million dollars and it would be over a hundred thousand for each of them including Lena. Lena was going to get Baz’s cut because Pope felt they should still take care of her and while he was at it Pope had raised some of his fears with Craig.

Craig hadn’t believed Smurf had anything to do with what happened with Baz because of he like his brother when Pope hadn’t believed it at first either and so Craig had been one of the first people to later welcome back his mother when he saw her at the house. The other boys had been surprised to see Smurf and hadn’t given her quite a warm welcome. They had known that Smurf would retaliate one way or another and so they all waited for that particular shoe to drop.