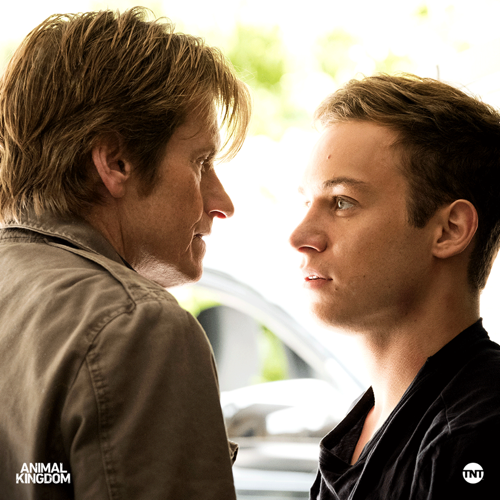 Smurf wasn’t afraid to spill blood. She wanted her money back and so she had kidnapped Lucy’s brother. The brother was the weak link in Lucy’s operation and he knew everything that he sister did, including where she put the money. Smurf’s money! Smurf had tried to get her boys to help her get the money back and when they refused she turned to a gang for help. They weren’t as ethical as her boys. They had no problem with torturing a man and so they remained silent witnessed while Smurf did the hard part. She sent rats loose at her victim’s junk and she got answers. Smurf found out she had been right and that Lucy had taken her money, but Smurf needed to ransom Marco back to Lucy and so she hadn’t wanted her friends for back up. She instead had gone to her boys and had told them what she did.

Smurf knew that one way or another that she would get her boys to help. It didn’t take them long to realize that Lucy would come after all of them if they didn’t at least try to return her brother and so the boys agreed to Smurf’s plan. She wanted to ransom back Marco and she wanted J to make the drop. Smurf said Lucy wouldn’t see J as a threat and J was the only one that suspected anything was up. He had burned his grandmother when she was in prison and he figured she wasn’t afraid of him getting killed because she was still mad. Smurf sure didn’t act like she wanted to keep J safe. She hadn’t wanted J to wear a bulletproof vest and she had wanted to send in J alone. Smurf said that they needed Lucy to trust them with this exchange and it’s funny how Smurf was the same person that blamed Lucy for Baz’s death.

Smurf had told Pope that they had tried to warn Baz about Lucy. Lucy was vindictive and cutthroat when it came to Baz, however, she wasn’t described as that when Smurf needed to send in J alone. J thankfully hadn’t trusted his grandmother and so he had gone to meeting place with his own backup. He had asked Mia to be his support and had paid her a couple hundred of dollars. So Mia had been there when the meeting happened. She had tried to hide in the background and somehow Lucy had still spotted her. Lucy had asked J what was stopping her from taking him back to Mexico because his “security” wasn’t much and J told her the truth. He said they both know that Smurf wouldn’t care about him and so the two of them eventually got down to business. They discussed where the exchange would happen and Lucy had tried for a moment to turn J.

J proved that he was aware of how ruthless his grandmother could be and so Lucy tried to tell him how Smurf was the one that killed Baz. She thought that would upset J enough that he’d be willing to turn on his grandmother and she had been disappointed because J hadn’t cared about Baz. The man that may or may not have been his father was the guy that was a jerk to him. J didn’t care he was dead and so all he did care about was getting that money back. He did as his family had asked and had gotten Lucy to agree to the exchange. Then when she later came to the warehouse, Lucy proved she still wasn’t done with her games. She gave back the jewels she stole and claimed she had never taken any cash. The cash was supposedly handed out to all the boys and they hadn’t said anything because they hadn’t wanted to give the money back to Smurf.

Only Smurf didn’t believe that drivel. She wanted everything and it had been Pope that had told her to just let things be. Enough blood had been spilled. Smurf wisely decided to just take the jewels and the exchange happened. Marco had been freed and Pope was getting money when Marco decided he wanted revenge. He began shooting at the other side and the other side began shooting back. J had protected his grandmother by moving her to safety and so no realized Pope was gone until the boys stopped shooting. That’s when they looked for Pope and couldn’t find him. Pope had been too close to Lucy when the shooting began and so she was able to kidnap without his family seeing anything until it was all over.

The boys knew that Lucy would take Pope to Mexico. It was where Lucy would feel the safest and so Craig wanted to go down there. He said they had to rescue Pope while there was still time and the other tried to tell them that they had to think things first. They all blamed Smurf for what happened because it had been her idea. Smurf had felt so bad that when Lucy called she did everything that Lucy said and had gone alone to the meeting because she found out that Marco had died. With him dead, there was no safeguarding Pope and so Smurf was willing to exchange her own life for his. Pope was what mattered and eventually, the others agreed to allow her to go alone. She meets with Lucy and Lucy had wanted to kill her. She just wanted Smurf to admit to killing Baz more.

Smurf admitted to killing Baz and for that she was given an address where she could find Pope. Pope had still been safe and sound when she got him, but Smurf’s confession had been for him not Lucy because Lucy finally turned Pope against his mother. He found out that Smurf had killed his brother and so now he wasn’t sure what he was doing about her.

Smurf had too many enemies and had even managed to turn her own family against her!