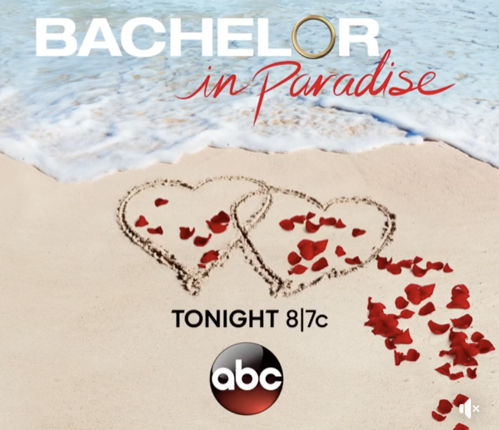 Tonight on ABC after weeks of drama, romance & more Bachelor in Paradise airs an all-new Tuesday, August 7, 2018, episode and we have your Bachelor in Paradise recap below.  On tonight Bachelor in Paradise Season 5 Episode 1 premiere as per the ABC synopsis, “In the Season 5 premiere, “Bachelor Nation” members begin their journey for another chance at love at a luxurious Mexican resort. The first bachelorette arrives on the beach with her—literal and emotional—baggage in tow, and a feisty female is thrilled that acute grocer wasn’t chosen for the first date, but isn’t happy when he shows interest in her nemesis.”

Tia is the first one to arrive, Eric from Rachel’s season is next. Kendall is next, Jordan is next. Bibiana has arrived and is already looking for her man, Joe is back and Chris tells him not to screw it up this time, Wills is next and he meets Wells the bartender, Chelsea is there from Arie’s season and the women are excited to see her, Chris is back and he is coming into this to create a whole new chapter.

Crystal is next – the women men laugh and the women hate, Kevin is next, then John, Nysha, Angela, Kenny, Astrid and David. Tia is disappointed, she was hoping Colton would be there and he is not. Chris comes down to see everyone and welcomes them to paradise. Chris says it is the home of second chances and if you need it, a second chance at redemption. There are nine women and ten men, so the first person to leave is going to be a man.

Tia is actually feeling down that Colton is not there, but she starts hitting it off with Joe who is attracted to her. Joe admits he has not been in a relationship for three years, then Tia starts talking about Colton and tells him that Colton is on her mind. Joe would love to get a date card from Tia, even though he knows Tia is not over him.

The first date card is for Tia, she has to choose the first man to take on a date. Tia is terrified to go on a date right now – she really came on the show to spend time with Colton, she had thought he would be there.

Everyone else is talking about how Tia looks so uncomfortable when she got the card. She comes back from a walk and she asks Chris to go on a date, Joe looked very disappointed.

Krystal is happy that Tia didn’t pick Joe because she is attracted to him, then Joe asks Kendall to go for a walk and Krystal is shocked.

Kendall and Joe have fun, she finds him oddly attractive and loves talking to him – they seal it with a kiss. Meanwhile, Krystal is not happy that the two hooked up.

Krystal goes down to the beach with Kevin, he tells her that he is attracted to her looks and her lifestyle. Kevin leans in for a kiss while everyone else is watching.

Nick likes Chelsea and thinks he would be a great role model for her child. Nick tells her that he has a weird attraction to her and if she wants to make out, he would Chelsea doesn’t make a move, in fact, she tells him that she feels sick and leaves the beach.

Tia and Chris are having dinner, she is trying to open up and have a good time. Tia tells Chris she wanted to come on the date to spend time with her and she doesn’t want Colton to be on the date with her. Chris tells her that he has everything in his life except for a partner to share his life with. Back in paradise, everyone thinks that Tia and Chris are not going to connect because of her crush on Colton. Chris and Tia walk outside and he goes in for a kiss.

The next day, Tia and Chris are still kissing and everyone is surprised.

Tia is in for a surprise, Colton is actually there, he just arrived late. Chris gives Colton a date card before he goes in and tells him to use it wisely.

Colton arrives on the beach and there are a lot of surprised faces. Colton pulls Kendall away and talks to her, he says he is nervous and anxious. Kendall tells Colton that Tia took Chris on a date the day before. Colton continues to do the rounds with the girls. Everyone is wondering what Colton’s strategy is in not talking to Tia. Colton ends up approaching Tia and asking her on the date. Tia is happy, the other women are wondering what his intentions are.

Colton and Tia are on their date, Chris is hurt, but trying to stay confident. On the date, Colton is trying to give it a shot but he has hurt that Tia ruined his chances with Becca. Colton tells Tia is not closing the door on them, Tia is hopeful. Tia and Colton start kissing on the boat.

Back at paradise, there are not a lot of people who are happy that Colton took Tia on the date. Colton is back and Chris asks to speak to him alone.