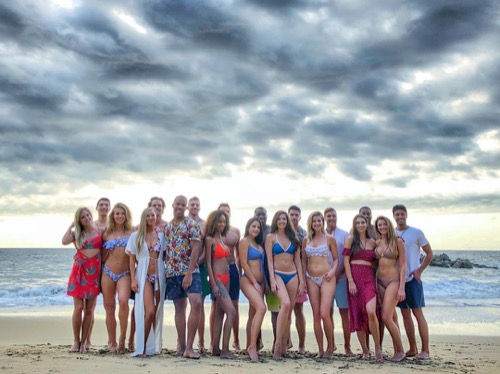 Tonight on ABC after weeks of drama, romance & more Bachelor in Paradise airs an all-new Tuesday, August 13, 2018, episode and we have your Bachelor in Paradise recap below.  On tonight Bachelor in Paradise Season 5 Episode 2 as per the ABC synopsis, “A noncommittal single returns from his date with an ex-flame and unwanted confrontation awaits him back on the beach. Meanwhile, the next date card goes to a professional wrestler who steals one lively lady away from a handsome firefighter who was courting her just the night before.”

Tia and Colton are back from their date and Jordan plans on telling him off because he feels that Colton is making Tia look like a fool. Chris asks Colton if he is going to be dating Tia exclusively and he says no, he will be exploring other options. Colton says that he is there to explore and figure things out.

Astrid thinks that Tia is giving too many chances to Colton. Tia reveals that they were on a yacht and Colton pulled her in and kissed her.

The next morning, John finds a date card and its for Kenny and he has to choose a woman who he thinks could be his perfect match. Kenny has conversations with many women before choosing Kristal and Kevin is not too happy since he already likes her a lot.

Jordan is trying to make a connection with Annaliese, while David is keeping a close eye on the two. David spends some alone time with Annaliese and starts to throw Jordan under the bus by saying negative things about him.

Annaliese and Jordan enjoy dinner together, she is guarded because of what David said. Annaliese really enjoys her time, she is seeing another side of Jordan and enjoying it. They take a walk on the beach and Jordan goes in for a kiss.

Wells finds that being a bartender on Bachelor of Paradise is a tough job, so he got himself a helper, Yuki.

Kenny and Krystal are at a wrestling match for their date. One of the wrestlers challenge Kenny and he gets on stage and starts to wrestle.

Back at paradise, Kevin is worried that Krystal may not pick him now at the rose ceremony.

Krystal tells Kenny that she said and did things on her season of The Bachelor because of how she was treated by the other woman and has learned from it. Kenny wants to get a rose from Krystal.

Kenny moves in for a kiss with Krystal and says he hopes that works.

Kevin decides to explore his options because he is worried he has lost Krystal, so he spends some time with Astrid who really likes him. They go for a walk on the beach and Kevin goes in for a kiss.

Tia is still speaking about Colton and reveals to some of the women that she is prepared to give him a rose. The women speak to her and tell her that she can’t put everything into Colton and while they are talking, he is on the beach flirting with another woman.

The woman has the power, the connections need to be formed at the cocktail party because two men are going home. Chris greets the paradise men and woman, tells them two men are leaving so they better fight for their lives.

Nick tries to make a last minute connection with Chelsea in the hopes of getting a rose.

Kendal meanwhile is really enjoying Joe and there is a possibility she may be giving him a rose. Joe tells her that if he doesn’t get one from her, he doesn’t want one from anyone else.

John pulls Kendall to the side, he likes her too and wants to see if she is exclusively focused on him. John leans in for a kiss and Kendall is very surprised.

Bibiana wants Colton to go, she believes the drama will cool down if he leaves. Chris thinks that Colton is still in love with Becca and is just taking advantage of Tia.

Tia asks Colton to take a walk on the beach and then sit down to chat. Tia tells him that many of the women are giving her advice. Colton tells Tia that he wants to be there to explore other women and find out what he wants. Tia asks him if it makes him feel anything when she is with other men, he says no. Tia pretty much tells him that if he doesn’t choose her, he is probably going home because nobody else wants to give him a rose.

Tia then goes to speak to Chris who is prepared to treat her like a queen. Tia tells Chris that she doesn’t want to be someone’s second or third choice and she just feels like Colton wants to keep her in his back pocket.

Chris seals their time together with a kiss.

Colton heads to the bar and asks Angela to go for a walk because he is attracted to her and he knows it’s his best chance to get a rose. Angela tells Colton that everyone thinks he is there for the wrong reasons and that the women should be worried that he just recently vowed his love to Becca.

Colton goes to speak to Nick, Jordan, and Chris and asks them who went to the women and bashed him. Nick admits that he spoke to Angela, but he just told her what he knew and did not bash Colton. Colton is hopeful for the rose ceremony, but he is not sure.

Time for the Rose Ceremony. Krystal is first and she offers her rose to Kenny, Astrid to Kevin, Tia to Chris, Kendall to Joe, Annaliese to Jordan, Nysha to Eric, Chelsea to David, Angela to John, Bibiana to Colton. The two men going home are Nick and Wills. Tia feels physically sick, she had hoped Colton would be sent home.

Jordan can’t believe that Bibiana saved Colton. Chris is upset, he didn’t want Colton lingering around him in paradise.

Kevin thinks Bibiana choosing Colton is really a mystery. Tia, on the other hand, is telling Chris she is over Colton, but we all know she is not. Colton is thrilled that he is still there and that he is not Tia’s Colton.

Chris calls everyone to the cocktail area and says that the first rose ceremony is always peculiar; he says it is a new week and things are changing, someone is going to walk down the stairs who is going to change their perspective forever. Chris tells the men to head down to the beach, the person is there to see the women, not the men. Becca is there and Colton looks distraught.

The guys start guessing who it could be, they guess Becca and Colton say if it is, he is going to be sick. Kenny creeps over to the women and sees that it is in fact, Becca. Colton is already confused and thinks Becca being there will just make it tougher. He admits to the guys that he never got to put closure.

Becca is there and she is glowing, looks so happy. Becca takes Tia aside, they pass the men and Becca waves to them. Tia tells Becca that it has been the weirdest rollercoaster. She tells her that she asked Colton right out if he wanted to be with her and he said he was there to explore other women. Becca says she did not send him home to be with her, she sent him home because he had more feelings for another man. Becca tells Tia that Colton is a great guy and just needs to figure things out. Becca tells her that he wants to see Colton, to put closure.

Colton tries to keep it together, but it is really tough. The other man area really feeling for Colton, he is obviously not over his feelings for Becca. Colton now sees that he was not ready to come to paradise and he can’t sit there with Becca near him, he leaves the beach.

Colton is in his room crying with Eric, seeing Becca brings back all the wounds and he admits that he is falling apart. Eric asks him if it is just about putting closure, having a conversation with Becca and Colton says that he doesn’t think he would be able to compose himself.

Becca finds Colton in his room and he is a mess.