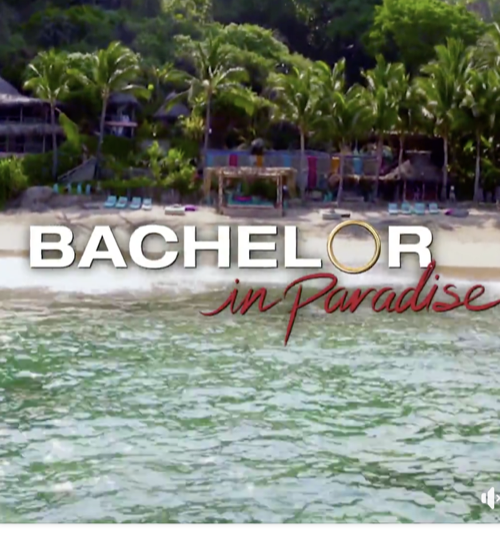 Tonight on ABC after weeks of drama, romance & more Bachelor in Paradise airs an all-new Tuesday, August 14, 2018, episode and we have your Bachelor in Paradise recap below.  On tonight Bachelor in Paradise Season 5 Episode 3 as per the ABC synopsis, “Becca Kufrin is still in Paradise and on her way to talk to an emotional bachelor from her season. Elsewhere, one specific romantic hopeful already imagines leaving Paradise engaged to the gorgeous guy who’s been making her feel special ever since she got there. Yet when a new arrival touches down in Mexico, this blindsided babe is suddenly worried that she may be on her way out the door.”

Becca is alone with Colton and he says that the whole thing brought a lot of feelings back that he buried, feelings for her. In fact, seeing her was the last thing he expected. He says that he told Tia to be patient with him, he realized that he is not over her yet. Becca says the last day was hard and she doesn’t want him to questions anything. Colton asks if Tia played a part in her letting him go, she says no, she had stronger feelings with the other men. Colton says that he held back his emotions when they broke up because he didn’t speak to her and he should have. Becca asks if he is ready to find a new partner, he says he wants that, but he is not sure if he is ready because it is really hard. Becca says she knows how he feels because she was heartbroken when she came into this and coming out the other side, it was worth it. Becca tells him not to feel ashamed of his feelings, just take this as a kick in the butt and go out there and find that one person that can make him happy. Becca hugs Colton and tells him to keep a smile on his face.

Colton is happy to have spent the time with Becca, some the other men think he should go home and regroup, Joe doesn’t think so, he thinks he should stay.

Joe asks Colton if he thinks he can find a partner in paradise and move one, Colton says yes, Chris thinks it is a joke and he should go home. Obviously, Chris is jealous about Tia and would prefer having Colton out of the picture.

Meanwhile, Annaliese is very happy with Jordan, thinks he is a sweetheart, a good guy and so much more to him that everyone knows.

Jenna is from Arie’s season of The Bachelor and she is the newest single lady to join paradise. Jenna calls herself an alien and tells Chris. H. that she can read minds. Chris gives her a date card, she gets to choose the man she wants to join her on her date. Jenna walks on to the beach and the women seem happy to see her, the men look a little shocked, especially Jordan.

Jenna announces that she has a one on one date card, she chooses to ask Jordan to walk away and talk. The two laugh and get along very well. Jenna tells Jordan that it is her birthday. At the same time, Annaliese is telling some of the women how connected she feels to Jordan.

Tia sees that Jordan is smitten with Jenna and believes Annaliese is in trouble.

Jenna walks up to Jordan and asks him to go on the one on one date with her, he says yes. Annaliese on the other is not happy.

Jenna and Jordan go horseback riding, it is not something that Jordan knows how to do or likes to do. The two laugh and really enjoy each other’s company. Jenna tells him that she doesn’t relax that easy and she is very relaxed with him. Jordan reveals that Jenna has the potential to take him off the market. Jordan goes in for a birthday kiss and it becomes so much more. On their date, the two can barely keep their hands off each other.

Kendall thinks that Annaliese doesn’t realize how much Jordan likes Jenna. Annaliese tells Nysha that she thinks Jordan is going to put a ring on her finger before the end of their stay in paradise. Chelsea is worried about Annaliese, she thinks that she may lose Jordan.

Jordan and Jenna return from the date and Jenna are basically wearing nothing, a skimpy bikini in the middle of the night. Jordan and Jenna go on and on about their date and it is like Annaliese doesn’t even exist. Jenna apologizes to everyone laughingly that they can all see her butt.

Jordan sits down with Annaliese and tells her that his date was fantastic with Jenna, in fact insane. He goes on to say that the romantic connection with Jenna was really strong and it would be hard to catch up with her and try to get to the same level. Jordan then says that he is going to give Jenna his rose, but if something falls between the two, he would go back with her. Yikes! Poor Annaliese feels blindsided.

Jordan goes on to tell more people that his date with Jordan was the best date of his life.

David finds Jenna alone and brings her a cake with candles and sings happy birthday to her. David really likes her and tries to make a move since Jordan is nowhere to be found. They are talking and all of a sudden Jordan sees the two alone and walks up to them. Jordan is so annoyed by David spending time with her and is really jealous. Jordan tosses the plate and cake on the ground and breaks the plate. Jordan thinks that David is upset with him because Jordan matched up with his mom on Tinder.

Eric spends time with Angela, he likes her and wants to spend time with her. They hug and he goes in for a kiss, Eric hit a home run and couldn’t be happier.

All the women seem to be figuring things up and matching with a guy except for Bibiana, Nysha, Chelsea, and Annaliese who are all in jeopardy. Colton spends time with Annaliese and tells her not to worry, there are always surprises in paradise. All of a sudden, Caroline walks in from Arie’s season, she has a date card and is really nervous about who to pick to go on a date. Caroline takes Joe to the side to talk to him.

Annaliese realizes that she has to move on to someone other than Jordan or she is going to be going home.

Caroline spends time with John, she is trying to figure out who she can ask on the date.

Caroline asks John to go on the date with her, she found him very sweet even though her last few dates have been jocks and Canadians.

Annaliese confides in Jenna that she wants to approach John and hopes his date with Caroline goes bad so she can get a rose. Meanwhile, John is very happy that he is on the date with Caroline, he is very attracted to her. Caroline reveals that she just got out of a relationship and was not treated very kind and knows what she does want now. The two hold hands under the table, Caroline loves how sweet he is. John goes in for a kiss and Caroline is so surprised by the immediate connection the two have had.

The next day, Caroline still feels the same way about John and she can’t believe what an amazing time she had.

Another new girl is arriving in paradise, her name is Jubilee. Eric thinks Jubilee is cute, she will definitely stir the pot. Jubilee asks Kevin to go for a walk, he tells her that he has to see where things go with Astrid before he dates anyone else. Jubilee then asks John to go for a walk,

Kevin is with Krystal, she tells him that she likes to move slow and he is wondering if he is getting a friend zone from her. She tells him that if he is attracted to one of the new women, she would understand his wanting to explore that.

Tia is with Chris, she ended things with Colton because he isn’t ready for a relationship right now. Tia admits she is insecure, Chris tells her to have confidence and trust in them, see where it goes.

Annaliese feels good about her conversation with Chris the day before, she is confident that she is going to get a rose from him and his telling her that he is all in it for her, makes her feel good.

Colton finds out that Chris kissed Krystal the night before and is not happy, even though he is not with Tia, he doesn’t want her to be hurt.

Chris is bragging to some of the men that he kissed Krystal and gave her the whole I never kissed a blond before and she fell for it.

Colton goes to talk to Tia, asks her whats going on and tells her that he doesn’t want Chris to hurt her. He reveals that he was with Krystal the night before and he kissed her. Tia is upset, Chris told her that he was all into her.

Tia goes to find Chris and tell him off.