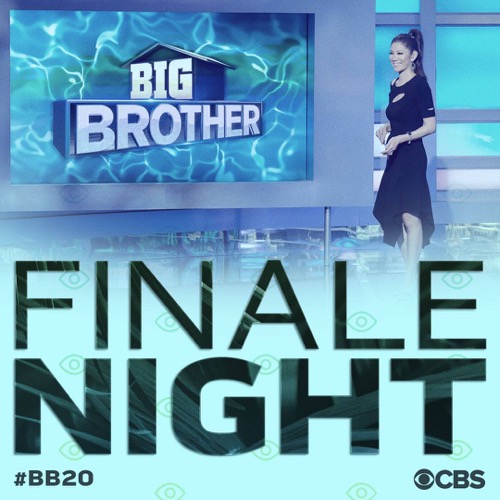 Tonight on CBS Big Brother airs with an all-new Wednesday, September 26, 2018, episode and we have your Big Brother FINALE recap below! On tonights Big Brother season 20 episode 40 “Winner Announced,” as per the CBS synopsis, “We will start the evening finding out who won the final HoH and who the final elimination of the season is.  Then the jury will decided who wins Big Brother 2018.”

So make sure to visit Celeb Dirty Laundry for our Big Brother US recap between 9:30 PM and 11 PM ET.  While you wait for our recap make sure to check out all our BB20 recaps, videos, news, spoilers & more, right here!

We return to the competition, the person who holds on to their jet pack the longest will win the competition. Tyler promised Kaycee to throw this competition and give it to her, but now he is having second thoughts and wondering if this is the best thing for his game. Even though JC has a final two with Tyler, he knows if he didn’t win the last HoH he would be in the jury house now. It appears that everyone is now out for themselves. JC is the first to fall and he is very upset. Tyler now has to make a decision, does he throw the competition? Kaycee drops first, Tyler has part 1. Tyler is hoping that his winning part 1 doesn’t change Kaycee’s mind and she takes him to the final two.

Time for part two, JC and Kaycee will battle out. This competition is about eviction, there are questions about which houseguests were evicted and when. They have to grab the nameplates of the houseguests they choose, climb up a wall and place the nameplates and get the correct answer. Kaycee is first to play, JC is second. Kaycee finishes with 18:55 seconds and JC with 19:34. Kaycee wins the second part and will go against Tyler in the third.

The jury met to discuss the final three houseguests with former BB player and the winner, Dr. Will. The next juror walks in and it is Angela, Dr. Will welcomes her and asks how she got there. Angela tells them that JC won HoH and put her up, she goes on to tell them about her Level 6 alliance and Tyler is controlling it. Haleigh says that Kaycee is playing the best game socially. Angela says the person that made the most moves should win the game. Bayleigh asks if she is saying that because she is in a showmance with Tyler. Rockstar says that Kaycee floated and she thinks JC was running the game, Sam agrees. Angela says that JC’s social game was amazing but not his physical game. Bayleigh thinks Tyler had a better game overall. Brett says he feels betrayed by Tyler.

It’s time for the final part of the HoH competition. Kaycee and Tyler as winners of the first two rounds, they are the only ones eligible to play. This competition is called jury Oddcast and to win, they will have to remember details from the season. First, they will watch brief videos and then Julie will ask questions about statements the jurors make. The houseguest with the most correct answers after all eight videos are played will win the final HoH. After the eight questions, it is a tie. The final question will be a number. In seconds, they have to guess how long the jetpack competition was from the start to when Kaycee hit the ground making Tyler the winner. Kaycee says 3400 seconds, Tyler says 2002 seconds. The correct answer is 3413 seconds, Kayce is the final HoH and it is up to her to decide who she would like to evict and who she wants to compete against.

Both JC and Tyler have one last chance to plead their case. JC tells Kaycee that it is riskier if she picks Tyler than him. Tyler says that day one he made his alliance with Kaycee. Kaycee is guaranteed is guaranteed at least second place and $50,000.00. This is a half million dollar decision, Kaycee votes to evict JC from the house and go to the end with Tyler.

JC is with Julie and tells her that he was playing a dirty game, but loyal and he got screwed. Julie asks if Kaycee just made a half million dollar mistake by picking Tyler, he says he doesn’t know.

The fate of the final two now remains in the hands of the jury. Julie tells the jury that Kaycee won the final HoH and decided to take Tyler to the end with her. First, they will ask each finalist three questions.

Haleigh asks Tyler, aside from winning competitions what were his strategic moves. Tyler says he aligned himself with the right people, he developed Level 6, he made crazy moves, won the second power app and didn’t tell anyone about it,

Brett asks Kaycee, her physical day was strong, what strategic moves did she make. Kaycee says her social game, she knew it would take it very far, create relationships, it wasn’t the competitions.

Bayleigh asks Tyler, so many of us had a sour taste in our mouths about him evicting them. Tyler says that everyone liked him, he never made anything personal against them, it was strictly game.

Haleigh asks Kaycee to tell them another part of her game that they were not aware with. Kaycee says the non Level 6 members, she tried to have a relationship with them as well.

Scottie asks Kaycee why she deserves to win. Kaycee says that she has been watching this game forever and she made a relationship with everyone in the house.

Kaycee now gives her final words, at the end of the day she says that she played a loyal game and was just her.

Tyler has the floor, he says coming in he knew he would be a target, but keeping his super fandom a secret. Right off the bat, he forged relationships and he didn’t use the power app even though he had it. He made big moves in this game.

It is time for the jurors to vote for who they think should win a half million dollars.

Julie tells everyone that Tyler and Angela professed their love for each other in the game. Julie says there was another showmance, Faysal and Haleigh, and asks them what is the status, the two say it is the real deal. Next is Swaggy C and Bayleigh, Swaggy C has spent a lot of time with her family while she has been in the house. Swaggy C gets up and goes over to Bayleigh, grabs her two hands, he gets down on one knee and proposes to her with a ring – she says yes.

Kaycee is the winner of Big Brother 20.

There is another prize up for grabs, the viewers voted for their favorite houseguest. The top three were Brett, Haleigh, and Tyler. The winner of $25,000.00 is Tyler.