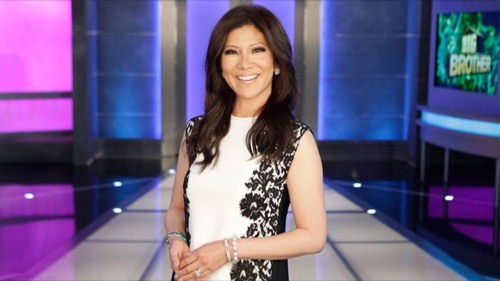 Tonight on CBS Big Brother airs with an all-new Wednesday, July 15, 2018, episode and we have your Big Brother recap below! On tonights Big Brother season 20 episode 9 as per the CBS synopsis,“The new Head of Households takes power and nominates two Houseguests for eviction. Hosted by Julie Chen.”

So make sure to visit Celeb Dirty Laundry for our Celebrity Big Brother US recap between 8 PM and 9 PM ET.  While you wait for our recap make sure to check out all our BB20 recaps, videos, news, spoilers & more, right here!

On tonight’s episode of #BB20 Scottie flipped his vote last minute, he voted to evict Swaggy C because he wanted to cause paranoia in the house. Winston is happy he is still in the house, but he knows it is a wild card week with Scotty as the HoH. Rachel is terrified, Scottie is a floater and she has no idea where his head is going to be. Haleigh has already figured out the Scottie voted to evict Swaggy C and knows he is up to something. Baleigh knows she needs to get her head back in the game and play for herself. Brett is worried about his fate in the house because of his closeness to Winston. Faysal is upset because there were only four votes to save Swaggy C and that means someone lied to him. Faysal, Haleigh and Rockstar talk about the lost vote, they all swear that they voted to save him. Faysal then goes to see Kaitlyn and asks her if she knows if Scottie flipped his vote, she says she doesn’t know. Faysal is really worried, if Scottie flipped, it’s bad for his alliance.

Scottie’s plan is to target the bros, Winston and Brett. Scottie meets with everyone in the house, but the person who he starts to strategize with is Tyler, but it doesn’t go in Tyler’s favor when all Scottie seems to want to do is get rid of houseguests who are coincidentally in the level six alliance.

Winston goes to see Scottie to clear the air. Winston tells Scottie that he lied to Sam, he had to do what he had to do to stay in the house. This is huge for Scottie, he doesn’t like lying no matter what and will now not trust Winston. Brett goes in to Scottie next and Brett does what he can to do damage control for himself.

The BB App store is open again, for the last time. Brett is called in first, access denied. We go through a lot of the houseguests until we get to Haleigh, she is the least trending houseguests. Haleigh has to choose a crap app and chooses Read It. Haleigh is the new narrator for an Audio Book version of Hamlet, every time she hears, “To Read or Not to Read… To Read,” she must put on her Shakespeare costume, go to the reading area, stand on her soapbox and in her best Shakespearean accent, read from the Hamlet book out loud. When she hears, “To Read or Not to Read… Not to Read,” she can stop reading. This punishment will continue until she has read the entire book.

Baleigh is the top trending house guest and gets to choose a power app. Baleigh chooses Identity Theft. At any point in the first half of the game, she can secretly steal the identity of one HoH at the Nomination Ceremony. This means that she will secretly make the nominations. The reigning HoH cannot be nominated and will still control the replacement nominee at the Veto Meeting. When only 8 houseguests remain, the Identity Theft power is no longer in play.

Sam reveals to Tyler and Kaycee about her power app and at this coming eviction, it is her last chance, she tells them because she needs advice.

Baleigh goes to see Scottie just to see what he is planning, if he is thinking of putting her on the block. All she gets is that Brett got into his head.

Time for the Nomination Ceremony. Scottie nominates Brett and Winston, he says because they have the strongest relationship in the house.