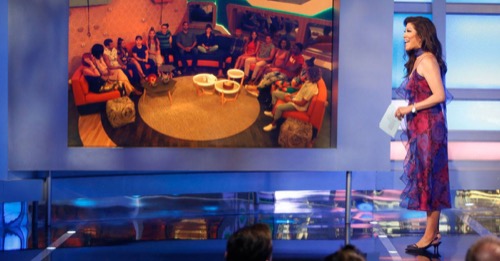 Kaitlyn changed her vote last minute and voted to evict Steve, then she won HoH; in her opinion everything worked out. Meanwhile, Swaggy C is upset that Steve was voted out because that was not the plan and he knows there is a rat in his alliance. Tyler loves it, his target Steve is out and he has no blood on his hands. Sam is going to miss Steve but she is happy that she did not have to use her advantage.

Winston already figured out that Kaitlyn flipped but Tyler tries to convince Swaggy C and Faysal that Sam used her advantage.Winston walks in and overhears the meeting and thinks the three are idiots for having a open meeting. Winston and Swaggy C get into it and Swaggy C is not going to have it – the beginnings of more drama.

Scottie spent 80% of his time with Steve and finds that he is lost now that he is gone.

Faysal and Swaggy C are a little nervous and suspect it was Kaitlyn that flipped her vote. Tyler goes to Kaitlyn and tells her that her alliance suspects it was her that flipped. Meanwhile, Kaitlyn has no idea what she is doing this week.

Tyler goes to Sam and tells her everyone who voted for her, then they both hug and say I love you. Tyler then goes to Kaitlyn and tells her he just found out that Sam has power. Kaitlyn tells Tyler she would like to put up Winston and Angela and his is nervous because those two are in his level six alliance.

JC comes up with a word, “yatus,” and tells Tyler it is an advanced English and he forgot about Tyler’s little brain. JC says it means a period of time when nothing happens. Tyler finally figures out that what JC meant was, hiatus.

Sam and Kaitlyn are alone and she thanks her for saving her from eviction. Sam also reveals that she has the power and hopes that will save her from being put on the block again.

Rachel is the least trending houseguest and is sad – she chooses Yell and for the next 24 hours, an Angry Reviewer will be unleashed into the house at random times to loudly give feedback on her and her game.

Tyler is chosen as the most trending houseguest and gets to choose a power. He chooses cloud: which keeps him from going on the block at any one Nomination Ceremony or Veto Meeting. If he is worried that he could be nominated, he sits in the cloud, and he cannot be put on the block. He has 8 weeks to use his advantage.

Scottie, Faysal and Scottie C are getting a little concerned because Tyler is not speaking that much to them and all are concerned if Scottie is put up on the block as a pawn. Faysal goes to see Tyler and Kaitlyn and tell them that Scottie was actually shaking because of his fear of being put up as a pawn.

Kaitlyn goes to see Scottie and he tells her that he is worried, last week Steve was the pawn and he went home. Kaitlyn tries to reassure him that he is going know where and if she has anything to say about it, Swaggy C will be going home. Kaitlyn asks Scottie just to trust her.

Kaitlyn and Faysal are talking and she tells him that whatever she does, it is for the good of the house and he is confused by that comment.

Time for the nominations. The first nominee is Scottie and the second is Winston.