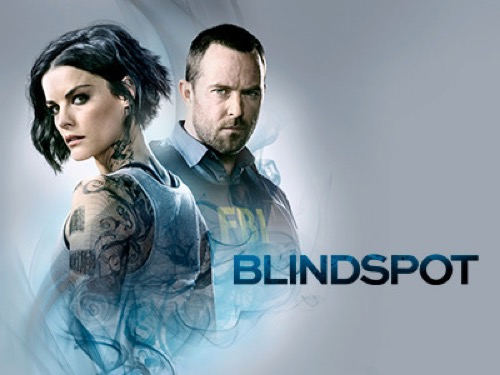 Tonight on NBC Blindspot airs with an all-new Friday, October 12, 2018, premiere episode and we have your Blindspot recap below.  On tonight’s Blindspot season 4 episode 1, “Hella Duplicitous,” as per the NBC synopsis, “In the Season 4 premiere, the FBI team hunts a dangerous enemy operative; and a deadly new foe emerges”

The real Remi came back on tonight’s all-new episode of “Blindspot”. The young woman had agreed to get her memories wiped as part of a long con on the FBI. She thought that she would still be the same woman with or without her memories and so she took a risk. Remi didn’t know that without those memories that she would be a completely different person and so she went ahead with a dangerous procedure however she woke up as someone new. She went by Jane Doe in her new life and she grew to embrace the name. Jane was a trusted friend and an adoring wife. She was also a valuable FBI Agent and so many became worried when Jane began having headaches. They thought she needed to be treated by a doctor and she was only by then it had been too late. The medicine that she took finally wore off and Jane went away the same time Remi came back.

Remi was an orphaned who grew up in a brutal orphanage with her brother Roman. Roman had been the only person that she truly loved and he was dead when Remi regain her faculties, so she had no one to turn to. The young woman could have fallen apart and she hadn’t. She was still the perfect soldier and so she wanted to go ahead with the plan. Remi wanted to destroy and remake the world and to do that she needed to keep her cover. Remi told everyone that her memories were on the blink again and that she was learning as she goes. She played pretend with her husband and her friends and no one was the wiser. They even put her back in the field and had her working to uncover Roman’s secrets. He had left behind clues to unraveling Shepherd’s projects and it turns out he learned something about the ZIP poisoning.

Both Remi and Roman had been exposed to the chemical used to wipe their memories and there had been some nasty side-effects. Roman had slowly begun to hallucinate and suffer a painful headache. He tried to ignore them at first and it got to the point where he couldn’t run from it. He got treatment and learned that the ZIP poisoning was killing him. It would one day cost him his mind and he would be left a vegetable. Roman had found out all of this on his own and that’s why he used his last few months to take down Hank Crawford. Crawford had been behind the beatings and pure torture at the orphanage. It had been a field experiment and he had tested it on the kids because he had been trying to create the perfect soldier. Someone with no allegiances and who do as they were told.

Roman realized their orphanage had been the breeding ground and that Shepherd had recruited them because she knew how useful they were. Meaning that everything that happened to them from the orphanage to the lives with Shepherd was all Hank Crawford’s fault. Roman decided to get revenge and he took down Crawford, but someone got away and they tried to rebuild. Blake Crawford was warned about Roman and she killed him because of what he did to her father. She also went ahead and joined up with this unlikely friend who as it happens was Agent Zapata. Zapata was playing some kind of game that no one knew about and she’s been MIA ever since. She told everyone she needed time and they decided to give her that by not going after her. Zapata was free to do as she wished and so she was out making trouble when “Remi” came back.

Remi and the others had found some of Roman’s research and they knew that about the ZIP poisoning. The others had asked Remi about it and said if she was experiencing any hallucinations or gaps in her memory. She, of course, didn’t tell them how she forgot everything from the past two and half years, so she faked a headache and went off on her own. It turns out she had been lying when she said she didn’t have any of the symptoms because she was talking to Roman and he was advising her. She really was just talking to herself and so she told herself that she needed an ally. She had no idea how to get one because all her old friends were either dead or imprisoned and so she bid her time. She continued to pretend and then the team found an ally for her. She heard how a soldier from Sandstorm was still on the run and she made sure to get there before her team did.

Remi then told him that he needed to trust her or risk getting risked and no surprise he chose to go with her. Remi eventually explained everything to him and she was willing to combine their skills to bring back Sandstorm. The only problem was that they needed cash. Remi told Dolan that she could help with that and all they needed to do was trigger a tattoo. They did that and soon it brought the full force of the FBI down on an underground bank. The FBI went on to collect two hundred million from this bank and never noticed that some of it went missing. Remi was going to use the money she stole to recruit some soldiers and so she still had it on her when Patterson found something. The FBI Agent had wondered why a tattoo would be triggered and she thought it best to monitor cell phones around the bank.

That’s how Patterson found out about Dolan. He was the perfect solider for Sandstorm and he had been hanging around the bank. So Patterson sent the FBI after this guy and while Remi tried to get there first – she couldn’t stop Reade from ramming Dolan’s car. His car flipped several times and he died before he could tell the others about Remi. Only Remi was now without an ally and to make things worst her team suspected that Dolan had been talking to someone. They found evidence that he hadn’t been working alone and so they decide to focus everything on this mysterious person. And so Remi was left with nothing because she couldn’t even reach out to anyone like-minded now.

Remi thought she would have to get revenge on her own, but it turns out Zapata could still be useful. She lost Blake when Blake had been killed in a corporate takeover and she joined whoever won the fight. So Zapata was now siding with someone with money as well as power and she wasn’t afraid of killing her old friends. She actually the perfect person for alliance and all Remi needed to do was make contact.