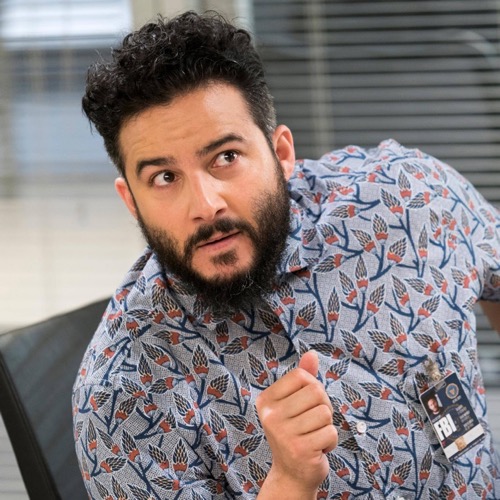 Tonight on NBC Blindspot airs with an all-new Friday, October 27, 2018, episode and we have your Blindspot recap below.  On tonight’s Blindspot season 4 episode 3, “The Quantico Affair,” as per the NBC synopsis, “The entire intelligence community is put in jeopardy when Remi co-opts an FBI case.”

Remi couldn’t go through with killing Weller on tonight’s all-new episode of “Blindspot”. She had the syringe in her hand and knew that she could end the pretense in an instant yet she hadn’t been able to go through with it. Remi told Weller that the syringe was for her. She said that if she was going to die that she wanted to do it on her own terms and so she made it seem like the syringe was her last resort. Remi must have sold the story because Weller believed her and had gotten syringe out of her hand. He assured his wife that they would find a cure and what they didn’t know was that there was probably a cure already on the scene. Both Patterson and Rich were looking into something called the “Book of Secrets”.

The “Book of Secrets” was a myth. Neither Patterson nor Rich knew if it was a real or not and if it did it was reported to hold the secrets to some of the most magical cures on earth. Rich thought they should devote everything to find this cure for Jane and he didn’t know why they hadn’t told their friends yet. Patterson, on the other hand, was being very pragmatic about not raising anyone’s hopes and so she didn’t think she is chasing after myths. She went into the office that day a little late because she met a guy at a bar and had gone home with him though, by the time she had arrived at the office, the whole team was missing. They had gotten their intel from Rich about a serial bomber and had left.

Rich as it turns out didn’t things like Patterson. She would go into detail about how they cracked the tattoo and how it led to their suspect while Rich didn’t like to show his work. He said it was a waste of time. Rich just told the team where they could find the bomber and they took it from there. They went to Ted Henwood’s home and manage to evade all the little traps that Ted put up. The bomber had planted explosives all over his home and some of it had been near his paint supply while others had been near his chickens. The team returned to headquarters covered in paint and feathers, but they brought along Ted and Ted’s phone. It had been a win if not a slightly mess one at that and no one thought they’d come back to find Madeline Burke.

Madeline coming in hadn’t been the only surprise. Rich and Patterson were in charge of showing around recruits and one of them had been the guy that Patterson slept with. His name was Lincoln and he was also Weitz’s nephew. Weitz was the new Director of the FBI and he was Patterson’s boss. She felt truly uncomfortable when she found she slept with the boss’s nephew and it didn’t help when Rich figured it out. He had seen how Patterson reacted to Lincoln and the whole dragging Lincoln out of the room to talk had been the final clue. He had a good laugh at Patterson’s expense and he probably would have kept up the jokes if the bombing situation hadn’t become bigger.

Ted had a partner. He sent a message to the friend that the plan was still on before he could be arrested and so Rich followed that clue until it led to Larry Mills. He was former military and had taken out material used in demolitions. Larry had gotten a lot of the stuff and so Patterson had put a stop to Rich skipping steps. She noticed that if Rich had given the team the full details on Larry that they would have suspected that Larry would try to attack the hotel where he worked. So she pushed Rich to go back to showing their work. They thought Larry would attack his hotel because it made no sense why someone so overqualified would choose that job and she had been right to be suspicious.

The bomber chose to work at the hotel because of it part of his plan of attack. Larry didn’t want to bomb the hotel. He instead used to gain access to the underground tunnels and from there he stole over fourteen trains. Each train could be carrying explosives and so both Patterson and Rich used the recruits to find which train was actually the threat. As they were doing this, they had someone on their team look at what Burke handed over. The new CEO of HCI Global had said that she wanted to change things around for her company and so she handed them Hank Crawford’s laptop. She said she didn’t want to be part of anything he had planned and Weitz had actually believed her. Burke seemed like a nice lady that didn’t want to hurt anyone and so the Director decided to ignore her questionable relationship with Zapata.

The team knew that Zapata was alive. They also knew that she had played a part in killing Kira Evans and so everyone assumed that Zapata was now working for Burke. Burke had killed her way to the top and the only person that thought she was harmless was Weitz. Weitz decided to let go Burke go after she handed over the laptop and so it was too late to ask for the woman’s help when they found out the bombers had been in contact with Hank Crawford. Crawford was paying them to hold off on their plan while he worked out the finer details and so he or his people would have a way of contacting the bomber. Without that, the team had to work on diffusing a bomb and do it less than six minutes.

Surprisingly, Lincoln had come in handy and he helped them figure out how much time they had left while Patterson had to talk Weitz into allowing them time. The director wanted to hand over control to the NYPD because then if it goes wrong he wouldn’t be at fault and so Patterson basically called him out in front of everyone. She demanded that he keep the situation in the hands of the FBI and said they could diffuse the bomb without anyone dying. Weitz eventually decided to follow her lead on this and Patterson hadn’t let him down. She and the team stopped the bombs from going off and the field agents came back to applause. They weren’t there before they saw the Burke on the tv screen.

Burke took credit for helping to stop the bomb. She had the whole world applauding her for her actions and now she was practically untouchable.

The team knew that’s the only reason she did what she did and Remi had felt inspired. She reached out to an old contact to do something for her and she didn’t know that Weller followed her, but he did and now he was looking into why Jane was acting so strange.

And all the talk about taking a leap of faith made Patterson realized that she could help look for the Book of Secrets and so she was assisting Rich with his research on finding it just in case it’s a care for their friend.