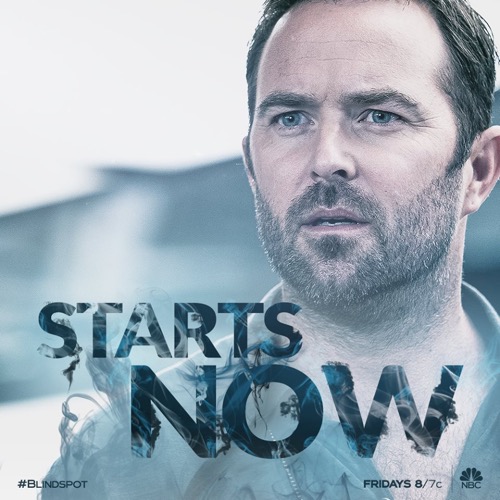 Tonight on NBC Blindspot airs with an all-new Friday, November 16, 2018, episode and we have your Blindspot recap below.  On tonight’s Blindspot season 4 episode 6, “Ca-Ca-Candidate for Cri-Cri-Crime,” as per the NBC synopsis, “The team is drawn into dangerous political intrigue when a tattoo points to someone from Weitz’s past.”

Remi was keeping secrets from her team on tonight’s all-new episode of “Blindspot”. She was meeting with people and was even running simulations with them. Remi was trying to find a way to break Shepherd out of a CIA black site and so she hired someone to help. It was her mystery contact that she was meeting with and unfortunately, Remi wasn’t getting what she needed from this contact. She needed solutions rather more problems, however, arranging a rescue missing within a few days was impossible and so her contact needed time. Time Remi didn’t have because her condition was getting worse and so she made demands. She wanted to get Shepherd within her time frame or she wasn’t going to keep paying for worthless aid.

Remi went back home after she had this little chat and she pretended that she went for a run so that her husband wouldn’t be suspicious. It didn’t work because Weller knew that something was going on and so he decided to investigate it on the down low. He didn’t want people to know that Remi was in contact with a go-to person on the black market and that’s why he covered up his lead with Patterson. Patterson had thought she was helping the US Marshalls and Weller was going to let her continue to believe that. He in the meantime had taken to monitoring his wife and his job was became easier when they were both called in over a tattoo.

It was an old tattoo that the team thought they had already solved yet NY Congressman Justin Trimble was murdered at his home and he wrote the lets for the tattoo is in his blood. He spelled out “G.P.A”. It contacted with a tattoo that highlighted three states that were Georgia, Pennsylvania, and Alaska. Plus, its also connects to a group called Growth and Posterity for America which was a lobbying group. It spends millions every year on candidates that would support their agenda and they spent money on both Trimble as well as Director Weitz. Weitz was asked about this group and he downplayed his interaction with them. He said that they funded him in the beginning and that they went separate ways in the end.

Weitz said the same of Trimble. He claimed that he hadn’t spoken in years and that turned out to be a lie. The team had checked his story and the congressman had contacted him the day before his murder. It actually looked like Weitz had set up Trimble and so the team tried to talk to Weitz again, but he canceled all his meetings for the day and left the building. He was possibly on the run and no one knew why. They decided their best course was to look at the congressman and as they were investigating him they found a recording. Trimble had been in contact with GPA and he had been recording them in what sounded like a threat. The group behind GPA were telling Trimble to vote like they wanted or they were going to hurt him and anyone else that tried to defy them.

The team thought that might explain why Weitz suddenly left. He could be scared of what GPA could do to him and so the team investigated the lobbying group. They looked into the bills that GPA supported it and traced it shell companies that were actually the Chinese government. China was using GPA to slowly rip away sanctions against their country and tech industry. And it was working. They managed to get dirt on people in the power and blackmailed people into doing what they wanted. They probably only killed Trimble because he turned int a whistleblower and so the team wanted to know where Weitz came into things. Weitz later came back into the office and that time around he proved willing at being honest.

Weitz admitted that Justin had been in contact with him. He said that he needed to check with someone and that he figured out the congressman and several others were being blackmailed however Weitz said that Trimble had contacted him because he wanted help. Trimble wanted to take down GPA and Weitz told him that he didn’t have enough evidence. He was the one that convinced Trimble to record the conversation and so he blamed himself for Trimble dying because he never thought that would happen. Weitz thought GPA were unprincipled and he never suspected they were a front for China. So once the team told him what they found, the Director put the whole FBI in motion. He demanded that everyone that was funded by GPA gets taken into protective custody and one of the people on that list was Weitz’s mentor. And so Weitz went to him personally.

Weitz took Reade with him to bring in Congressman Frank Davenport and they were together for hours with Weitz holding something back. He had been informed what happened to Reade and the CIA had recommended that Reade is fired for handing over his passcode to Zapata. It wasn’t fair though Reade had handed over his passcode with a fight and so Weitz agreed to fire him. Only first he wanted the CIA to get the paperwork ready and so Weitz pretended like everything was all good with Reade as they did something for Weitz. The guys had made it to Davenport and they told him it didn’t matter what he did or what GPA had over him. And so he explained how there was a recording of him with an underage girl.

There was no coming back from that politically and even Weitz said that. Weitz also said that GPA had targeted another congressman and that he was going to protect his friend whether that friend wanted it or not. So Davenport asked for a minute alone. He used that minute to notify GPA about what was happening and that they needed to come to kill the FBI people in his home. The kill team showed up soon after that and Reade dealt with them as Weitz put the pieces together. He remembered that the only speech where he could have allegedly met an underage teenage girl hadn’t happened like Davenport said because Davenport had flown out that same night. He didn’t have time to stay in a hotel and so Weitz caught him in a lie.

Weitz confronted Davenport just as his former friend grabbed a gun and so they were fighting over it when Reade came in. Reade knocked out Davenport and he saved Weitz’s life.

They later arrested Davenport for espionage and his arrest all but guaranteed they neutralized GPA/ the Chinese Threat.

It didn’t stop Weitz from firing Reade and so the team still lost one of their own, only it had been a smokescreen to trick the CIA because Weitz wanted the FBI to go after Zapata themselves and he needed Reade for his team.

So it’ll probably suck for everyone now that Weller has confronted Remi and wasn’t interested in whatever lie she could come up with.