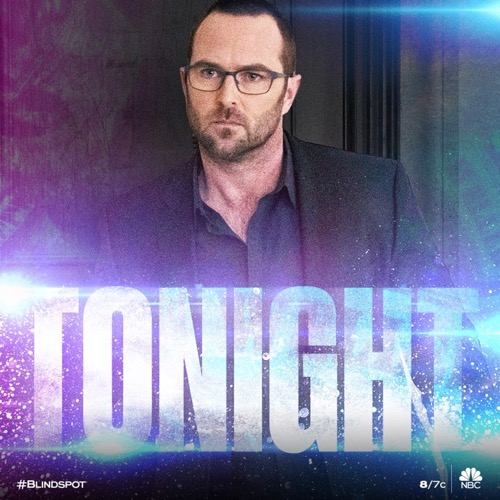 Tonight on NBC Blindspot airs with an all-new Friday, March 30, 2018, episode and we have your Blindspot recap below.  On tonight’s Blindspot season 3 episode 17, “Mum’s the Word,” as per the NBC synopsis, “The FBI team and Avery attend a gala hosted by their target Hank Crawford in hopes of arresting him. Roman grows closer to the Crawfords.”

Zapata was unraveling on tonight’s all-new episode of “Blindspot” because she put her relationships with everyone she ever cared about in jeopardy.

Zapata had kept a lot of secrets from her friends when she began working for the CIA. The CIA told her that she was protecting them with her secrets however she later realized that she was hurting Patterson when she didn’t reveal Borden was alive and that she was hurting herself by not telling Reade how she felt about him. She had had to sit on the sidelines as he moved with someone else and had even got engaged while she merely remained as a friend. Zapata had hated that and so she had, in turn, relied on Patterson. Patterson was her firm friend and support whenever her problems became too much for her. And she had lost that in an instant when Patterson found out what she did.

Patterson had thought Zapata was able to remove her emotions out of situations and that it made her a great agent if not a great friend. But Patterson had been hurt when she learned that Borden was alive and that the CIA had been using him as an asset because she knew Borden deserved nothing less than jail. He was a terrorist that tortured and nearly killed her. Borden didn’t deserve to be released on his reconnaissance and so learning that had happened had been one betrayal too many for Patterson. She decided to push Zapata away and had resulted in kind of childish behavior. Patterson had removed Zapata from the team’s chain texts and so Zapata found herself arriving late to meetings as well as being completely left out of the loop.

Reade had grown so concerned that he later confronted Zapata because he thought she was trying to avoid him when in fact she was being frozen out by Patterson. Patterson had tried to keep Zapata away from the case as much as possible and so eventually Reade had had to step in because they couldn’t afford to make mistakes with so much on the line. The team had learned that Crawford was meeting with a shady businessman by the name of Jean-Paul Bruyere. Bruyere was someone the team believed toyed with illegal activities and therefore they didn’t realize how dangerous he was truly was until Avery stopped by the office. She had wanted to drop off all the information she found on her parents and while he was there she noticed something.

Avery saw a picture of a boat and she told her mom that she had been on it. She explained that she spent Spring Break one year on the boat with her parents, the Crawfords, and a couple. Part of that couple was Bruyere and so the team had tried to figure out who was the woman that Avery talking about. They knew that Bruyere wasn’t married and so they tried to track down this mystery woman by the information they got from Avery. Avery said this woman was either Allison or “Alli” and there was an Allison on the CIA watch list. Her name was Allison Ornstein and she was allegedly connected to the terrorist nicknamed “The Serpent”. “The Serpent” had carried out terrorist attacks all throughout Europe until four years ago when he suddenly stopped.

This man named Bruyere had also filed for bankruptcy four years ago and so the team didn’t believe that was a coincidence. They suspected that Bruyere was “The Serpent” and that Crawford was about to help him get back into the business of wrecking lives. The team found out that Crawford had liquidated three hundred million and that told them that they had to be at the meeting between Bruyere and Crawford. The two were meeting at Blake Crawford’s gala and the gala was going to be off the course of Croatia. And the only people that were going to be allowed into the party were invited guests, so the team decided to rely on Avery. Avery could get them into the party because she knew the Crawfords and Blake Crawford had always been fond of her.

Jane hadn’t liked using Avery for the plan and so she only went along with it because there had no other choice, but the team needed Avery and Avery was able to come through for them. She helped them get into the party and then she let her emotions get away from her. Avery had tried to confront Blake. She asked him if he knew why her father killed himself and she knew before going in that she had been ordered to keep away from the Crawfords. They knew her and could suspect something was wrong if she began letting on that she knew they were criminals. And so Jane stepped in to save her daughter. She claimed that she was there with Avery because of a charity they worked with and so Crawford said they should meet his daughter.

Crawford called over Roman so that “Tom” could introduce them to his daughter Blake and so that gave Roman the opportunity to talk to them. He told them that he wanted to help them take down Crawford who was a dangerous man and he tried to resume some of his relationship with Jane except she wasn’t having it. She told him that her old self-was dead and that she got the chance to start over away from him. Jane had wanted Roman to know that she was going to go after him once they got Crawford and so that changed Roman’s mind. He had built a new family for himself with Blake and her father, so he warned that they needed to go now because the FBI was in the building.

That allowed Crawford to wrap up his unfinished business with Bruyere and he got away with both Blake and Crawford in time. Bruyere on the other hand was eventually killed when the FBI moved in and so the team was told to accept that win. They had taken out a terrorist before he became active again and had tried to make peace with that only Roman wouldn’t let things go with Jane. She had hurt him and so he later put out a hit on all of her friends because he wanted her to lose everyone she cared about.