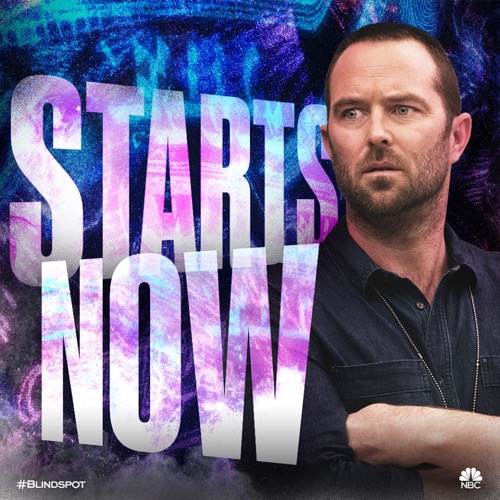 Tonight on NBC Blindspot airs with an all-new Friday, January 12, 2018, episode and we have your Blindspot recap below.  On tonight’s Blindspot season 3 episode 9, “Hot Burning Flames,” as per the NBC synopsis, “After some personal strife, the team must find a way to work together to track down missing nuclear warheads.”

Hirst had claimed the man she worked for was powerful and doesn’t like to lose, but that could have been anyone on tonight’s all-new episode and so Patterson decided to work backward from their cases. Their cases had all been about uncovering secrets and therefore Patterson had every reason to believe that was either a tattoo or several tattoos that could connect to their mystery man. But while Patterson was doing that, the rest of the team was wondering where were Weller and Jane. The couple was never late for work and for some reason they were both MIA as the team was cracking a huge mystery.

They eventually learned that the mystery man they were looking for was Hank Crawford. Crawford was a billionaire that was connected to several tattoos and he also had a dubious connection to Hirst. Hirst had been recommended for the US Attorney position because of Crawford and Crawford happened to fund the SuperPAC that was funding Hirst’s nomination. That is right before she decided to go the FBI route. But what was left of the team did more than just uncover Hirst’s patron. They also found out that a new tattoo connected to an activist group called Blue Dawn and so they dogged a little further into the organization if it could even be called that.

Blue Dawn believed in taking a more active role in what they advocated for and they had a minimal following at best. No one took them seriously and so no one went looking for their live feed. The organization recorded everything they did and the team ended up looking into it. They found the last recording that showed two men broke into a building in the city and that one partner suddenly turned on the other for no apparent reason though Reade and Zapata went down to the warehouse to find out what was so important and they happened to run into several federal agents. The agents belonged to the Department of Energy and it turns out the container that was theirs

They had been keeping a container full of nuclear warheads in the city because someone somewhere thought that was the best place to put them and unfortunately they didn’t have the budget for any sort of security system to actually protect it. But the agent running point on the case had admitted that the system was broken and so some of the agents were at least aware of how bad it looked that some activist group could break it though they truly needed Reade and Zapata to point a few things out to them. Like how two of the padlocks were newer than the others and asking the DOE whether or not they checked the boxes.

They hadn’t! They had merely run the barcodes on the boxes and so they check them until Reade and Zapata made their observations. But the Department of Energy later believed their situation still came out as a win. They thought they were lucky for only missing two warheads and so the FBI decided to just take over. They knew that whoever stole the warheads must have had an inside man and funnily enough the inside man used his badge during the robbery as well as he tried to check back in. His name was Adam Taylor and he immediately surrenders because he said the crazy Russian woman kidnapped his son.

The team later brought in Adam for questioning and they also made sure to get Jane and Weller into the office. Some agents had gone over to the couple’s place to see if everything was ok and so the couple eventually came into work, but they weren’t speaking to each other. Weller had finally revealed that he knew about Jane’s daughter and that he had met her. Her name was Avery. Weller had run into her when he was looking for Jane and he knew instantly that Avery was telling him the truth when she said Jane was her mother. She looked like Jane, moved like Jane, and even talked like Jane.

But Weller had known he was going to be entering a dangerous situation at the time and so had asked Avery at to stay at the hotel because he hadn’t wanted her to get hurt however she followed him anyways and ran right into an ambush. The ambush had been meant for Weller and he had tried to get out of there in time when Avery arrived. She hadn’t gotten as lucky as him and sadly took a bullet that he believed most likely killed her. Weller, it seems had left her behind when more men started to show up and, while he would have died if he had stayed, the fact he had left Jane’s daughter to die is something Jane wasn’t sure she could live with.

Jane blamed Weller for her daughter’s death and in her anger, she lashed out. She found out Adam’s son was missing and decided to ignore protocol to rescue the young man yet Weller had had to save her and even then the two weren’t good. They later found out with everyone else that the woman responsible for the theft of those nukes was Lana “Svetlana” Stepulov. She was Anton “the Architect of Death” ‘s sister and she knew that her brother during interrogation thanks to the CIA. And so Svetlana had wanted something in exchange for those nukes and the FBI weren’t in the business of negotiating with terrorists. Even if she did bomb an unhabituated island to prove a point.

They tracked down her location and Weller had gotten to her plane in time to disarm the nuke. But Svetlana had had a backup plan and so Weller had had to jump out of the plane to make sure that bomb was disarmed when it landed. It wouldn’t explode if it was unarmed and, so with seconds the clock, Weller managed to save Manhattan from a nuclear warhead. Which Jane was glad he pulled off, but it didn’t check the fact he left her daughter to die and it turns out Avery managed to survive her wounds.