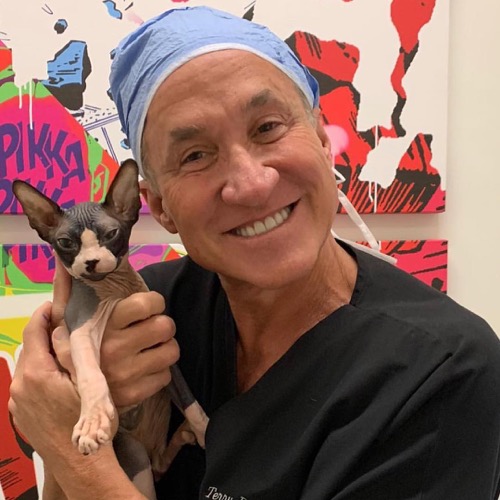 Botched continues tonight with an all-new Thursday, December 13, 2018,  season 5 episode 2 called, “Shake What Your Momma Didn’t Give You” and we’ve got your Botched recap down below! On tonight’s season 5 episode 2 per the E! synopsis, “Dr. Dubrow helps a woman who has gone to desperate measures to fix her breasts; Dr. Nassif takes on a patient whose surgeon poked a hole through her nose; and a plus-sized model on a mission for the world’s biggest bum wants even larger breast implants.”

There was a woman who lost half of her areola. Her name was Hope and one day she realized she wanted bigger breasts. There was nothing wrong with wanting to go up a size, but there were some complications. The breasts hadn’t been what Hope and so she had gone to see another doctor about redoing them. She had been told at the time that it would cost her and she hadn’t known what to do, but then the nurses pulled her aside and said it would be cheaper if her implants ruptured. Hope then took a syringe and stabbed into the implant which left a big hole. She had used that as an excuse to get her revision done at a cheaper price and at first everything had been fine. And then the implant began to swell.

Hope had checked on herself when she saw that the one breast was acting up and so that’s when she felt it. She felt the implant come out of the stitches. She had to go back to the doctor and he had to remove the implant because once it was exposed it could become infected. So the doctor said that she needed to wait a year and a half before getting more work done though she had gone to see another doctor and he had given her fresh implants. Those set had developed complications as well and the one breast that she had so many difficulties with had gone on to ripple. The rippling had been so bad that she lost half of her areola and her breasts looked the worst they ever have. And so the doctors had had a word with her.

Terry and Paul had seen some bad breasts jobs before yet what she did with the syringe could have killed her and she really should have given her body more time to recuperate before going to see a different doctor. What they had to say made Hope think for a good minute and she realized that she could herself over something as silly as vanity. She was in a better state now than she was in before and it wasn’t about vanity anymore. Hope just wanted to feel confident about dating again and she also wanted to be a better role model for her daughter. Her daughter is young and has never dated, so Hope blames for herself for that. She believes she gave her daughter these insecurities about her body and they were both very happy when Terry said he could take on the surgery.

Paul’s surgery involved Stacy. Stacey had grown up with a bigger nose than all of her friends and she had been bullied because of it. The other kids called her Pinocchio and that only made Stacy want to change her appearances. She had decided when she was around thirty to go see a doctor. The doctor had promised a lot of things and Stacy thought she could trust him because he had done great work on two of her friends. She had no reason to doubt this doctor’s capabilities and had been surprised when the first surgery hadn’t gone like planned. Stacy had gone to him again for her second surgery and that time not only did he puncture her nose, but he also made the mistake of wrapping it up.

An open would like Stacy suffered should have been treated with ointment and left to breathe. By covering it up, it allowed the infection to spread and created a black mark on her nose. Stacy had tried going to the same doctor a third time and he said something about having watched some videos which didn’t sound as reassuring as Stacy wanted. She chose to leave the doctor’s office without a second revision and so the doctors took a look. They saw that the nose wasn’t as bad as they feared and they asked Stacy if she wanted to risk surgery a third time knowing that there might be more risks because of her past history. And Stacy thought about it before she ultimately decided to go ahead with the surgery. She wanted to feel beautiful again and believes the surgery would help.

Both of Terri and Paul’s surgeries had had some mild complications with one having a heavy bleed and another whose breasts refused to match up at first. Luckily, they both had highly-skilled doctors who knew what they were doing and so the patients always got what they asked for.

Meanwhile, with each episode, there was someone included that the doctors couldn’t help and tonight that was Natasha. She was someone that believed so much body positive that she had purposely gained weight in order to take the fat from the rest of her body and put it all in her butt. Natasha said there weren’t many full-figured women in Sweden and that she had wanted to be the one to change things, however, it stopped being about positivity over the years because now its just too much. Natasha has the biggest butt that the doctors had ever seen and she wanted to go bigger. She was still gaining by eating unhealthy food and she wasn’t actually exercising. She counted twerking as exercising and that didn’t really count. And so she was already unhealthy when she went to go see the doctors.

Natasha had wanted to increase her breast size and she wanted her nipples to be less in the middle. She said she much rather prefer them facing down and so the doctors had her change into a gown. They later check her over and said that they could fix her problem if they decrease her breasts size yet she didn’t want to go smaller. She was all about living large and its why she rejected another one of their ideas. They tried to warn her that she was a risk of a fat-embolism and so they suggested that she should stop if not slow down. And Natasha’s thoughts about that were all about noting being boring and so she would rather die than slow down from one day having the world’s biggest butt.

Even as Natasha walked away disappointed, Hope got to enjoy her new breasts at a party with her friends and family and in a new sexy dress. Stacy also ditched her hat and was no longer hiding her face whenever she goes out in public.

And all in all these women were returning to their normal lives!