BY Annemarie LeBlanc on May 8, 2018 | Comments: Leave Comments
Related : Uncategorized 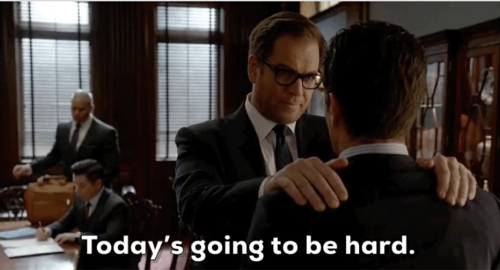 Tonight on CBS their drama Bull inspired by Dr. Phil McGraw airs with an all-new May 8, 2018, episode and we have your Bull recap below.  On tonight’s Bull season 2 episode 22 as per the CBS synopsis, “In the Season 2 finale, Bull’s team is rocked when their client, Elliott Miles, is found guilty of murder, and they must regroup as the trial enters the penalty phase in order to prevent him from being sentenced to death. But when new evidence emerges that could prove Elliott’s innocence, Bull must find a way to present it in court without being found in contempt. Also, Marissa faces hard truths about her relationship with Bull.”

It had been clear to everyone that Bull was falling apart on tonight’s all-new episode of “Bull”. He was drinking more than ever and he had taken on a case that no one believed he could win. Bull for some reason had decided to represent Elliot Miles. Miles had been accused of arson, rape, and murder and the only person that thought he was innocent was Bull. Bull hadn’t been able to talk to Miles because he was mute and so he had more or less gotten a feel of the other man when Miles handed him a handkerchief. He thought Miles couldn’t have harmed anyone off of that one encounter and so he asked Miles how he had gotten the victim’s car. He had been driving around in it when the police picked him and it had been the biggest piece of evidence against him.

Miles said he had bought it off some guy. He hadn’t been able to describe this man in much detail and the police either never looked or never found him. They believed Miles was their culprit and they convinced everyone else. Bull had been the one exception and his team had tried to warn him that they were losing, but Bull hadn’t wanted to listen and so his world came crashing down for him when they eventually lost the case. He went back to drinking and had pushed everyone away. Bull had even given them time off and that meant the office had been empty when the AUSA came in. The prosecutor had been mailed a letter that said in typed letters “he didn’t do it” and there had been mementos from the victim go with the letter.

The AUSA thought Miles must have had an accomplice and that the accomplice had tried to help him by mailing in that letter. Bull, on the other hand, believed the actual killer had sent in that letter because he had been right all along when he said Miles hadn’t done it and so the two men brought the letter to Miles in prison. He hadn’t been looking too good. Miles still proclaimed he was an innocent man and he went on to state during their impromptu interview that there wasn’t an accomplice because he hadn’t taken part in the crime. The AUSA hadn’t liked that and again asked for a name or he said he would go after the death penalty. He had been trying to push Miles into making a confession after the fact and that was just never going to happen.

Miles said he was innocent and Bull decided to take another look at the case. He had thought the first time around that the crime had been a rape that developed into a murder that developed into arson. When Bull looked at the case again, he saw signs of a psychopath. Someone that broke into the Johnson household intent on rape, murder, and homicide because they went to the house with restraints as well as an accelerant. The real killer had planned everything and the only thing that hadn’t fit Bull’s theory had been the car. The car was a large piece of evidence and no psychopath would steal a car knowing what it would mean for them. Bull had asked his team to break off into two one groups – one group to work on keeping Miles alive and another group to find the killer.

Danny had gone around to interview the witnesses again and she met the chief witness first. Mrs. O’Neil had claimed to see Miles running away from the house that night and Danny noticed when she saw the woman again that this time she was wearing glasses. Mrs. O’Neil was blind without her glasses and so she hadn’t seen anyone clearly. She had lied about that and she had also lied when she said Miles had been running away from the house. Danny had asked her to repeat what she claimed she saw and that time Mrs. O’Neil remembered the culprit hadn’t been running. He couldn’t because there had been something wrong with his leg and so he had been shuffling to the car. The foolish woman had said she had been taken out of context.

Only Danny asked if that was the case then why hadn’t she said anything on the stand and so Mrs. O’Neil said she let a man possibly innocent go to jail because no one had asked. The woman was infuriating yet what she actually saw had been useful because that at least gave the explanation on the car. The killer had needed to take the car because he had been too injured to flee on foot and so Bull changed tactics in the sentencing trial. He had Benny bring back witnesses to advocate for Miles and claim he couldn’t have done what they said he did. They brought in Professor Jameson and Jameson had taken advice from Chunk this time about how to gain the jury’s trust.

Jameson had done such a great job that he even thanked Chunk afterward and thankfully his testimony helped them lay out the groundwork. They looked into finding the killer and realized that he had accidentally left behind a receipt for cigarettes in the backseat of the car. The car hadn’t been planned after all and so Cable used that receipt to find him. She looked into who was in the area when he was and that together with Bull’s help used social media to find the superficial psychopath. His name was Wayne Norton. Norton was married and Bull realized right away that it had been the wife that sent in the letter.

The wife had figured out what her husband was and had tried to stop man dying for Norton’s crime, but Bull approached and told her that it wouldn’t be enough. Her husband was dangerous and she wasn’t safe as long as she kept trying to convince herself that she had been wrong about him. Bull had said he could help and eventually she called him because she was ready to do what was right. She went with Bull to the FBI to inform on her husband and the FBI arrested Norton with him confessing to his crimes ten minutes in. So the FBI told the AUSA what they found and all charges against were dismissed in the end. And so the team should have celebrated their big win afterward only Bull had had to call “911” instead.

Bull suffered a heart attack within moments of leaving the court and it would suck if he died right as Marissa was ready to admit she had feelings for him.