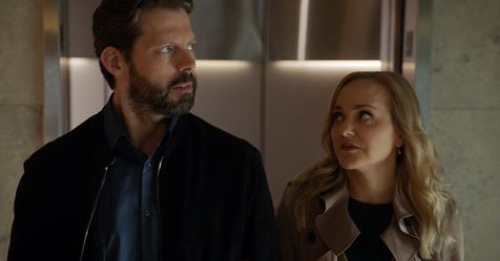 Tonight on CBS their drama Bull inspired by Dr. Phil McGraw airs with an all-new Monday, October 29, 2018, episode and we have your Bull recap below.  On tonight’s Bull season 3 episode 6 as per the CBS synopsis, “Marissa’s restaurateur husband is charged with involuntary manslaughter after one of his employees dies in a kitchen fire allegedly caused by negligence.

During voire dire, Bull and Benny aim to select jurors who will believe the fire was an accident and not a pattern of irresponsible management.”

Marissa meets her husband Greg for a special dinner at the restaurant he owns. He cannot sit but comes to talk to her. She gives the chef her thanks after the meal. She kisses him. She will see him at home later.

Later, a cleaning man smells smoke and heads downstairs at Greg’s restaurant. He is blasted through the door. Fire pours in. The police knock on Marissa and Greg’s door. He is taken down to the station and after some time he is booked for manslaughter after the janitor was killed. Benny gives Marissa the news in the station. Bull is there with her.

At home after making bail, Greg sits with Benny and Bull. They discuss the case. He insists he followed all rules when it came to cleaning grease traps and storing cleaning supplies after he was cited by the fire department and OSHA.

Benny and Bull discuss what type of jurors they are looking for. They need to find jurors who do not see the connection between correlation and causation. They find their jurors. Meanwhile, Danny tells Marissa that after looking through the files it appears Greg only has a few weeks to pay his investors millions or he loses his stake in the company. She didn’t know. She tells Bull who urges her to talk to Greg and not just throw herself a pity party.

The fire Marshall takes the stand and says he believes the victim’s death could have been avoided until Benny points out that the victim was a smoker and could have been smoking in the building. The prosecution comes back to point out that if cleaners where put away properly it wouldn’t have happened.

Danny speaks with the duct cleaning service owner who tells her the worker who signed off on the cleaner is no longer with him. He cannot say for sure if the guy cleaned the ducts or maybe Greg paid him off so he didn’t have to shut down his kitchen. Danny reports this to Bull and Benny at the office. Marissa shows up. She is upset that they didn’t call her in to the meeting. She wants to do her job and figure out the truth.

Bull offers to call an expert to ease her mind. She says yes and then feels guilty she doubts her husband. At court, Greg’s head chef takes the stand. He talks about how great his job is at the restaurant. The prosecutor asks why he has been looking for another job then.

Danny sees Bull on recess and tells him the expert he hired found gas and it was arson. Bull tells Danny they aren’t going to tell Marissa yet.

Chunk coaches Greg. Bull steps in. He would like to do the honors. They don’t know Marissa is watching and listening from another room. Bull questions him about everything. Greg swears that he would never ruin his second chance with Marissa or burn down the magic he created with his restaurant. Bull believes him. Now they need to find the arsonist.

Danny has figured out that Greg’s chef who became a partner would gain from the fire. He is also looking to make a down payment on his own restaurant. Benny puts the chef on the stand. They know he went back to the restaurant that night because of the GPS on his smart watch. It is open source data. Greg is cleared and found not guilty. Outside on their way home he asks Marissa why she wasn’t truly there for him. She tells him she needs time to learn.