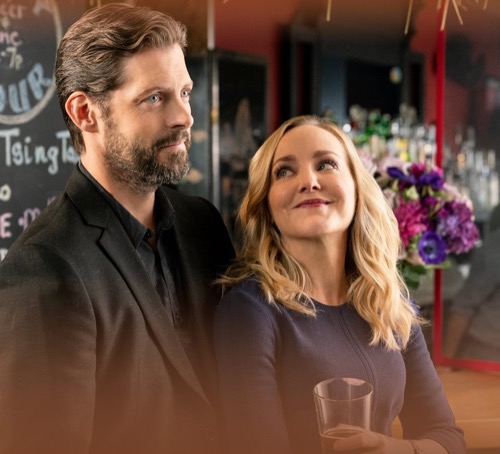 Tonight on CBS their drama Bull inspired by Dr. Phil McGraw airs with an all-new Monday, December 3, 2018, episode and we have your Bull recap below.  On tonight’s Bull season 3 episode 9 called, “Separation,”  as per the CBS synopsis, “Danny enlists her colleagues to help when her boyfriend, Gabriel, is arrested for being in the country illegally and threatened with deportation. Also, Bull represents a German national who is being sued by a museum over possession of a valuable painting.”

We see Jeffrey Schreiber looking at a painting, inside a house, of his ex-wife who just died that he loved. The maid, Consuela, tells him to take his time and goes to get him some tea. She returns with the tea, the painting is gone and so is Jeffrey.

Jeffrey is being sued by the museum over possession of the valuable painting that he claims to own. The painting is valued at 10 million and Melanie, his ex-wife, put in her will that all artwork was to be donated to the museum. Jeffrey, a German national, explains his relationship with his ex-wife to Bull. Jeffrey says that Melanie gave him the painting before she passed away because she wanted him to have a piece of her. Bull questions why the piece was still in her house, Jeffrey says he didn’t want to disrupt before she passed.

Bull heads to the museum and meets with their lawyer, he tries to negotiate that Jeffrey take the painting back to Germany and upon his death, the painting will go back to the museum. Bull tries his best, it doesn’t work, Jeffrey has 24 hours to surrender the painting.

David Ellis, from the department of immigration to see Danny. He tells her that the man she was dining with a week ago, her boyfriend Gabriel, may be in the country illegally. He continues to ask questions, but she won’t tell him anything.

Danny enlists her colleagues to help to find Gabriel, they find him in a holding cell, immigration found him. Danny goes to see Gabriel, he tells her that he doesn’t want to get her in trouble. He says he has been there for seven years and he has no papers, he left his country because of violence and poverty. He got out because he had money, he gave a lawyer every cent he had and was promised citizenship and a career in America. The lawyer ended up getting him a tourist visa that was good for two weeks.

Bull is going over Jeffrey’s case, he doesn’t need the money, so this is not a case of his wanting the painting for its value. Bull is convinced that Melanie gave him the painting as a symbol of their love. Bull is going to try to sell the case as a matter of the heart, Melanie gave the painting to Jeffrey because they fell back in love with each other and she wanted him to have something to remember her by.

Gabriel is in court, the judge tells him that he is accused of being an undocumented alien living in the US, he has no representation. Benjamin walks in and tells the judge that is representing Gabriel and they will be applying for asylum. The judge sets the bond at $10,000.00. Danny thanks Benjamin for showing up and helping out, Gabriel thanks him as well. Benjamin tells Gabriel to go home and make a list of people who will state that he should stay in the US.

Its late, Danny is in the office, Bull tells her that Gabriel picked the wrong time for a case like this, but who knows.

In court, a man tells a story on how he couldn’t breathe in a restaurant, he passed out – he had a collapsed lung and Gabriel saved his life. Bull doesn’t think they changed the judge’s mind, he didn’t have any facial expression.

Jeffrey is in court, his sister is on the witness stand and she tells them that she spoke to Melanie and she made it very clear that she wanted Jeffrey to have the painting. The museum’s attorney suggests that Jeffrey’s sister wants him to have the painting so she will get it when he passes.

Danny is called to the stand, she tells a story about Gabriel, how he hid his fierce intellect, disguise his superior education. But, when the man had trouble breathing, he exposed himself in order to save a man’s life. Danny says that she almost felt duped, but at that moment, the man’s life meant more to him than his own. Bull asks for another day, he claims to have another witness. Benjamin asks who the witness is, Bull, says he doesn’t have one, but they get to live another day.

Bull tells Danny that the judge just wants to deport Gabriel and get on with his next case. Danny tells him about the lawyer who scammed Gabriel.

Danny goes to see Gabriel, he is crying and lost all hope. Danny tries to speak to him, she has an idea and wants to talk to him about it. Danny tells him that they should get married.

Danny and Gabriel are at city hall, he is still worried. They get the marriage license but there is a 24 hour waiting period.

Back in court, there is another witness in Jeffrey’s case, this woman worked in a frame house and she claims that Melanie told her she wanted her ex-husband to have the painting. In fact, she was to deliver the painting to Jeffrey’s residence once the frame was changed. Jeffrey won the painting.

Benjamin and Bull meet Gabriel and Danny outside the courthouse. Gabriel is being deported, but it will all be civilized. Danny is shocked. Gabriel says its ok, he has family there. Danny and Gabriel hug, Gabriel leaves with Bull and Benjamin to the airport. Gabriel is confused, he gets on a private jet. Inside, Jeffrey is there, he tells him to buckle up. Gabriel is going to Germany. Jeffrey tells him that when they land he is going to tell officials that he is claiming political asylum. Jeffrey did all this as a favor to Bull for getting him his painting.

Danny is home, she gets a call from Bull who tells her that all is fine. Danny says she hates him for not telling her earlier, but thanks him for what he did.