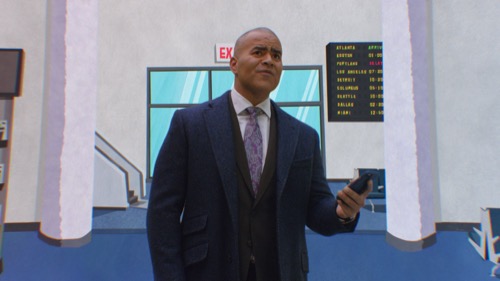 Tonight on CBS their drama Bull inspired by Dr. Phil McGraw airs with an all-new March 6, 2018, episode and we have your Bull recap below.  On tonight’s Bull season 2 episode 16 as per the CBS synopsis, “Bull seizes upon the opportunity to get a new trial for an old client when doubt is cast upon evidence that helped convict him of murder 14 years earlier. Also, Danny is reluctant to work with Cable’s replacement.”

A seemingly innocent night out at the bar turned into a tragedy on tonight’s all-new episode of “Bull” when Derrick Graham was accused of raping and killing a young woman.

The accused had been young. He was a hotshot investment banker on the rise and that night he had gone out to celebrate a promotion however he had met a young woman at the bar and the two had hit it off. They were seen making out and she had written her phone number on his hand before she went home alone. The next thing Derrick knew he was being asked to come down to the police station and was being grilled for hours on end about that night. He told them that he remembered it as innocent and they badgered for hours about there is the chance he didn’t remember everything. They reminded him that he had been drinking and had even gone as far to say that the woman he had been talking to that night had gone on to accuse him of sexual assault before she died.

They told him that Ashley had had a few moments of consciousness and that she had written down the name of the man that attacked her. Then they showed him a paper with his first name on it and they claimed it had been in Ashley’s handwriting, but that had been a lie. Ashley had never written down his name because she had already been dead when she was found and the police officers had manipulated Derrick. They told him that if he had a lawyer that it would make him look guilty and so all those hours he was with them – he had been in there alone with them and that’s how they coerced Derrick into confessing. He confessed that he had raped and murder Ashley and then later his lawyer tried to strike it from the record.

The lawyer had tried to tell the judge that his client had been coerced and he had even had Bull on his team ready to speak on Derrek’s defense, but that had been back in 2009 when Bull was just starting out and so it turned out to be one of the few cases he had ever lost with this one hurting the most. He truly thought Derrick was innocent then and he still believed that. Bull has been waiting to for the opportunity to correct the wrong and he came across that when he found out the judges across the country were throwing out bite marks as evidence. It was unreliable and was finally being seen as unreliable, so Bull decided to see if he could use that to vacate Derrick’s arrest and get him a new trial.

Bull’s people hadn’t been too sure about though Bull had been. He knew Derrick was innocent and had merely needed his team’s help in proving that because things were going hard enough as it was with Derrick’s confession. The judge had let the confession stand the last time and that’s what Derrick. It had made him look guilty from Day 1 because the jury thought if he hadn’t been guilty that he wouldn’t have confessed and so Bull had gone to talk to Derrick about the case because he wanted Derrick to understand the realities only Derrick had a problem with that. He wasn’t sure if he was asleep these years or if he was dead. He just thought it was a nightmare and cutting himself off from his family hadn’t been good for him.

Derrick had pushed everyone away when he got sent to prison. He kept turning down their requests for visitation until they finally stopped asking and so seeing Bull again after all those years was the first time he allowed himself to have contact with the outside world. So Bull did become worried. He thought Derrick had given up and that’s the worst thing he could have done. It showed that he didn’t think he was ever going to be released and so Bull hadn’t wanted to raise his hopes. He knew that if he did that it would kill Derrick if they lost again and therefore he did the next big thing. He didn’t tell Derrick he would get him out, he merely did everything in their power to ensure they didn’t lose again.

Bull got Benny to take Derrick’s case in front of a judge and she had vacated the original verdict, but she let the confession stand again and so Bull had his team help him pick people that wouldn’t hold that against his client. They chose people that wouldn’t take nervousness to mean guilt and who had always believed in reasonable doubt. Then with the jury picked, Bull went out to find witnesses and he thought he had found the perfect one in Derrick’s friend Josh. Josh had ben at the bar that night and so he could tell the jury about what happened. Like how Derrick flirted with Ashley at the bar and how she later joined their table. And that’s what Josh had said until he had been asked about whether or not he provided drugs to the accused.

Josh had said that he had always felt guilty about that and so the ADA had jumped all over that because Josh would have only felt guilty if he thought Derrick was so out of his mind on drugs that he would rape and murder a woman. So that had hurt Derrick because he thought even his best friend had thought he was guilty and funnily enough that had got Bull to thinking. He couldn’t see why Josh would blow such a big moment unless there was a reason and so he investigated the reason. He had his people check out Josh and Josh’s MetroCard was used not long after the murder and three blocks from the crime scene when he originally told the police that he had gone home hours before. And so Bull figured out who really killed Ashley.

Ashley had been interested in Derrick and so that must have made his friend Josh jealous. Josh was so jealous that he followed and assaulted Ashley then afterward he took the promotion that had been given to Derrick. Therefore, Josh’s entire life would have been Derrick’s if Derrick hadn’t gone to prison and so Bull set the scene. He had Benny go after the cop that got the confession because the cop had gone on to find evidence of Derrick’s guilt after he decided Derrick did it and then he had used the card he had up his sleeve. His team had found a third person’s DNA on Ashley’s scarf and so Bull told Josh that they already proved that it was his. And so he advised Josh to get ahead of his arrest by confessing while he still had time, so Josh ended up confessing before Bull had gotten the confirmation that Josh’s DNA had been on Ashley.

It had been a gamble though it had paid off in the end and Benny had pushed for his client to fully be vindicated so the judge allowed it to go on record that Derrick was found not guilty.