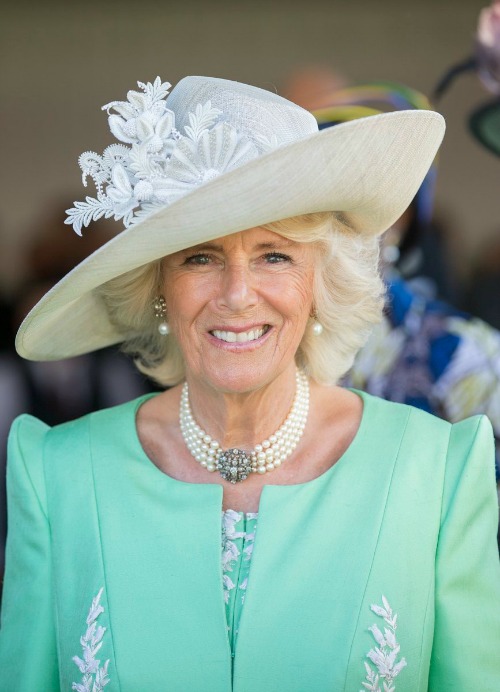 Camilla Parker-Bowles is skipping Princess Eugenie’s upcoming wedding to Jack Brooksbank. New reports say that even though the entire royal family will be there – including Eugenie’s parents Prince Andrew and his ex-wife Sarah Ferguson – Camilla is being forced to skip the ceremony and reception.

Even though Camilla Parker-Bowles was front and center at both Prince William and Kate Middleton’s wedding in 2011 and Prince Harry and Meghan Markle’s wedding back in May, Prince Charles’ wife won’t be present to see Princess Eugenie marry her fiancé, Jack Brooksbank.

And that’s not because there’s some sort of ongoing feud between them or behind closed doors. Instead, the Duchess of Cornwall simply has a royal engagement that she is attending on the same day and at the same time, too. Camilla takes her commitments very seriously and doesn’t want to disappoint anyone by not showing up to work.

According to The Sun on Sunday, Camilla is scheduled to conduct an engagement at a school in Scotland. She promised the school children that she would show up about eight months ago and before Princess Eugenie and Jack Brooksbank’s wedding date was revealed.

Speaking to Britain’s The Sun, one source close to the situation said, “When this date was proposed, she said that regrettably, she couldn’t come. The family understood, particularly Eugenie, and were fine about it owing to her previous commitment. Camilla didn’t want to let anyone down.”

Reports also indicate that the Duchess will be the only senior member of The Royal Family that will be absent from the ceremony. That means Queen Elizabeth along with Prince Philip, Prince Charles and the rest of the royal family will be there for Princess Eugenie’s very special day.

There was also speculation that Kate Middleton would not be able to attend the wedding, as her sister Pippa Middleton is expected to give birth to her first child any day now. As of press time, it looks like both the Duke and Duchess of Cambridge will attend the wedding to help show their support for the newlywed couple.

Princess Eugenie and Jack Brooksbank’s wedding is scheduled for Friday, October 12 at St. George’s Chapel near Windsor Castle. The couple have invited over 1,200 people from all over the United Kingdom to help celebrate their special occasion. In the meantime, don’t forget to check back with CDL for all the latest news and updates on Camilla Parker-Bowles, Prince Charles and the rest of the British royal family right here.