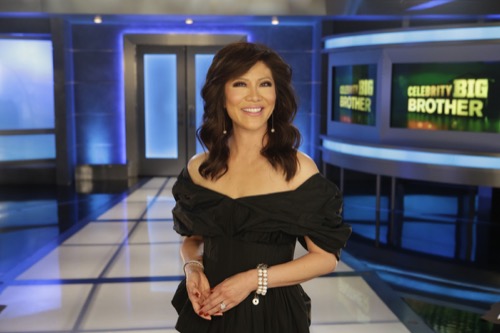 Keisha nominated James and Chuck. Ross knows that his alliance needs to win the POV or the men might disrupt the nominations. Keisha has a talk with Chuck and tells him it is not personal and if he didn’t go for the bag, he would be on the block.

Meanwhile, Chuck thinks Shannon is behind his nomination and even if he did not take the bag he would still be up on the block.

The consensus from the women is that they want James to go home. Shannon speaks to James and tells him not to worry, everyone is mad at Chuck because he went for the bag first – her goal is to make him think that he is not in danger and maybe he won’t play so hard for the Veto.

Omarosa tells Keisha that seven-person alliances usually don’t work and she wants to do a BGM, Black Girl Magic alliance… a two-person alliance is born. Omarosa says it will be the first time in Big Brother history a BGM alliance got to the finale.

Time to pick players for the Veto competition. Only six players will participate, the HoH, the two nominees, and three others randomly chose. The other players chosen are Shannon, Ariadna and Mark – Omarosa is chosen as the host.

Keisha asks Mark who he would take off the block if he wins and he tells the truth and says, James. Keisha tries to change his mind but it does not work.

Julie plays a game with the contestants giving them some news from the outside world; politics, sports, and entertainment.

Time for the Veto competition, everyone has to put on their robe and head outside to the spa. The players have to search for letters, one at a time and spell the longest word. They only have ten minutes to lock in their answer.

The players are ready to play, they have to crawl through and dig through the mud. Ross has never been happier to have not been picked for something in his life. The players are full of mud and soaking wet.

Chuck is digging like a bulldog but doesn’t appear to come up with much. Ariadna came up short, Mark spelled SOME, Keisha spelled PRIMED, Shannon spelled RESPONSIBILITIES, James came up short and Chuck spelled SPANNED. Ariadna and James are tied for the last place and will share a “brotox” punishment, Shannon wins the Veto.

Keisha is really happy that Shannon won the Veto, she wants to take Chuck off, put Mark up and send James home; Ross disagrees. Omarosa is getting nervous about Shannon because she keeps saying, me, me, me and I, I, I – she appears only concerned about her game and not the alliance.

Ross confides in Marissa that he thinks his days are numbered, once the men are voted out, he thinks he is the next one out. Ross is going to let the women underestimate him all the way, but he is confident that he is the one that is going to land on top.

James and Ariadna are called to the diary room to get their “brotox” treatment; for the next 48 hours they are dressed up as babies crawling on their hands and knees and every time they hear a baby crying, they have to suck on their baby bottles.

Keisha tells Omarosa that she had a good conversation with Chuck and thinks that James and Mark are a bigger threat. Ross asks Shannon if they are going to use the Veto, Shannon says whatever Keisha says.

Ross is worried the Omarosa and Keisha are running the show. Shannon is now rethinking everything, why should she put Mark up and get more blood on her hands. Shannon goes to see Omarosa and the girls tell them that she would rather not use the Veto.

Keisha says that she thought they agreed to use it, but if Shannon doesn’t want to do it then it is fine – but Keisha is clearly annoyed. Shannon is annoyed, she feels like Keisha and Omarosa are jumping down her throat.

Omarosa is alone with Shannon and tells her to use the Veto and scare the men. Shannon starts crying, she is losing it – in fact, Omarosa is worried that she even aligned with her at this point.

Time for the Veto meeting.

James is first to tell everyone why he should be taken off the block, he says it should mostly be because he didn’t go for the gift bag. Chuck, on the other hand, says that grabbing the bag was simply gameplay.

Shannon declares that she will not use the PoV. Ross looks happy, Omarosa looks upset, while Shannon hopes she made the right decision. James is not surprised but vows that he is not going out of the house without a huge fight.

[2018-02-09, 9:59:18 PM] Rosie LeBlanc: Julie welcomes back past winners of Big Brother; Ian, Derrick, Nicole, and Josh. Derrick says that he is surprised how everyone is in the public eye and it looks like they have already forgotten that there are cameras on them. Josh thinks he would go nuts in this house like Metta. Nicole says that Shannon is making herself a target and it stinks. Derrick thinks the alliance of seven needs to be careful or they are going to sabotage themselves, Ian agrees. Ian thinks the guys need to get their heads back in the game. Julie asks everyone who do they think will win it all; Ian says James, Derrick says Marissa, Nicole says Marissa, Josh says Ross. Back in the house, Shannon and Ross are talking about Omarosa and both agree they can’t trust her. Ross makes an alliance with Shannon.

Shannon meets with Marissa, Ross, Brandi, and Ariadna and tells them that Keisha has a deal with Chuck and Omarosa is in on it – she wants them to flip the vote and keep James in the house, get him to work with them.

Is a blindside in the works?

Omarosa is clearly shocked. Chuck tells Julie that he is not shocked, he had a feeling the night before that he would be voted out.

Chuck thinks Shannon has a huge chance to win the game, as well as James.