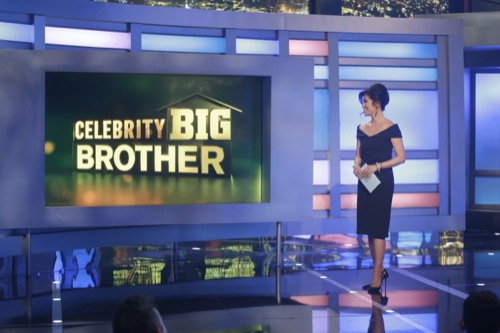 James is thrilled that he is still in the game, Omarosa is shocked and Metta thinks the whole thing is crazy. Omarosa knows that there is another alliance that she was not apart of it and is ready to start fighting.

Shannon feels the game is scary and hopes she made the right decision. Keisha only trusts Omarosa, while Brandi is thrilled to have given her a little ego check. Ross made a new final four deal and is happy about it, for now.

Shannon reaches out to Omarosa in front of all the houseguests and Omarosa asks for their talk to be in private. Shannon said that they were worried that Keisha was setting up a side group with Chuck and that is why they did not tell Omarosa. Omarosa tells Shannon that she is going to regret what she did. Shannon then goes to speak to Ross, Brandi, Marissa, and Ariadna – she tells them that she had this deal with Omarosa.

Meanwhile, Ross is confused at this point on which alliance he is really in. Omarosa, Keisha, and Metta are talking and they believe that Omarosa might end up being backdoored.

Metta is all confused, he thought when he voted for Chuck, it was for him to stay in the game. Omarosa is hoping she gets HoH and turns the house upside down. Time for the HoH competition, all the contestants are dressed in ballet outfits, its the first ever celebrity edition of Bowlerina.

Omarosa overhears Shannon tell everyone to keep picking her in this challenge until she is out. Omarosa calls Shannon out and tells everyone that Shannon is aggressively attacking her – the girl who did not want to be the main bitchy girl on TV.

Shannon says to Omarosa that she is the one that told her that Keisa had a conversation with Chuck, Omarosa admits that she did, but a conversation is not a deal. The first two up are Marissa and Omarosa. Omarosa is out and she is having trouble breathing, she goes to see the medic.

Ross is going up against Metta, Ross wins. Now that Omarosa and Metta have lost, Keisha thinks she has no chance of staying in the game. Mark is up against Brandi, Mark wins. Ariadna and James are next, James wins. Meanwhile, everyone is wondering if Omarosa is ok.

The last two are Ross and James facing off against each other for HoH. James is going to throw the competition, he prefers to get HoH next time. As James planned, Ross wins HoH. Ross is thrilled, he is going to go after Omarosa and Keisha.

Its midnight and everyone is worried about Omarosa, they haven’t heard anything about her. Marissa and Shannon think Omarosa will not be returning to the house and Ross doesn’t know what he is going to do, he needs a plan B and he is thinking it may just be to get rid of Shannon. Ross has a message to read to the houseguests, Omarosa was taken to the hospital and is being treated for an asthma attack, she will return prior to the nominations ceremony, the game will continue as normal.

Keisha is happy, she really needs her. Ross tells Ariadna and Brandi that Shannon and James has a final two and if he had to get one of them out in crunch time, it would be Shannon because they are all playing her game.

Omarosa is back, Ariadna sees her sleeping in bed and tells everyone. Omarosa comes in the kitchen and everyone hugs her and says they are happy she is back and ok.

Meanwhile, Ross is having reservations nominating someone who just got out of the hospital. Time for the nomination ceremony; the first houseguest nominated by Ross is Omarosa, the second is Keisha. Omarosa gives Ross a little sass, but backs down and lets him finish his speech.