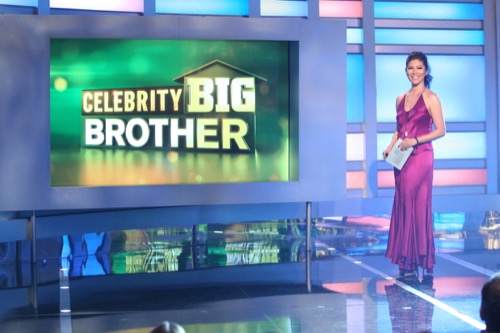 Never underestimate the power of a wink. Omarosa’s goal was to break up the power of the pairs. She has Ross on the block against Brandi because Brandi is shady, she cast the lone vote for Shannon – but Ross is her target because he put her on the block.

Meanwhile, Brandi is worried about the winks and thinking maybe someone in her alliance has crossed over to the dark side. Everyone is in the kitchen and Omarosa is planting seeds of doubt so alliances question each other. Everyone is talking and Brandi lets slip about her final four and she tells Marissa that she believes she is working with Omarosa because she winked at her.

Marissa feels like she is being personally attacked and she is not happy about it. Clearly, Omarosa is causing the trouble that she intended too. Ariadna and Marissa are talking, they think that Mark is working with Omarosa and James; and that one of them will be put up on the block as a replacement nominee.

Marissa tells Ross that she is certain that Mark cut a deal. The houseguests are outside, they are playing a game called Twitter where they pretend that they got questions from Twitter followers. Brandi comes up with a question to catch James off guard, she asks him if he made a deal with Omarosa and Mark.

James makes a joke of it, says that he made a deal with everyone. Mark then says thank you for letting him know that he was in an alliance that he knew nothing about.

Mark and James are working out, James tells him that they have to choose who to partner with, Omarosa or Ross. James wants to get rid of Brandi, but Omarosa wants to get rid of Ross – something is going to happen to their alliance with her if they go to get Brandi out.

James goes to speak to Marissa and tells her that if she alliances with he and Mark, they will save Ross. The problem here is that Marissa has a soft spot for Arianda, she tells James she needs to think about it.

The Veto players were chosen by random draw; they are, Omarosa, Ross, Brandi, Mark, Metta, and Marissa. The question is, which Veto are they playing for; the Diamond Veto, the VIP Veto or the Spotlight Veto.

Time to reveal the winning Veto, Julie announces that the winner is the VIP Veto, the winner has the power to use it twice if they want to at the Veto meeting. In this Veto competition, the houseguests will race down a red carpet and bring puzzle pieces back to a puzzle board, the first houseguest to correctly put their puzzle together and hit their button, will win the VIP Veto.

Ross won the Veto, just seconds before Omarosa and now he has moments to decide what he wants to do. Time for the Veto meeting, Ross saves himself. Omarosa now has to name a replacement nominee, she chooses Metta and says it is because he wants to leave.

Julie then asks Ross if he wants to remove someone else off the block, he says no. Time for the live eviction,

Metta says thank you for having the opportunity for being in the house, but he misses his family. Brandi says thank you to Metta for wanting to go home.

Julie announces that there is a Double Eviction night coming up, which will leave five celebrities to battle it out in the finale.