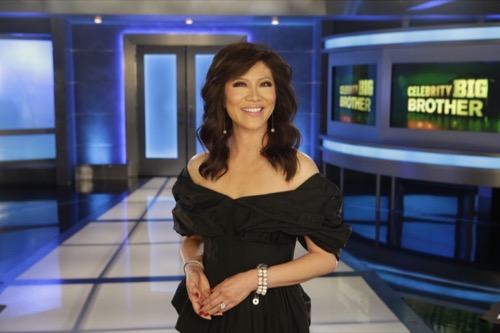 Brandi is emotional since Metta’s leaving, she really liked him. Omarosa is happy to still be in the house but losing Metta, he loses someone who would be on his side. Meanwhile, Ross is thrilled that he saved himself. Ross, James, Mark have solidified their final for and call themselves #RoomieSquad – they just need one of them to win the next HoH and it will be smooth sailing until the end.

James wished Ross didn’t use the Veto on himself and have sent Brandi home. Ross agrees, but Metta begged to go home. Ross goes to Arianda and Brandi, tries to convince them to get rid of Omarosa because he thinks she is trying to get rid of him.

Meanwhile, Ariadna thinks the biggest threat left in the house is James and she would rather get rid of him next. Time for the HoH competition. The competition is called Red Carpet Ride All they have to do is cross the red carpet and ring the buzzer, but it tough, the carpet topples easily and they fall off quickly.

Brandi is the first one to ring the buzzer with Marissa following, then Ariadna. The next set of three is up; it’s the guys, Mark is first, followed by James and then Ross. In the end, the player with the fastest time is Mark, then James, followed by Brandi; the three of them will be facing off against each for HoH.

James does it first, but he wants to give it to Mark and is hoping he crosses the red carpet before Brandi. Mark makes and rings the buzzer; it dawns on Omarosa, James and Mark have a final two deal.

Marissa is worried about Brandi and Arianda now that the boys have control, she is going to try to shift the attention on to Omarosa. Mark tells Omarosa that he wants to target Bandi and Arianda, Omarosa couldn’t be happier.

Mark tells Ross his plan, Ross tells him that Omarosa is a liar and that comes out of her mouth is fake news and they have to get rid of her first. Mark has some thinking to do, he needs to make a decision. Omarosa shares some stories about her being on Air Force One and spending time with Trump, nobody really seems that interested.

Brandi asks Mark if it was a set up that Mark would get HoH this time, so James could get the next one. Mark says no, it was simply a selfless act. Meanwhile,

Omarosa goes to play pool and lets Brandi keep running off her mouth so they end up getting rid of her. Time for nominations, The first guest nominated is Brandi, the second one is Ariadna. Mark tells Brandi that she has been lobbying for him for weeks and he has decided to strike first.