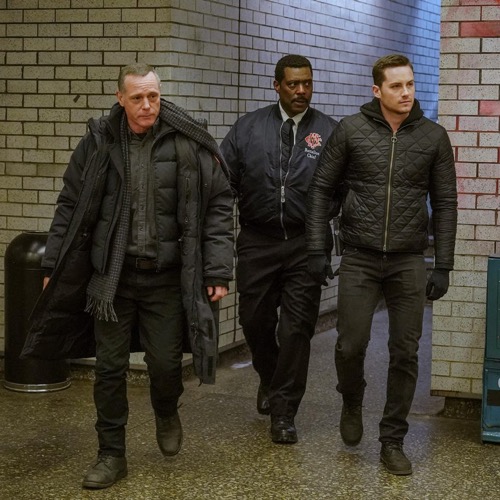 Tonight on NBC Chicago Fire returns with an all new Thursday, January 25, 2018, season 6 episode 13 called, “Hiding Not Seeking” and we have your Chicago Fire weekly recap below. On tonight’s Chicago Fire episode as per the NBC synopsis, “While working to track down a bombing suspect, Voight (guest star Jason Beghe) and Antonio (guest star Jon Seda) meet with Chief Boden (Eamonn Walker), who unwillingly agrees to let Dawson (Monica Raymund) and Brett (Kara Killmer) go undercover. As the investigation continues, Boden, Casey (Jesse Spencer) and Severide (Taylor Kinney) lend their skilled expertise in the investigation.”

Tonight’s Chicago Fire season 6 episode 13 looks like it is going to be great and you won’t want to miss it.   While you’re waiting for our recap make sure to check out all our Chicago Fire recaps, news, spoilers & more, right here!

Voight wants the paramedics help to get into Goerge Lehr’s house, the chief Dawson is against it but finally gives in. Trudy is unstoppable since the bombing, she is back to work like nothing happened. Dawson and Brett are going to go under cover to help to take in George, Joe is not happy about this, he thinks it is too dangerous.

Dawson and Brett head to Lehr’s home, he is surprised to see them because he didn’t call the paramedics – says it’s not a good time, but he lets them in anyway. They take his blood pressure and listen to his heart, they try to stall so Jay can put a memory stick in his computer and copy his hard drive for evidence. Someone knocks at the door, it is Lehr’s brother Edmond, he tells them the paramedics are there to do a wellness exam.

There is another explosion, a car blew up and the victim’s name is Janet. The same material is found, it is the same person planting the bombs, they have a serial bomber on their hands. Antonio is staking out George Lehr’s house and Voight is worried there may be more bombings. It turns out that the victim is the mother-in-law of the prime suspect.

Chief Dawson found a clue, that Sheppard owns another property that he may have been making the bombs out of. They head to the house and find that there is a shed in the back, once they break into it, they find everything they are looking for – the bombs were made from here. Voight wants the house torn apart to find a clue on where this guy is going to hit next.

Kidd and Zach’s relationship hits a bump, Kelly is thrilled that Stella was worried about him when he went after the bomber, Kidd oversees the exchange and pretty much lets her go.

Sheppard is taken into custody, the PD found an email where he was in communication with Lehr about a package. Voight and chief Dawson send their teams to the Chicago Telegraph building where they think the next bomb hit is going to happen. It turns out it wasn’t Chicago Telegraph, it is the subway where the next victim usually travels to work every day. Sheppard is taken into custody, both teams working together paid off, no other bombs went off and nobody got hurt. Kelly is happy that Zach has moved on.