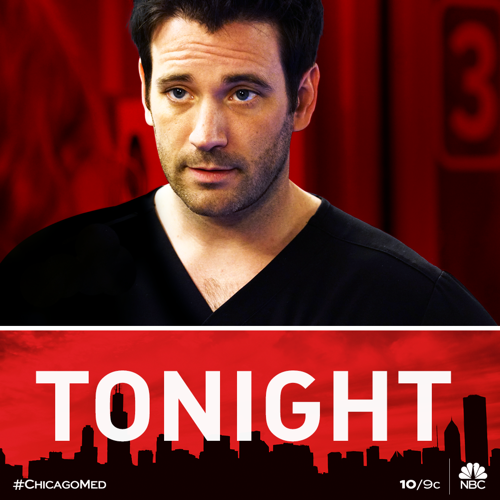 Tonight on NBC their medical drama Chicago Med airs with an all-new Tuesday, March 20, 2018, episode and we have your Chicago Med recap below. On tonight’s Chicago Med season 3 episode 12 as per the NBC synopsis, “Upon hearing news of a pregnant teen, Dr. Manning and Dr. Choi venture to a homeless encampment to help deliver a baby under dire circumstances. Dr. Rhodes and Dr. Bekker argue about the best way to treat a young boy with a chronic disease. Dr. Halstead and April are put in an uncomfortable situation when they find out their patient is a pedophile. Goodwin and Maggie have to deal with a lawsuit against the hospital. Dr. Charles learns of important news pertaining to Dr. Reese’s father.”

Choi and Manning were just finishing up a long night on the nightshift when a homeless teenager came to them asking for her on tonight’s all new episode of “Chicago Med”.

The teenager had gone to them because her friend was pregnant and needed a doctor however neither of the girls had wanted to call for emergency services and the pregnant teenager didn’t want to come in. She was afraid that social services would be called if she came in and no one wanted her to enter care. The girl wanted to stay in a community they built for themselves and so Choi decided to respect her decision. He decided to go their settlement and he asked Manning to join him. He knew he was going to need all the help he could get and he could see that she wasn’t going to go unless he asked.

Manning had wanted to do things by the book. She wanted to bring the girl in whether she wanted it or not because she believed that it was best for the patient and going to settlement hadn’t changed her mind. She saw for herself that an expectant was sleeping on cardboard with nothing but tarp over her to keep mother nature at bay, so Manning wasn’t happy with the situation and she only stayed because of Choi. Choi had seen the same thing as she did and he still hadn’t wanted to go against the teenager’s wishes. He listened to the patient and the patient wanted to stay even as she admitted that her water broke two days before.

That had changed things for the doctors. They could see and later received a confirmation from the tests they ran that the teenager had a fever which was dangerous in anyone that was pregnant. It was just worse because of the conditions she was staying in and so Manning had tried to the teenager about coming in. She said that she would talk to the social worker herself to make sure that both mom and baby went to a good home yet the others there had heard that before and they told Manning about what would happen afterwards. They said the good homes never keep the teenagers for long because no one wants to adopt someone so old and that then they would get bounced around until they ended up with someone that cared only about cashing checks.

The girls had all been at a house like that and they remembered the abuse. They talked about how horrible it was and more or less guilted Manning into seeing things from their side. They didn’t want go back into an abusive situation and so Manning agreed to go pick up some meds at the hospital. She hadn’t liked it and had run into Halstead who was having his own problems with a difficult. The patient that Halstead was treating hadn’t wanted to be treated. Mr. Thomas had cancer and didn’t want to fix it or fight it because he said he deserved to die. He was a pedophile that hadn’t molested a child in fifty-six years and he wanted to die before he loss control.

April hadn’t wanted to treat Mr. Thomas after he told them about himself and she hadn’t understood why Halstead wanted to continue to treat the patient. The patient didn’t want it, April hadn’t wanted to go near him, and so Halstead was the one person that wanted to keep Mr. Thomas alive. He had even asked psych to come down because he thought his patient was suicidal. He wasn’t! Mr. Thomas just didn’t want to fight for a life he felt didn’t deserve to be prolonged and so psych checked him over though they found him mentally fit. They said that he wasn’t suicidal and Halstead thought they were wrong.

Halstead talked to Reese about the patient and had had Reese in the room when he tried to talk treatment with Mr. Thomas, but Reese had thought the patient saw his cancer as punishment for what he was and that wasn’t how Mr. Thomas saw it at all. He said that he went his entire life without hurting anyone and that his cancer was a reward for that. It was reward because now he no longer has to keep fighting and could just pass away, so the two weren’t going to convince him to accept treatment and he wasn’t the only person at the hospital that needed help. There were other patients and it seems there was also a pending lawsuit.

Someone was suing the hospital because they claimed they lost their foot when patients with insurance were seen ahead of them and the person this lawsuit was naming was Maggie. Maggie allegedly gave an ambulance driver that directive and so Maggie later spoke to this man with Sharon. They both wanted to know what gave him the idea and he told them to “look around”. He and the others were given a break room with video games and tv that they believed was their incentive to bring in paying patients. It wasn’t however both women knew how the driver could make such a case and so they were kicking themselves.

It had been their decision to set up the pizza room and so Sharon had decided to shut it down so that there wouldn’t be anymore confusion yet she was later asked to open it back up again because the hospital was seeing an increase in revenue since the pizza room opened. Sharon now knew it was because of all the wrong reasons and she told the board this as well. They just hadn’t cared. They didn’t want to get caught accepting insured patients over uninsured patients and they also liked that there was more cash flow. It was just Sharon that could see the hypocrisy and so she took the win where she could. The patient that lost his foot had agreed to a settlement and so that was something.

Back at the settlements, Laura had given birth to her baby and the doctor thought it was time to finally bring what they have to do. They told her that the baby should be brought to the hospital because she could freeze to death if she stayed with Laura on the streets though what they hadn’t expected was that Laura would tell them to just take the baby. She wanted her daughter to have a better life than she did and that could only work if the baby didn’t have a sixteen-year-old runaway standing in the way of the baby being adopted. And that could happen. The baby was the right age for the good people in the good homes that wanted kids and wouldn’t adopt an older child.

The doctors had actually gained a lot of respect for the teenager because they weren’t sure if they were brave enough to do the same if they had been in her shoes and afterwards they had both wanted to talk about it. Manning had wanted to talk to Halstead, but he had just lost his patient by then and couldn’t be there for her while Choi had talked to April about what they both went through and later he went over to his sister’s. He had been avoiding his sister for some time and tonight he realized he needed to be braver.

And while no one mentioned anything when they were treating a patient together, Bekker and later Rhodes both ended up regretting their night together.