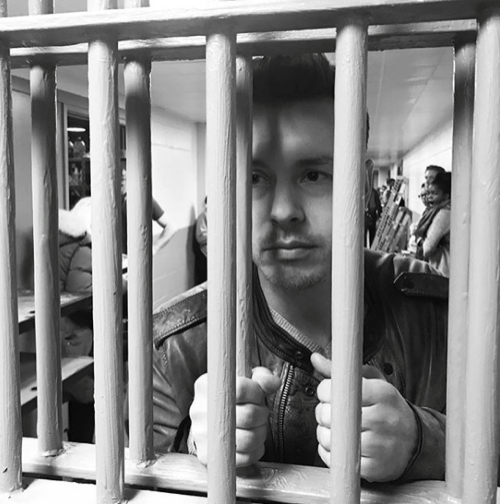 Tonight on NBC their drama Chicago PD returns with an all-new Wednesday, May 9, 2018, season 5 episode 22 finale called, “Homecoming,” and we have your Chicago PD recap below. On tonight’s Chicago PD season 5 episode 21 as per the NBC synopsis, “In the Season 5 finale, tensions run high as Intelligence seeks justice for Olinsky after he’s stabbed in prison. Antonio’s loyalty is put to the test and Woods looks to take down Voight once and for all.”

Voight is upset, he goes to confess off the record, he wants to know if all charges will be lifted from Olinsky. Voight is with Woods and Jimmy to confess, Woods is thrilled that he is going to take down Voight once and for all. Voight gets a message that Olinsky is stabbed and he runs out of the room and heads to see him. Olinsky didn’t make it. Voight tells the crew that the best way to honor their friend is to find out who did this to Olinsky, then they can mourn him. Jimmy shows up at the station and Voight blames him and says he screwed him.

Voight goes to the jail and demands to see all the evidence. The guard who was with Olinsky just after he was stabbed tells Voight that he had an altercation with another inmate two days before and he is sure it was because that he was stabbed.

Voight got the video surveillance of when Olinsky was stabbed and there is the security guard just standing in a corner, he was obviously in on it. Antonio and Voight question the security guard named Dan, Antonio tells him they ran his financials and know that he received five thousand dollars an hour before the attack. Dan gives the guy’s name who stabbed Olinsky; he gets him removed from his cell and put in a storage room, Voight beats him and tells him things will go a lot better if he gives up who made him to it. Antonio is not happy that Voight beat up the prisoner, Voight says if he doesn’t like file a complaint and get off the case.

Woods is with Jimmy and asks him what the hell happens now; Jimmy wants to build a case against Voight. Jimmy says he has a potential witness, a woman who says she saw Bingham and Voight together the night of the murder. Woods is surprised she is coming forward now and wants her contact information.

Jimmy meets the woman at a cafe; she said she was getting stoned with Bingham when Voight barged in and came after him. She says she doesn’t know what happened and the reason that she is coming forth now is that she saw on the news that they arrested a different cop for Bingham’s murder; she tells him if he wants her help it will cost him twenty grand.

At the station, they have a new lead from a guy named Alberto Flores who visited Andre Gomez in prison, the guy who stabbed Olinsky. The guy won’t say who he works for and Voight takes a baseball bat to his legs. Alberto admits he told Andre to stab Olinsky and Carlos Delone told him to do it.

They head to Carlos’ house and his wife is there along with her mother who is in the country illegally. His wife gives him up, he is at a warehouse; she had no choice, otherwise, they will deport her mother.

Voight ends up on a roof of the warehouse with Carlos who tells him to take his bag which has four hundred grand in it. Carlos says he is not armed, Voight shoots him and says he had a gun in his waist band. Two city workers witnessed the whole thing and one of them screams that Carlos had his hands up and Voight had no right to shoot him.

At the station, the press is going crazy and Antonio denies that he saw anything. Antonio is called in for questioning, Voight is next.

Woods meets with the witness again and tells her that if she wants her money she needs to change her testimony; she saw Voight put a pistol to Bingham’s head, put him in his trunk and told him it was time to make him pay for what he did to his son. She agrees to say whatever he wants for the money. Woods then calls Voight and tells him they need to talk.

At Woods’ office, Voight arrives and tells him they have a witness that links him to Bingham’s murder. Voight tells Woods that it his ego that is making him go after him with this case. Woods says he loves him and he is willing to offer him a deal, if he admits to killing Bingham he will do 5 years, maybe 7. Voight asks about the witness, asks if she is credible. Voight gives her name, Kate, and tells him he knows about the 20 grand. Voight tells him that he had to choose, he had to turn him into internal affairs, it is over.