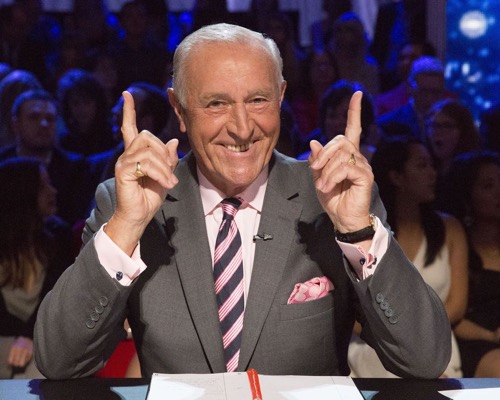 Tonight on ABC the glitz and the glimmer returns to the ballroom as Dancing With The Stars Athletes season 26 episode 4 finale airs! We have your all-new Monday, May 21, 2018, season 26 Week 4 “Winner Announced” Dancing With The Stars recap below! On tonight’s DWTS Season 26 episode 4 as per the ABC synopsis, “A winner is crowned after the fourth and final week of competition, which features two dances from each finalist, including a freestyle dance. Also: The season’s full roster of contestants reunite for a dance number.”

Tonight is the night we will find out after 3 weeks of competition who will win the Mirror Ball Trophy.  Each of the athletes will dance two dances in tonight’s final episode. First up tonight is:

Tonya Harding and Sasha Farber dancing the Viennese Waltz to “The Time of My Life” by David Cook.

Judges Comments: Len: I have to be honest, you haven’t had an easy journey, I’ve got to say you danced tonight with elegance and sophistication and you’ve had great control. Right on time, beautifully done, great start to the finale.” Bruno: “I am watching a born-again Tanya, you dance as if a weight has been lifted from your heart. Rejuvenated, radiant and enjoying the moment.” Carrie Ann: “What a truly incredible journey this has been for you, I’ve really enjoyed it. What I find most attractive about your dancing is that your moment has real meaning to it. Tonight you were a little more nervous than usual, whatever is, let it go.” Judges Scores: Carrie Ann: 8 Len: 9 Bruno: 9 = Total 26/30

Josh Norman and Sharna Burgess dancing the Foxtrot to “Conqueror” by Estelle and Jussie Smollett.

Judges Comments: Bruno: “The beast has been tamed by the beauty. You have come so far.” Carrie Ann: “I think that you really bring to life what this whole season is about, you are competitive and bring your excellence to a new form of art. There is poetry there that was not there in the beginning. Len: “You have had an ease and elegance about your dancing, you had a great style but you messed up a bit, still well done.” Judges Scores: Carrie Ann: 9, Len: 9, Bruno: 9 – Total 27/30

Adam Rippon and Jenna Johnson dancing Jazz to ‘Anything You Can Do” by the Broadway cast of “Annie Get Your Gun.”

Judges Comments: Carrie Ann: “You need to take that to Broadway. You two are like the wonder twins of dance. End of story, amazing.” Len: “Carrie Ann, anything you can say, I can say better. Fantastic.” Bruno: “It had whit, humor but technically it was brilliant, your timing and footwork were flawless, excellent.” Judges Scores: Carrie Ann: 10, Len: 10, Bruno: 10 = Total 30/30

Tony Harding and Sasha Farber dancing Freestyle to “I Will Survive” by the Pussycat Dolls.

Judges Comments: Len: “It was full of fun, energy, you put everything you had into it, it was terrific, well done.” Bruno: “You have become the ultimate disco diva, Monday night fever, you were dancing like your life depended on it and you nailed it.” Carrie Ann: “Give me a hug, that was so awesome and I love you. So much joy and so much fun, way to go.” Judges Scores: Carrie Ann: 10, Len: 10, Bruno 10 = Total 30/30

Josh Norman and Sharna Burgess dancing Freestyle to “Walk on Water” by Thirty Seconds to Mars.

Judges Comments: Bruno: “Josh, you are wet and people are getting really hot. That really was a strong performance, heroic and you were the leader of the pack, you knew who the boss was in that dance.” Carrie Ann: “First of all, Sharna, that was probably the most incredible piece of choreography you have ever done. It was so powerful, I saw a champion out there.” Len: “There is no way that you are the underdog in this competition, trust me. It was brilliant, it was great, well done.” Judges Scores: Carrie Ann: 10, Len; 10, Bruno: 10 = Total 30/30

Judges Comments: Carrie Ann: “Your style was incredible, I can’t fault you for what you did but I felt like you were missing something. Tonight there were moments where you blanked out a bit.” Len: “What it lacked in convention it had in the invention. It was so modern and to the point.” Bruno: “It was New York haute couture, I am telling you it was absolutely fabulous darling.” Judges Scores: Carrie Ann: 9, Len: 9, Bruno:10 = Total 28/30

Time for results, votes have combined from last and this week. The winner and champions of Dancing with The Stars Athletes are ADAM RIPPON And JENNA JOHNSON.