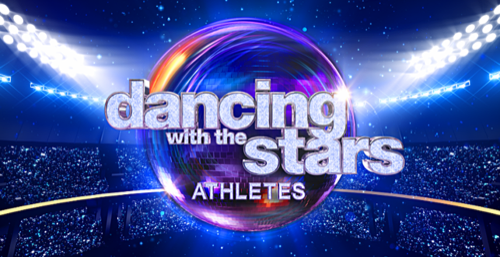 Tonight on ABC the glitz and the glimmer returns to the ballroom one last time as the finale of Dancing With The Stars season 26 premieres! We have your all-new Monday, April 30, 2018, season 26 Week 1 “Premiere” Dancing With The Stars recap below! On tonight’s DWTS Season 26 episode 1 premiere as per the ABC synopsis, “Sports fans rejoice as one of the most competitive seasons of “Dancing with the Stars” ever fires up the scoreboard and welcomes 10 determined athletes who will take to the ballroom floor for their first dance. This season’s lineup of athletes includes Olympic figure skaters, a former Los Angeles Lakers superstar, an NFL cornerback and a former World Series-winning Major League Baseball player, among others – all vying to win the coveted Mirrorball trophy”

Make sure to bookmark this spot and come back from 9 PM – 11 PM ET for our Dancing With The Stars recap. While you wait for our recap make sure to head over and check out all our DWTS recap, spoilers, news & videos, right here!

Tonight the glitz and the glamour returns to the ballroom and we have a special DWTS it is the season premiere of Dancing With the Stars Athletes.  This promises to be one of the most intense seasons.  We are moving fast at the end of tonight’s show two athletes will be eliminated. So let’s get started.

Chris Mazdzer is a luger and says that coming out of the corner it is like being shot out of a cannon. When he won the silver medal in Korea it was a culmination of a lifetime of hard work.

Comments: Len: “What a joy to be among fellow athletes, I was so impressed with you Chris, you had style, you had confidence, there was just one little scary bit when you kept looking over, but the rest, well done.” Bruno: “You broke the ice nicely with that one. I like what you’ve done already, the king of luge gets into the groove. You had good action, but don’t let your free arm go loose, as a first dance very exciting and very good.” Carrie Ann: “I think I speak for all the women. You are incredible, the choreography was jammed pack. You have so much potential.” Scores: Carrie Ann: 7, Len: 7, Bruno: 7 = Total: 21

A legend, he’s been called the greatest basketball player of all time and a sixth-time champion, Kareem Abdul-Jabbar, he has played 20 years in the NBA and was awarded the Presidential Medal of Freedom.

Comments: Bruno: “Well how can I possibly criticize a national treasure. It was like being in the presence of a monumental golden idol. You didn’t over dance, you kept it simple and well done.” Carrie Ann: “This is exactly what our audience loves, you entertained us, so much energy, it was wonderful but you need to get a little groovier.” Len: “If I was scoring on admiration, it would be a ten from me. You came out and you gave it your all, you need to loosen up, well done, congratulations.” Scores: Carrie Ann: 6, Len: 5, Bruno: 6 = Total: 17

Jennie Finch Daigle is best known for being a softball pitcher in the Olympics and brought home the gold. Jennie lives on a ranch with her three children and her husband.

Comments: Carrie Ann: “That was such a joy, I can tell that dancing is all new for you by the way you move but what I like most is that you attack every movement full out. You are very earnest, I sense your competitive nature and I think it is going to take you very far. Try to rely on your partner more.” Len: “This is a tough dance, I saw elements of the dance, you have to watch out for your left hand, overall you did a good job.” Bruno: “You have a fresh quality about you, this is all about maintaining control with sophistication and elegance.” Scores: Carrie Ann: 7, Len: 7, Bruno: 7 = Total: 21

One of the top snowboarders in the world, Jamie Anderson always loved playing in the snow and fell in love with snowboarding at an early age, she is a two-time Olympic medalist.

Comments: Len: “This was a little bit skippy sometimes, however you had personality and there was elegance about your dancing, well done.” Bruno: “You started very well, like Elsa from Frozen right before our eyes, then you hit a slippery patch. You are going to come back, but you need to be careful, never lose the flow.” Carrie Ann: “You are way more elegant than you think you are. You were nervous and you were rushing, that is what messed you up. You did very well though.” Scores: Carrie Ann: 6, Len: 7, Bruno: 6 = Total: 19

Mirai Nagasu is used to pushing the limits of the chance of reaching her goals. She doesn’t remember a time when she wasn’t figure skating, she is the first lady to land the triple axel at the Olympics and winning a medal meant everything to her.

Comments: Bruno: “That was a spicy Salsa, you maintained and landed the rhythm, you had a lot of attacks. Try not to over attack.” Carrie Ann: “You were a boss out there, we only have four weeks, watch your head bobbing, calm down a bit and bring in your eagerness; great job.” Len: “It was full of vim, vigor, and vitality, the lifts were great, I thought the dance was so terrific, well done.” Scores: Carrie Ann: 7, Len: 8, Bruno: 8 = Total: 23

Arike Ogunbowale is a guard for the University of Notre Dame women’s basketball team; and after two shots that she made, they are now the national team in the country.

Comments: Carrie Ann: “I am really impressed, you have a real ease with yourself on the dance floor. You have your own style and you are really loose, I want to see you in heels next week.” Len: “It was fast-paced and energetic, just what you want to see but I would have liked to see a little more hip action going on. Other than that, you did a great job.” Bruno: “You make me really want to join you, as a performer you draw people in. One thing, be careful, watch your shoulders, open them up.” Scores: Carrie Ann: 7, Len: 6, Bruno: 7 = Total: 20

Adam Rippon earned a bronze medal with the US men’s figure skating team and said it was his dream to be on DWTS, he is the first openly gay winter Olympian.

Comments: Len: “I think that was good. It was crisp and clear, a couple of funny moments but I don’t mind that, I really enjoyed watching you.” Bruno: “The angel of the boardroom with the hip action of the devil; everything I like. The finish of your lines and synchronizing with your partner was amazing. Well done.” Carrie Ann: “All the kids across America are going to be doing your walk all week. You were born to do this show, this is your thing. It was fantastic, you are both a match made in heaven.” Scores: Carrie Ann: 8, Len: 8, Bruno: 8 = Total: 24

Johnny Damon is a two time World Series Champion, he first discovered baseball at six years old, winning the World Series was everything he ever dreamed off.

Comments: Bruno: “Happy Shuffling around from the Field of Dreams to the dance floor. Did it all go smoothly, no, but it was a very complicated routine? This dance is very demanding, footwork and timing were not effortless but it will get better.” Carrie Ann: “You are adorable, there is something effortless about the way you dance. I think you are going to do well, watch your hold though, get that frame right.” Len: “The problem is once you get into hold it is difficult, that was the bit that I didn’t like, it is a very technical dance. I salute you though.” Scores: Carrie Ann: 6, Len: 6, Bruno: 6 = Total: 18

Tonya Harding, when people hear her name the think many things; two time US champion, world silver medalist, two time Olympian, the first American woman to do the triple axel in competition, she was the best figure skater in the world and had it taken away from her as she was banned for life.

Comments: Carrie Ann: “You are a beautiful dancer. You have something so powerful, your lines are gorgeous, there is an eloquence, a depth to your performance, the mind body and music connection that you just displayed blew me away.” Len: “I thought it was a charming dance, beautiful fluid movement, great mix of steps in hold and out of hold, you shouldn’t be weeping, you should be happy because that was a lovely performance.” Bruno: “I wasn’t expecting you to have such a lyrical quality of movement, one tiny thing, watch your neck shoulder placement.” Scores: Carrie Ann: 8, Len: 8, Bruno: 7 = Total: 23

Washington Redskins all Pro Quarter Back, Josh Norman is best known getting intimidating other players and feels like he is the best player on the field.

Comments: Len: “I thought that was bright and breezy, free and easy, full of rhythm and style, you are just another one of a long list of footballers that can dance.” Bruno: “Star quality, charisma, sex appeal, you’ve got it. I could see the excitement building up and spreading through the nation. You have natural musicality. You are the one to watch.” Carrie Ann: “I agree with Bruno, not only do you have finesse, you have something special like the X Factor. You’ve got the moves, it is all good, I am going to crown you fly guy of the night.” Scores: Carrie Ann: 8, Len: 8, Bruno: 8 = Total 24

Live votes from tonight have been combined with the judges’ scores, the first couple in jeopardy is: Jamie Anderson and Artem Chigvintsev, Jamie Johnny Damon and Emma Slater and Tonya Harding and Sasha Farber. After one dance, two of these couples will be going home. The couple who is safe is Tonya Harding and Sasha Farber. This means that Jamie Anderson and Artem Chigvintsev, along with Johnny Damon and Emma Slater are going home.