Days of Our Lives Spoilers: Andre Pushes Gabby For Full Confession, Stefan Struggles to Stop Her 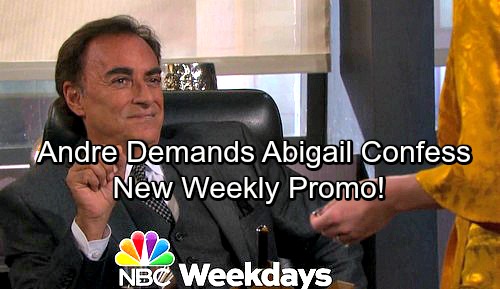 Days of Our Lives (DOOL) spoilers tease that Stefan (Tyler Christopher) has a big week ahead of him. For starters, he’ll have to deal with Abigail (Marci Miller) and her alters. “Gabby” and “Dr. Laura” will certainly keep Stefan busy in the coming new Days episodes next week, March 12-16. Whenever Abigail transforms into another personality, she tends to gravitate toward Stefan’s room.

Stefan will eventually fill Vivian (Louise Sorel) in on Abigail’s worsening condition. Vivian may once again wonder if they should turn Abigail over to the cops. She doesn’t seem to care about Abby’s mental state. Viv just doesn’t want to go down for Andre’s (Thaao Penghlis) murder! 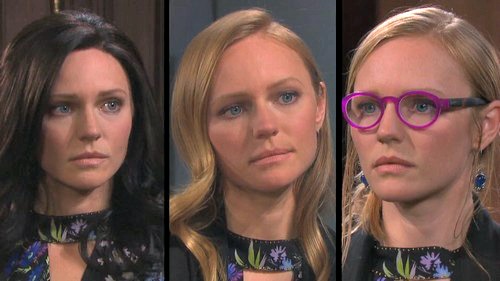 However, Days spoilers say Stefan will remind Vivian of what’s at stake. They were at the scene of the crime that night and they can’t risk letting Abigail run her mouth. There’s no predicting what she’ll blurt out in “Gabby” mode.

Of course, Stefan will mainly want to protect Abigail. That could become tougher after “Gabby” makes a shocking decision. Days of Our Lives spoilers reveal that “Gabby” will have an emotional conversation with Stefan. Perhaps some guilt will hit about what she did to Andre.

“Gabby” couldn’t wrap her head around the fact that the real Gabi (Camila Banus) was charged with this murder. She may choose to ignore what Stefan told her and just move on. DOOL fans can expect a tricky situation when “Gabby” announces her plans. She’ll vow to do something bold, but Stefan will do everything he can to stop her. 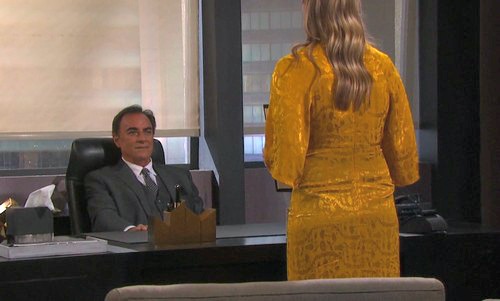 Will “Gabby” insist on giving the cops a full confession? Could she head over to the police station to clear all this up? Stefan would obviously think that’s a terrible idea. He can’t let Abigail waltz in with her wig and fake hint of an accent. Abby would immediately be thrown in a mental institution and that’s not what Stefan wants. Despite her serious issues, Stefan still has feelings for Abigail.