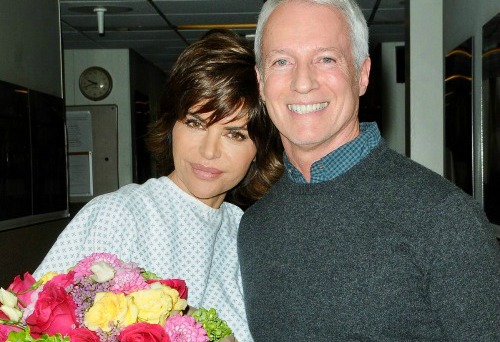 Days of Our Lives (DOOL) spoilers tease that Billie (Lisa Rinna) will come to John’s (Drake Hogestyn) rescue on Friday. After he tells the ISA goon that Paul (Christopher Sean) and Will (Chandler Massey) are dead, John will have to provide confirmation. He’ll take this thug to see the corpses, but they won’t be there. That’s because Will and Paul are actually being held hostage.

John will eventually pull a gun on the man who’s threatening him. This is all part of a larger ISA mission, so there’ll be plenty of other brutes who could take his place. However, Days of Our Lives spoilers say John will just focus on staying alive. When the thug tries to grab John’s weapon, they’ll get into a fierce struggle. 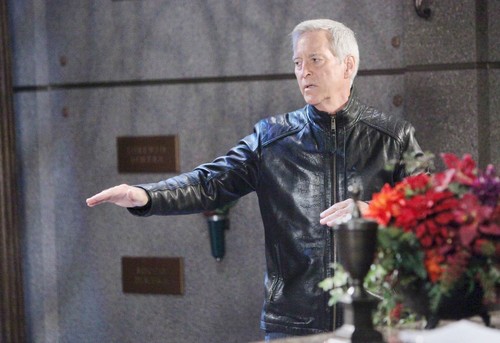 That’s when Billie will arrive with a weapon of her own. Days spoilers say she’ll fire a shot, so this ISA guy will probably end up dead. Unfortunately, those other threats we mentioned could be lurking. It’s also possible that that the goon will pump a bullet in Billie before he goes down.

Regardless, Billie will land in hospital next week. Days of our Lives spoilers hint that Billie may be in a desperate fight for her life! She’ll be rushed in for treatment, so Kayla (Mary Beth Evans) and her team will undoubtedly do whatever they can to help. Once John comes clean about everything that’s been going on, it should be a real shock for Kayla, Steve (Stephen Nichols) and Marlena (Deidre Hall). 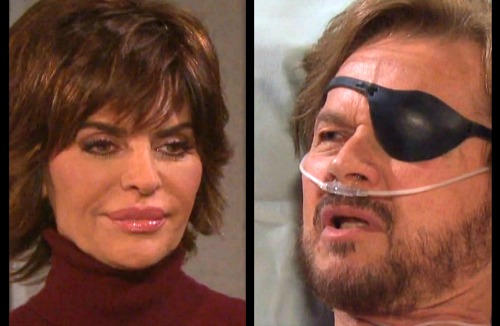 Nevertheless, saving lives is what’s most important. There’ll be time for Kayla to seek more answers later. DOOL fans can expect some scary moments as Billie tries to survive. It looks like Billie’s going to be OK, but that won’t stop Kate (Lauren Koslow) from blowing her top. When she finds out Billie was harmed because of John, she’ll definitely lash out at him.

John’s got some major guilt headed his way. He already feels bad about what he’s been doing to Steve, but Kate will pile on Billie remorse as well. We’ll give you updates as other Days news comes in. Stick with DOOL and don’t forget to check CDL often for the latest Days of Our Lives spoilers, updates and news.