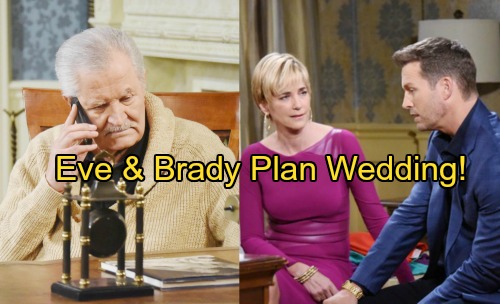 Days of Our Lives (DOOL) spoilers tease that Brady (Eric Martsolf) will find out about Maggie’s (Suzanne Rogers) shocking move. When he learns Maggie walked out on Victor (John Aniston), he’ll wonder if it’s time to confess. Brady will worry that too many people are getting hurt thanks to this plot. He just won’t know if it’s even going to be worth it in the end.

Of course, Brady’s feelings for Eve (Kassie DePaiva) will be a big part of his reservations. He’s falling for her and that’s complicating his plan to bring her down. Brady sees how great Eve is with Tate and he can tell she has a good heart. Eve’s also been through a lot since she lost Paige (True O’Brien), so it’s truly cruel to dupe her like this. 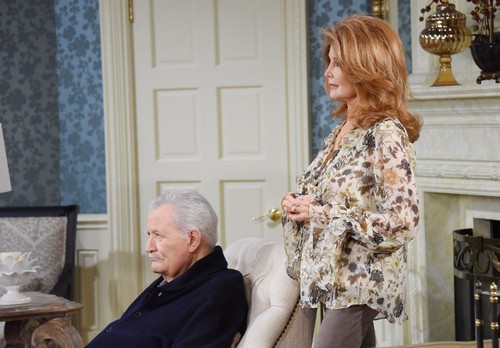 However, Brady may be in too deep. Coming clean now could mean destroying his bond with Eve. That may not be something he’s willing to do. Brady will tell himself he’s going to stick to his scheme, but he probably just won’t have the courage to break things off. It would hurt him just as much as Eve at this point.

Days of Our Lives spoilers say Brady’s plot will press on. He vowed to marry Eve and take everything from her, so he’ll try to get the marriage ball rolling. Brady will drop some hints about tying the knot on next week’s new DOOL episodes, March 5-9. He may give an informal proposal and hope that Eve gets on board. 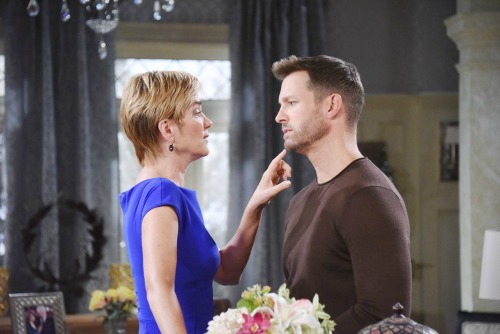 DOOL fans can probably expect Eve to fight Brady on this. She was adamant about wanting more than just sex, so now they’re getting to know each other. A date or two isn’t enough to see if they’re compatible! Nevertheless, Days spoilers state that Brady will do his best to move this along.

Will Eve eventually cave in? She’ll work with Brady to plan a spur-of-the-moment wedding next Friday, March 9, so it’s possible. There’s no word yet on whether that wedding’s for them or another Days couple, but Brady could try to put a ring on it either way. 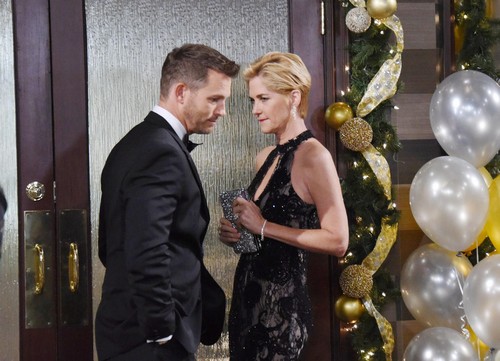 Fortunately, there’s still time for Brady to change his mind. Perhaps he’ll stop the nuptials and admit he can’t do this. Brady could confess what he’s been up to and insist that he wants to build a real relationship now. They could start over without all the deception and plotting.

Then again, Brady might go through with it and admit his wrongdoing afterward. Regardless, it’s clear that Brady wants to be with Eve. Their relationship will likely be on solid ground when Theresa (Jen Lilley) returns this May.

Are you looking forward to all the sister drama ahead? We’ll give you updates as other Days of Our Lives news comes in. Stay tuned to DOOL and don’t forget to check CDL often for the latest Days of Our Lives spoilers, updates and news.