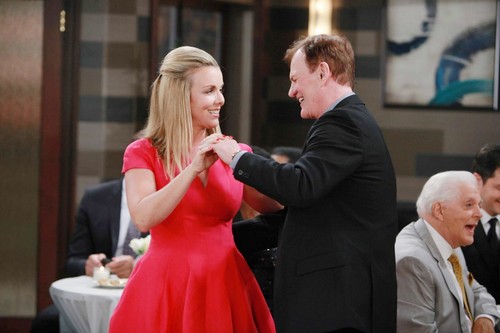 Days of Our Lives (DOOL) spoilers tease that Carrie’s (Christie Clark) comeback will bring major drama. First, Carrie will be on a mission to clear Anna’s (Leann Hunley) name. Since Roman (Josh Taylor) lied to give Anna an alibi, Carrie may have to go to bat for him, too. She’ll feel like Anna always ropes people into her messes, but she’ll still want to get her parents out of trouble.

However, it seems Carrie will cause some trouble of her own. Days of Our Lives spoilers say Carrie will become privy to Rafe’s (Galen Gering) secret. She’ll eventually reveal that she knows about Rafe’s hookup with Sami (Alison Sweeney). Rafe thought he took care of the only possible threat. Ciara’s (Victoria Konefal) willing to keep quiet, so Rafe was almost off the hook. 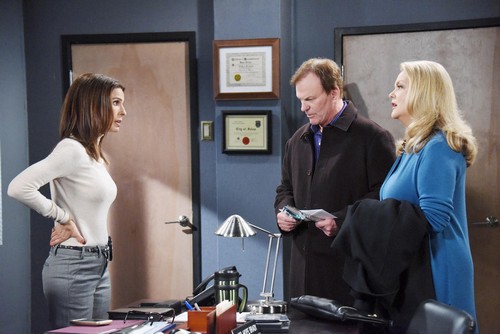 Of course, no one ever avoids consequences indefinitely on Days. DOOL fans know there’s always a price to pay after dumb mistakes. Rafe made his first one when he slept with Sami immediately following his breakup. He was technically single at that point, but Hope’s (Kristian Alfonso) bound to be hurt. Rafe didn’t have to jump right into bed with his ex!

Still, this would’ve been so much easier if Rafe had come clean from the start. He made it worse by lying and that was his second error. Days of Our Lives spoilers say Carrie may rev up the pressure. She might even use Rafe’s secret against him. Carrie could promise to keep her mouth shut as long as Rafe makes the charges against Anna go away. 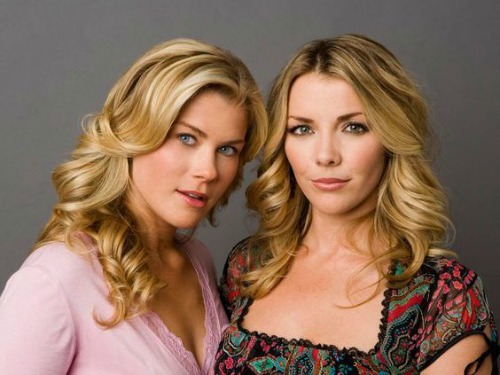 If Rafe went along with the idea, it could raise some red flags for Hope. She might wonder why Rafe was suddenly backing off. Fortunately, Rafe may avoid the blowup a bit longer. As other suspects emerge, it could take the heat off Anna – and Rafe as a result.

Nevertheless, Rafe will have to face the music sooner or later. The fact that Carrie knows could lead to big problems. If she has loose lips, someone else might learn the news. As more people are brought in the loop, this secret should become hard to contain.

Days spoilers hint that Hope and Rafe’s relationship will be in jeopardy. Once the truth is exposed, will Hope call off the wedding? She’d be wise to! We’ll give you updates as other DOOL details emerge. Stick with the NBC soap and don’t forget to check CDL often for the latest Days of Our Lives spoilers, updates and news.