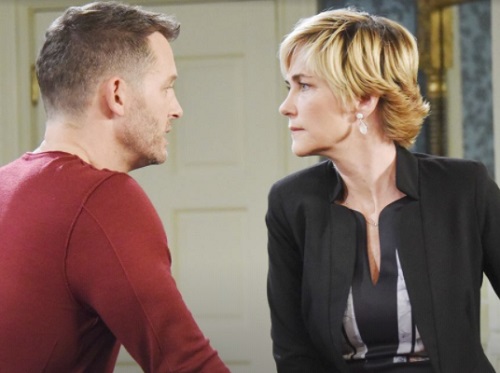 Days of Our Lives (DOOL) spoilers tease that Brady’s (Eric Martsolf) luck will finally change. Claire’s (Olivia Rose Keegan) scheming will pay off in more ways than one. She’s going to be the New Face of Bella, so Brady’s (Eric Martsolf) scoring a victory of his own. That means he’s getting a second chance with the woman he loves.

Brady will gladly gloat to Eve (Kassie DePaiva) about his pick coming out on top. He’ll hope that she intends to keep her end of the bargain. DOOL fans can tell Eve actually wanted Brady to win. She was furious about the sneaky plan Brady cooked up with Victor (John Aniston), but things have cooled down considerably.

It seems like Eve wanted to forgive Brady from the get-go. Her pride was just wounded, so she made him work for it. Days of Our Lives spoilers say Brady will want to start over. A bet’s a bet! Brady will remind Eve that she said she’d give him another shot if he won this wager.

Eve will admit she needs to honor their agreement. When Brady proposes a date, Eve will get on board with the idea. Days spoilers state that these two will get their romance back on track. Eve won’t want to admit it, but she’ll be thrilled that their relationship is starting to heal. She’ll open her heart again and Brady will be over the moon.

Unfortunately, it won’t be long until another round of drama hits. As we mentioned, Claire’s a dirty cheater! She obviously can’t get away with it forever. Claire’s shady partnership with Wyatt (Scott Shilstone) will inevitably be exposed. 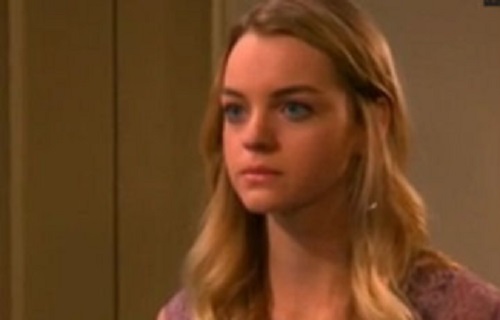 Days spoilers say Eve will assume the worst of Brady when she realizes the results were rigged. She’ll be livid that he once again resorted to plotting. Brady will insist that he’s innocent, but Eve may have a hard time buying it. He hasn’t done much to prove himself just yet.

Nevertheless, the real story has to come out eventually. Days of Our Lives spoilers say Claire’s confession could clear this up and bring an apology. Eve may tell Brady she’s sorry and ask if they can still reunite. Since Brady earned the doubts, he probably won’t hold a grudge over a silly magazine contest.

This is all going down just before Theresa’s (Jen Lilley) return in May! Will Eve and Brady be a solid couple by the time she hits Salem? We’ll give you updates as other DOOL news comes in. Stay tuned to the NBC soap and don’t forget to check CDL often for the latest Days of Our Lives spoilers, updates and news.

It seems that Andre will be on Monday’s #DOOL. I remember it well in B&W. It’s intense & some of Carlivarti’s best written scenes. Loved working with @MarciMiller on this. We always sang well together. Let me know your thoughts. Life continues.